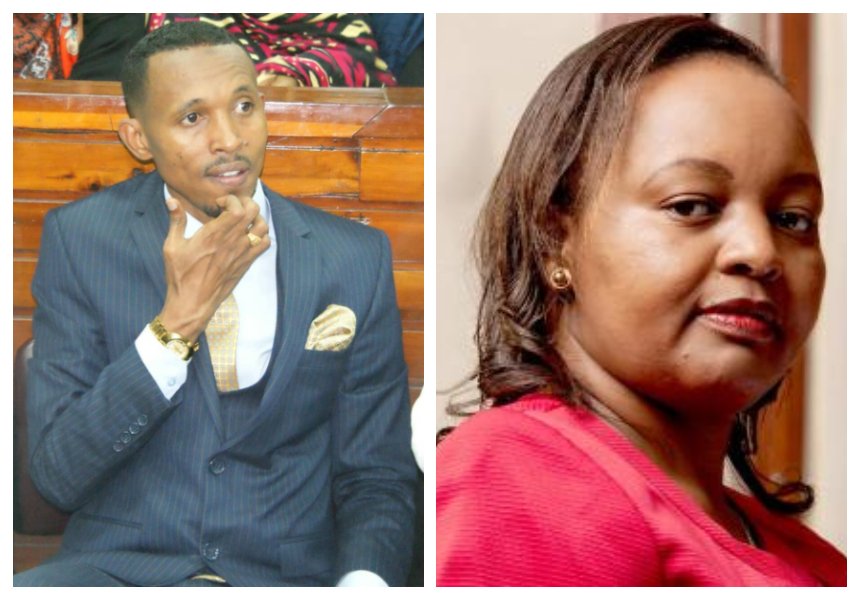 Mohammed Ali has dragged back Anne Waiguru’s name into the NYS scandal, the Nyali MP wants the Kirinyaga governor to be investigated for her involvement in NYS loot.

Waiguru was at the helm of Devolution Ministry when Kes 791 million was looted. Mohammed Ali has released a list of 10 people and 40 companies linked to the NYS loot. 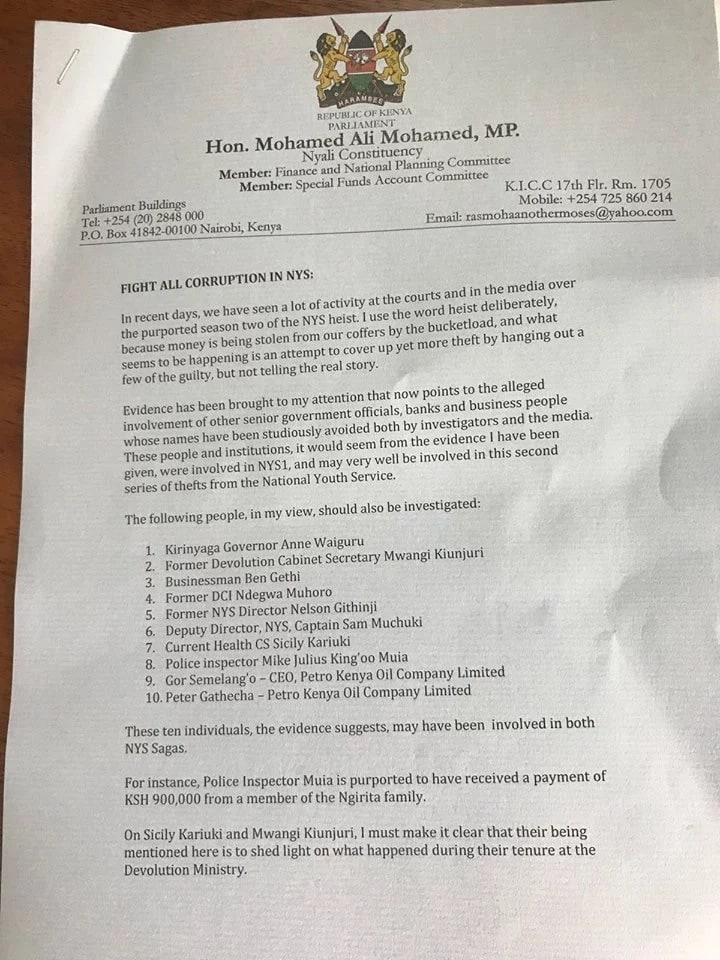 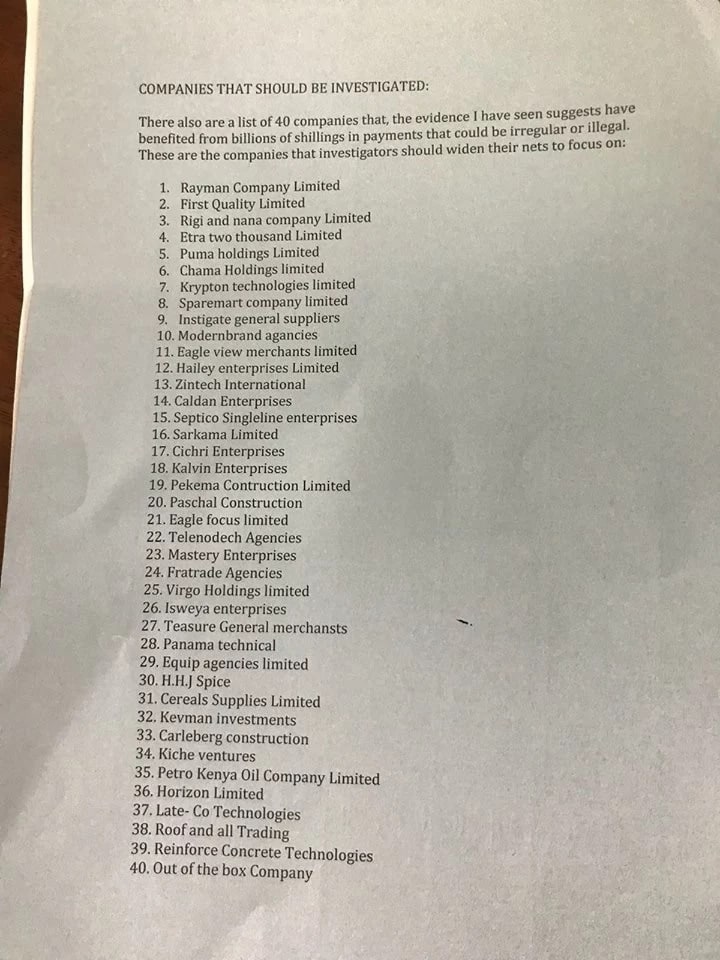 Waiguru has since threatened to institute legal proceedings against Mohammed Ali for what she terms as defamation. Through her lawyer Mohammed Muigai, the Kirinyaga governor termed Ali’s words as defamatory and meant to cause her to be ridiculed and treated with contempt and disdain.

Waiguru demands that Moha writes unconditional and unreserved apology failure to which she will institute legal proceedings against him.

“In light of the above, our instructions are to demand a written unconditional and unreserved apology, an immediate admission of liability further which we shall address the question of damages and your express undertaking not to utter any defamatory words against our client,” Waiguru’s lawyer demanded.