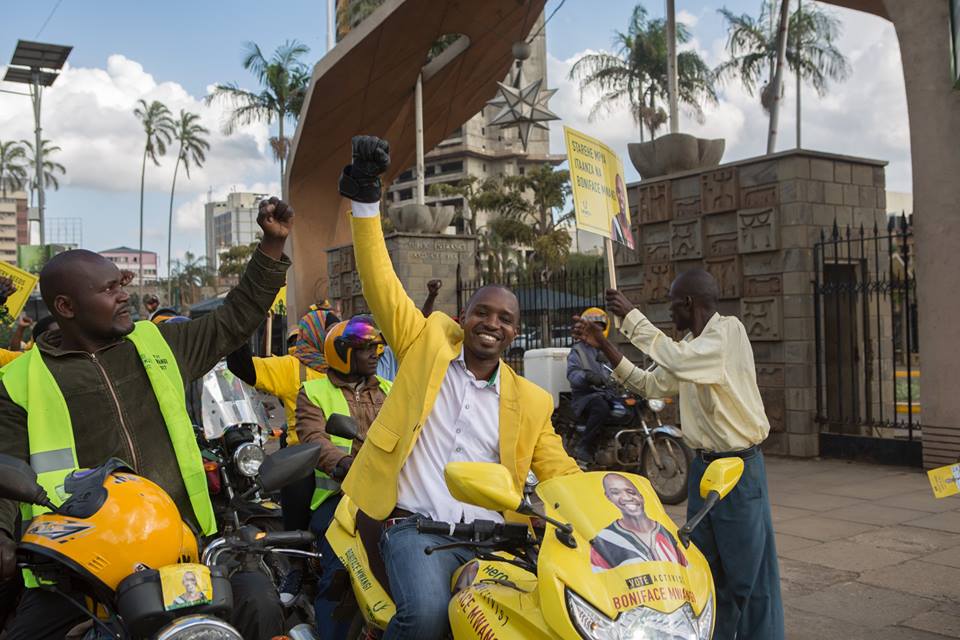 Boniface Mwangi has been asking ordinary citizens to contribute as little as 10 bob to his campaign, and surprisingly so far he has managed to raise millions of shillings.

The Rights Activist is eying Starehe parliamentary seat on Ukweli Party ticket, he’s embracing a campaign model of asking the electorates to finance his ambition of becoming a lawmaker.

A few hours ago, Boniface caused a stir when he revealed that he had managed to raise Kes 700,000 in just three days. 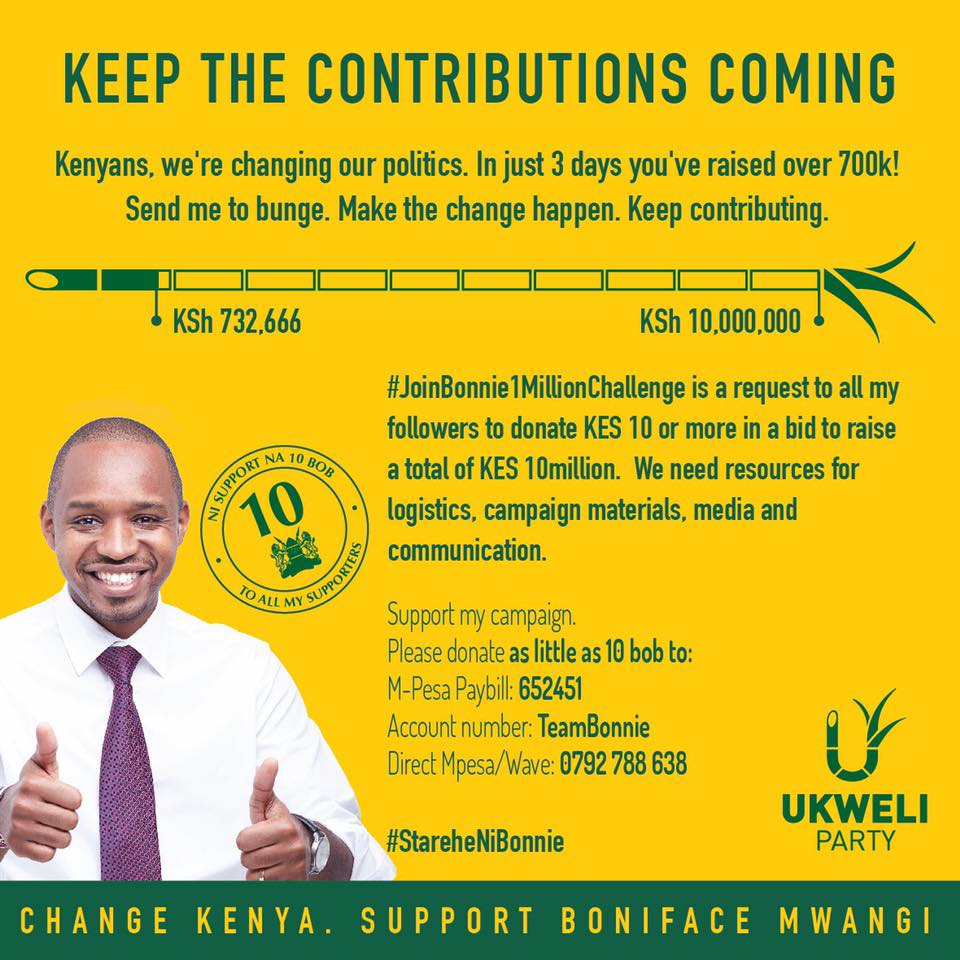 Last Friday June 2nd, Boniface disclosed that he had spent Kes 3.2 million on his campaign which was had been raised by well-wishers.

He stated that his budget for his campaign was Kes 13 million which he said would be used to pay campaign staff, print campaign posters, flyers, billboards, campaign merchandise etc.

“#JoinBonnie1MillionChallenge is a request to all my followers to donate KES 10 or more in a bid to raise a total of KES 10 million. I have over one million followers on all my social media platforms and I need your support to finish this race. We are winning Starehe. Let’s make history. Join the winning team.

“Together, we are creating a movement that is changing the narrative of how political mobilization is carried out in Kenya. We are facing and fighting opponents who stand for the status quo and broken system, cartels and strong business interests that don’t care about the needs of the common mwananchi. Our strength lies in standing together. 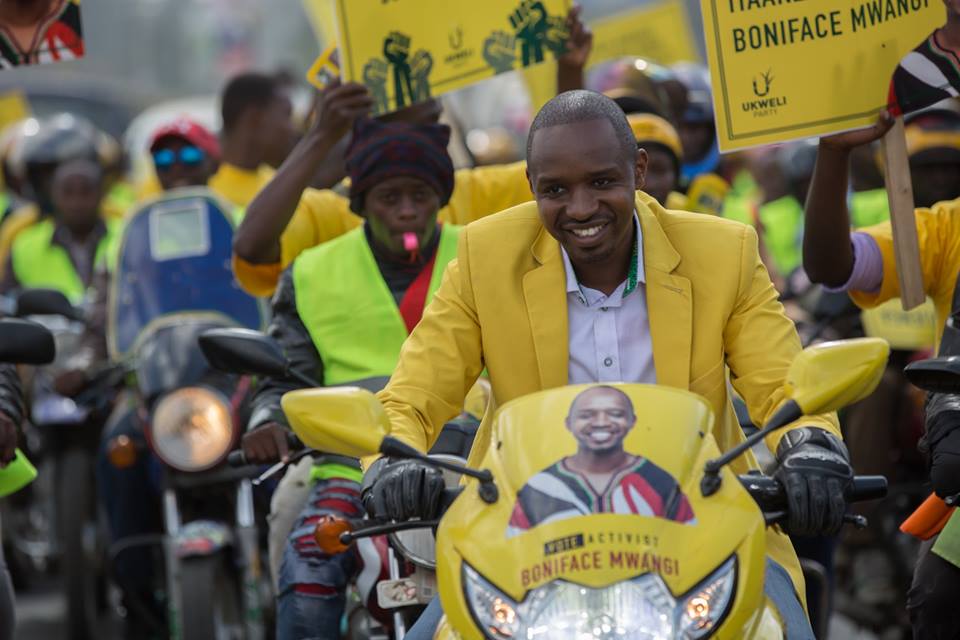 “Kenyans who have donated to my campaign, so far, humble me and I am deeply grateful. This week alone, I was at the bank and a young man approached and handed me KES 3,000 for my campaign; I was in traffic and a young lady I spoke to decided to donate KES 100; I was campaigning in Marigiti Market and a mama mboga trader donated KES 200. Just recently, people on social media came together to buy 1,000 motorbike reflectors. They donated about KES 200,000 in a record two days.

“To date, we have raised and spent KES 3.217 million donated by friends, family and well-wishers, many of whom l have never met. Please join me on this journey; with your financial and moral support, we are winning this race. My candidacy is wholly supported by friends and well-wishers. Without you, l wouldn’t have made it this far.

“The Independent Electoral and Boundaries Commission (IEBC) budget limit for an aspiring MP is Sh33.4 million, but my total budget for this campaign is Sh13 million. We don’t have a wasteful budget and we are running a tight campaign. We need resources to pay campaign staff, print campaign posters, flyers, billboards, campaign merchandise and my manifesto to be distributed to residents of Starehe. Be part of this great movement to take back Starehe. Contribute today. I appreciate your faith in me. Together we can win. To support my campaign, please donate to: M-Pesa Paybill: 652451. Account number: TeamBonnie Direct Mpesa/Wave: 0792 788 638 #StareheNiBonnie #JoinBonnie1MillionChallenge” Wrote Boniface.