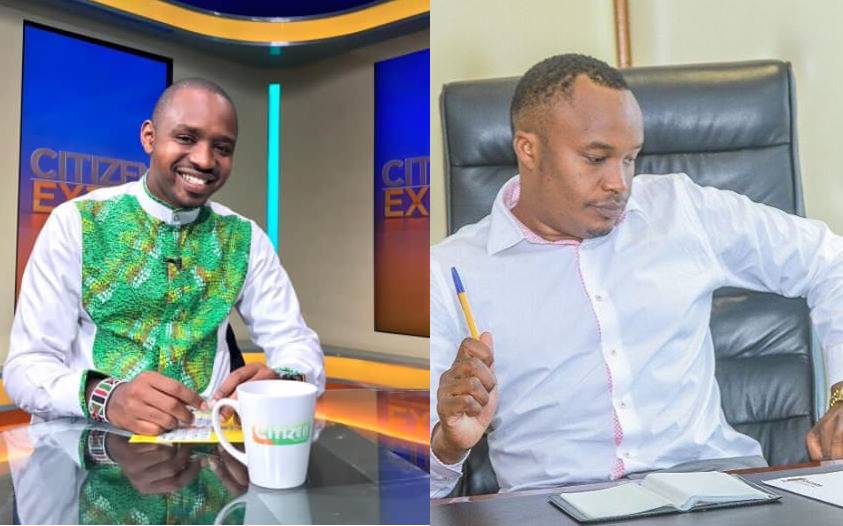 The race for Starehe parliamentary seat is deemed as a three horse race between Jaguar, Boniface Mwangi and Steve Mbogo. The Rights Activist is now blaming his rival for foul play.

Last Friday Boniface Mwangi was the guest anchor on Friday Briefing where he defended his candidature; he also went HAM on Jaguar and Steve Mbogo referring them as a socialite (Jaguar) and a conman (Steve Mbogo). Watch the interview in the video below:

Two days later, Boniface took to social media to produce evidence to prove Jaguar had been sabotaging his campaign in Starehe constituency. 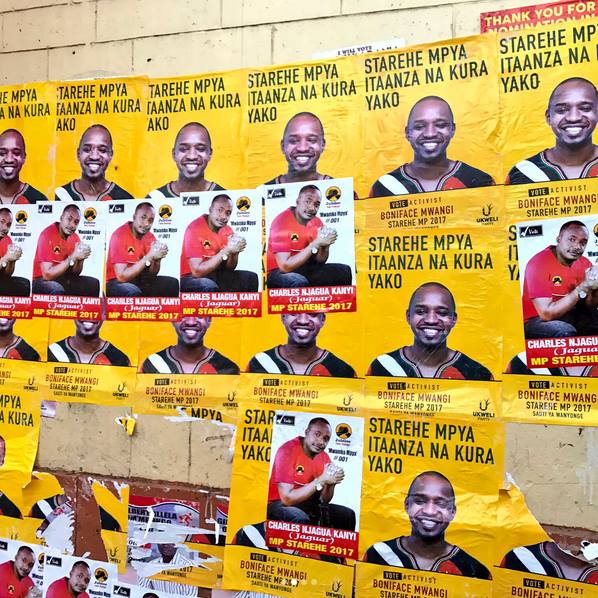 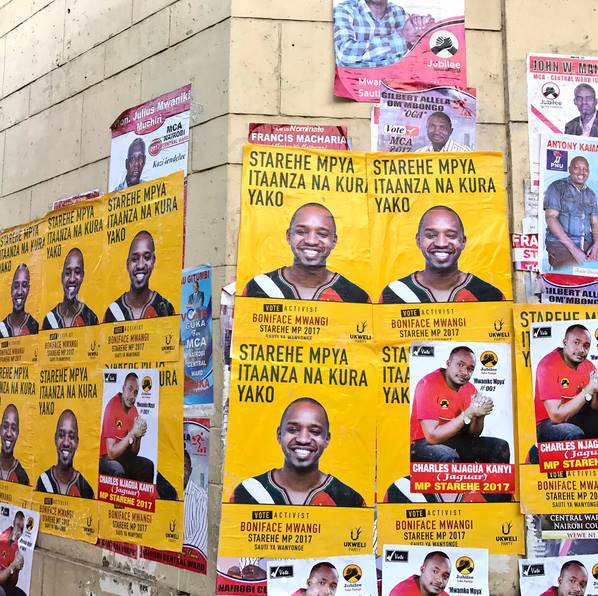 Boniface also referred his rival as a ‘cry baby’ who was too afraid to face him in a debate, he claimed Jaguar couldn’t articulate why he was vying for Starehe MP.

“Cry Baby Njagua can’t face me in a debate, can’t articulate why he is vying for MP but he is defacing my posters across #StareheNiBonnie #JoinBonnie1MillionChallenge” Boniface Mwangi wrote.