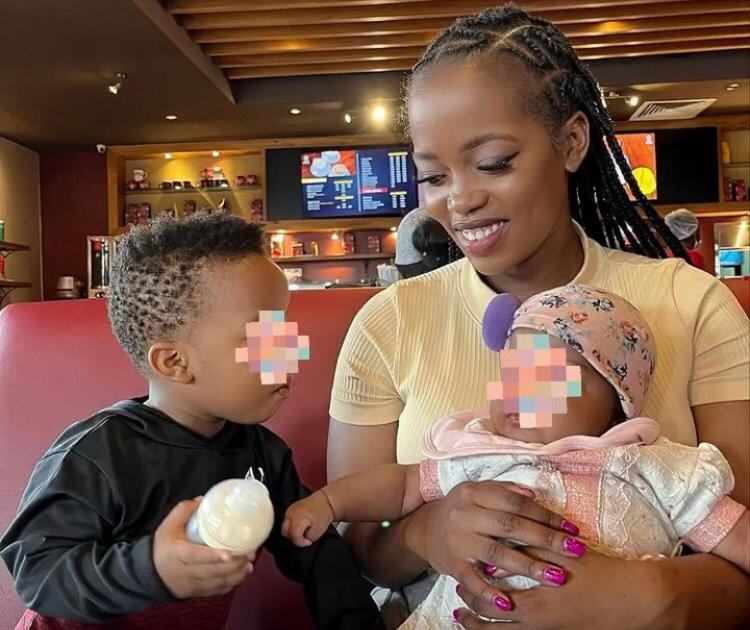 Corazon Kwamboka is dropping some bombshells online and okenrhrimg is for sure – it won’t stop here or now. Actually thanks to her latest post on social media we can promise that the heat is building up and someone or something will soon be exposed leaving us fans shocked. Mark my words.

Anyway with that said, Corazon Kwamboka now claims that she suffered depression to a point she actually begged for help; but since her new bae and his family were the only people helping her at the time – they apparently attempted to take her kids from her (Corazon) in the name of stepping in for her to recover.

Speaking about this through a detailed post shared on her page before pulling it down, Kwamboka narrated her unknown tale to her followers saying;

Women are so used to being traumatized by people around us. I mean do you draw the line? I’m pissed, I have been disrespected, tried, my best to co-parent and maintain an amicable relationship even with the disrespect I receive on daily for my kids.

According to Corazon Kwamboka she felt like the said family didn’t really care much about her or didn’t care enough to believe she was under postpartum depression. To them, helping her only meant taking away the kids from her; while she found a solution to her mental health.

My kids need a sane mother. I have told I did not have postpartum depression. Because I want not diagnosed. Postpartum kila siku. Were the statement said by a fellow woman. This is while my baby is less than 2 months. I was diagnosed with Clinical depression, I begged for help. I was told ‘Leta watoto tulee’ while you get your mental health right.

However having seen how this game was getting played right under her nose – Corazon Kwamboka says the thought of losing her babies forced herself to recover but still…looks like they’re not done with her.

I dusted myself, no one was going to make my kids. I rose like a Phoenix. Finally, I’m doing better. I have healed/Healing. I have an amazing man. You decided this is the time to torment me, expose me. for what? What do you achieve?

I guess it’s just the beginning of the whole drama.