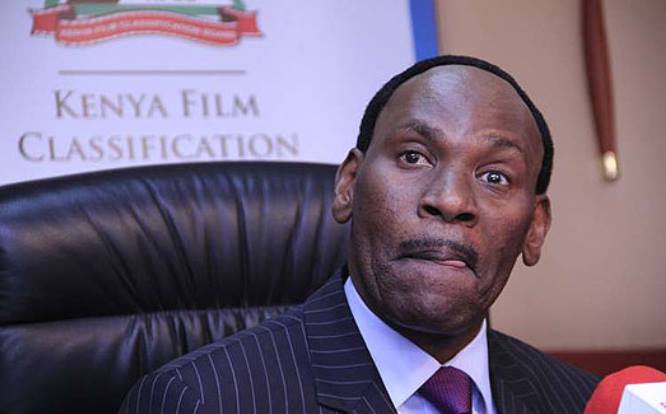 Ezekiel Mutua made a bold decision in January 2017 to restrain beer companies from airing beer adverts during watershed period. His decision was met with rebellion from concerned parties leading to a court battle.

The court yesterday May 16th ruled in favor of Mr. Mutua – meaning that he now has the power to regulate content, including adverts and that all audio visual material meant for public exhibition. 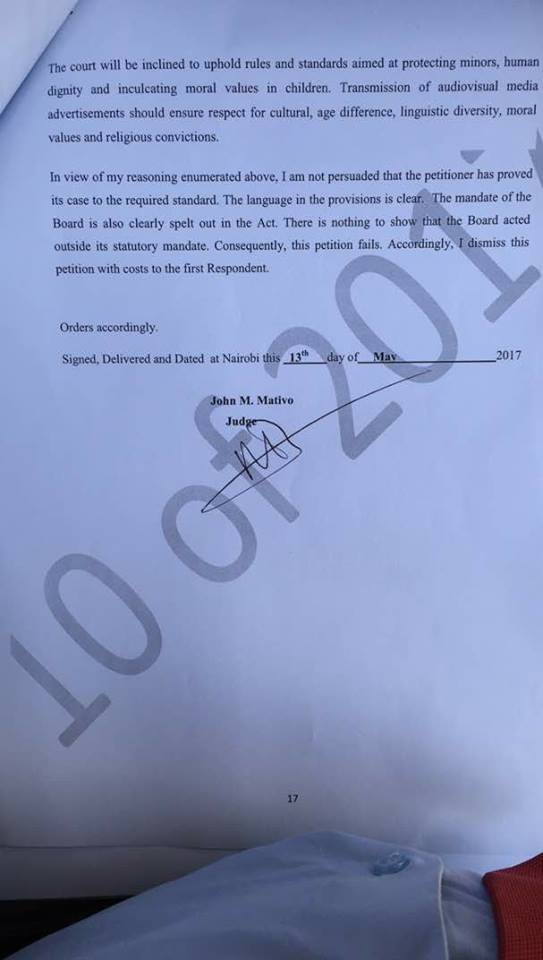 “In January this year KFCB obtained a temporary court order restraining beer companies from airing beer adverts during the watershed period and ordering that all audio visual adverts be submitted to the Board for rating and classification in line with the Films and Stage Plays Act Cap 222. Our case was based on our desire to protect children from exposure to harmful content. It was part of our campaign to promote moral values by enforcing the watershed period principles. Infortunately, the beer companies moved to the Constitutional Court to challenge our mandate arguing that we were overstepping and acting ultra vires. Other companies like Safaricom and media houses as well as advertising agencies were enjoined to oppose the ruling. Today the court has ruled that we have the mandate in the law to regulate content, including adverts and that all audio vidual material meant for public exhibition must be submitted to the Board for rating and classification. This is a landmark ruling that will bring sanity to the Media industry and solidify the position of the Board as the regulator of content in line with Cap 222 and the Programming Code for free to air radio and tv services in Kenya,” Ezekiel Mutua wrote.

The no nonsense KFCB boss taunted Kenyan media following his win, he said that the media could not cover his win because the win goes against their business interests. He also stated that a corrupt media was the WORST enemy of Kenya. 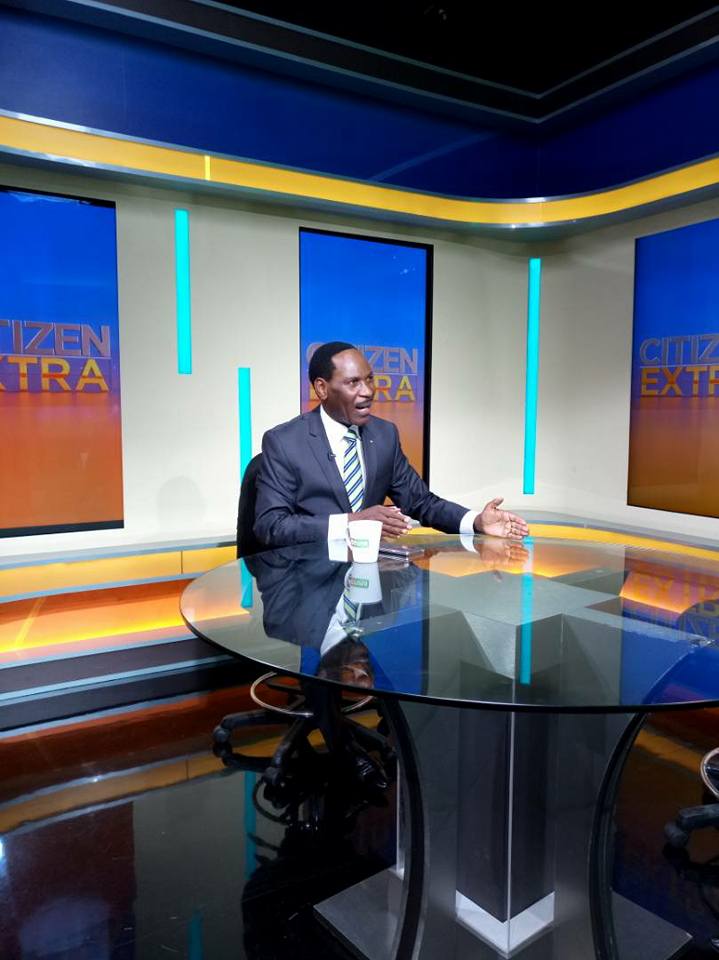 Ezekiel Mutua in a past interview at Citizen TV

“The mainstream media will not cover this. They don’t cover anything against their business interests because their principle drive is profit. They have sacrificed moral values at the alter of profits. They demonize and vilify anyone who stands on their way. Our worst enemy in Kenya is the corrupt and unethical media. This country will never achieve meaningful development when the Media is run by corrupt cartels who underpay journalists and take partisan positions for money. The media ought to be the custodian of public interest and should be objective, accurate and fair. The worst enemy of Kenya is not the Government. It’s not politicians. It’s corrupt media!” Wrote Ezekiel Mutua.