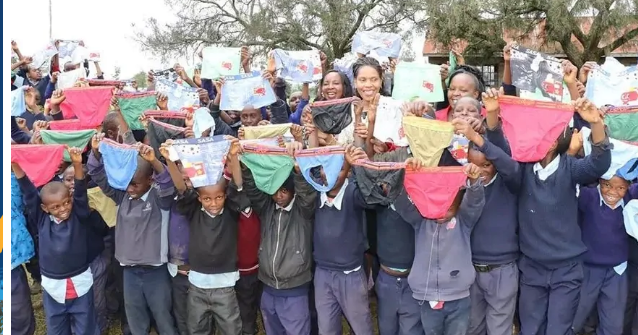 Nyandarua First Lady Anne Kimemia, in a recent quest to empower boy child, ended up leaving many an impressed.

Kimemia went to Munyeki Primary school and gave the inner wear to the boys but social media blasted her claiming that the undies were to big for the boys and also a wrong move.

The donation sparked a huge argument on Nyandarua People’s Assembly Facebook page as some people argued that it was still a good move while others preferred she would have donated books.

Veronicah Mutula Can’t imagine the scenario at home when the kids get home giggling telling the parents (tumepewa kitu shule) then the parents are like ‘what is it’?while getting a little anxious only to see an underwear not even good enough for grandpa!!! This is foolishness?? Are their stomachs full?? Are there enough text books in the school??? Good classes??? Enough teachers??

Nelson Kosgei Magen Honestly.perfectly and with consideration of ones opinion..I dnt want to hurt anyone in my comment but let me just let them know.it is hurting though…..oooh i have just forgotten what i am about to say.Thank you for your attention!

Bilha Mundia Will those kids eat those underwear coz at the end of the day they will go Home hungry nkt I wish she gave them a better future coz those won’t last long ad its only 30bob to buy.So Down In Thinking 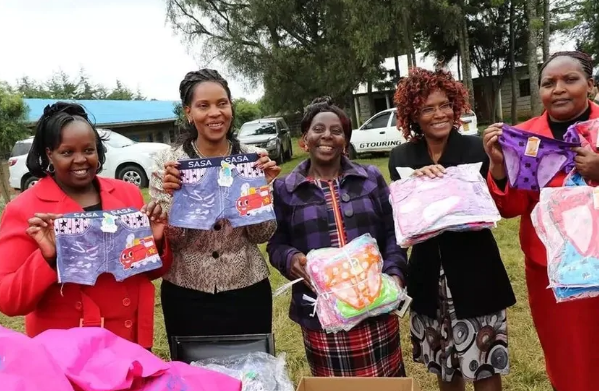