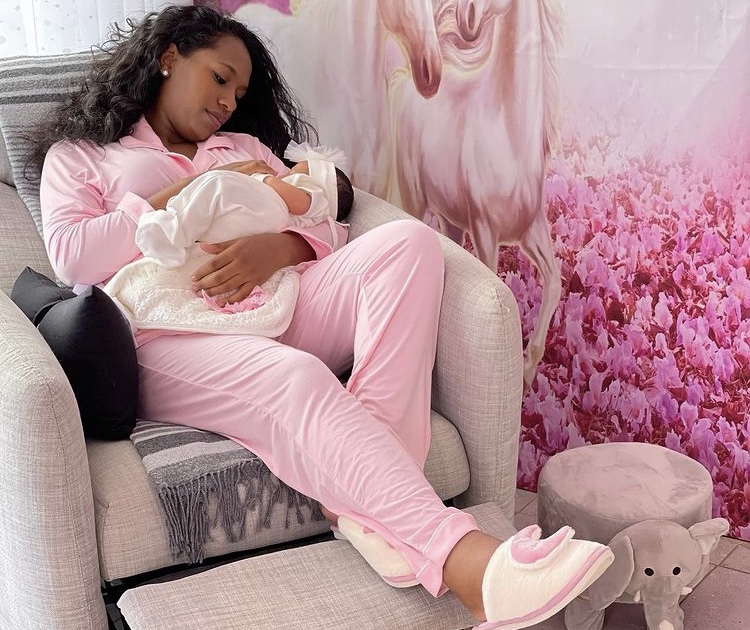 Grace Ekirapa is the latest mum in town and judging from her social media posts, looks like she’s really enjoying motherhood and unlike most new mums – she looks pretty much well too rested. 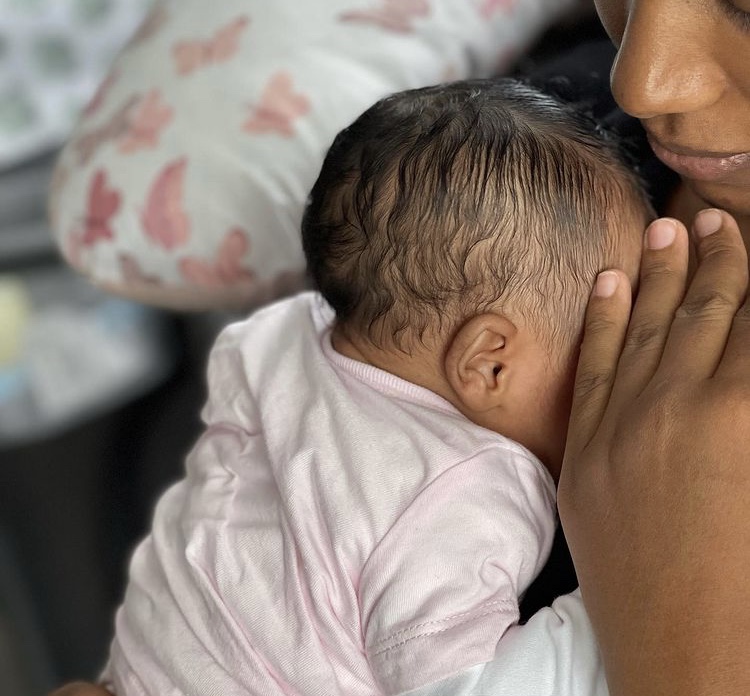 Anyway with her back on her feet so fast, Grace Ekirapa and husband Pascal Tokodi have been updating fans about their new life as parents. Mostly they share videos with their newborn and firstborn Fur baby, Ace who is their dog.

From the videos we’ve seen so far, both Pascal and Grace allow their fur baby to play and even keep an eye on their newborn AJ. However a few fans on their comment section feel that these new parents are exposing their newborn to too much fur which may lead to respiratory illness.

Actually most moms couldn’t help but mention how irresponsible these two youngins are – adding that some of these boujee stunts done for the sake of social media will one day catch up with them. 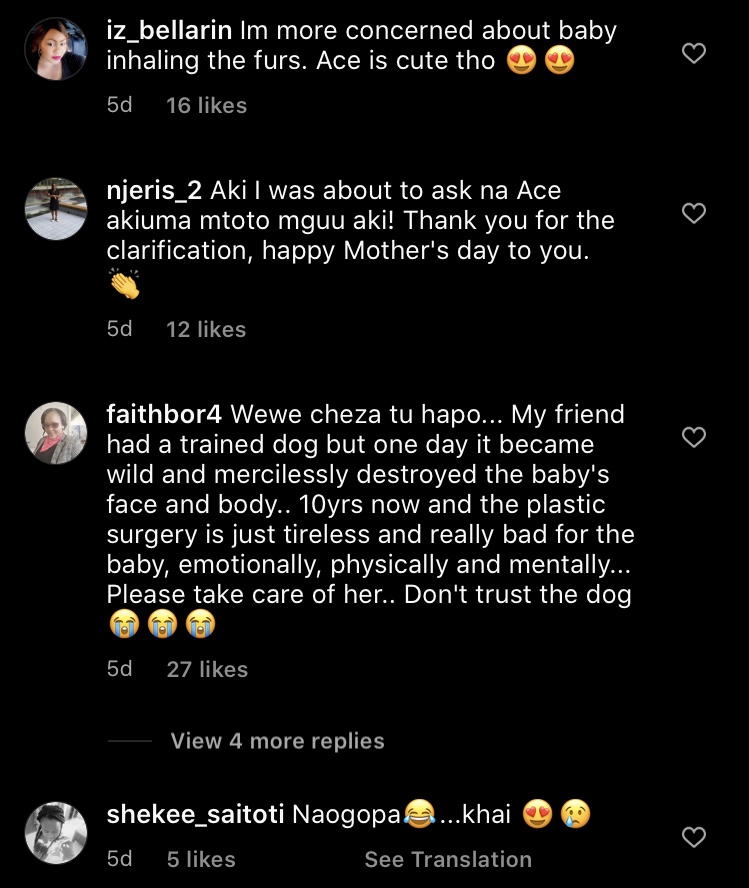 However according to Grace Ekirapa, her baby girl AJ is safe and no one needs to worry about her health or respiratory system.

This is because before having an actual baby, she first got a fur baby and was educated on how to handle one. Apparently having Ace around baby AJ is not harmful since fur doesn’t cause asthma but triggers. Same to dust and powders.

Before I got a dog, I knew I would get a baby after some time.

This is coz if we do the other way round, the dog might not be able to relate with the baby well. The dog does not feel threatened that they are competing for attention for the territory. The dog already knows that is its territory. So you are bringing the child and introducing them to your dog.

Being one who had struggled with allergies whenever around dogs, Ekirapa says that they still got Ace – and after sometime – they disappeared.

Also they had already done their research before allowing their fur baby around baby AJ. So for those who are worried, new mum assures you that she’s got this!

It is not that we are ignorant, but we asked all those questions. People should stop being too paranoid about this.