How cute! What Massawe Japanni’s hubby did for her on their wedding anniversary (Photos) 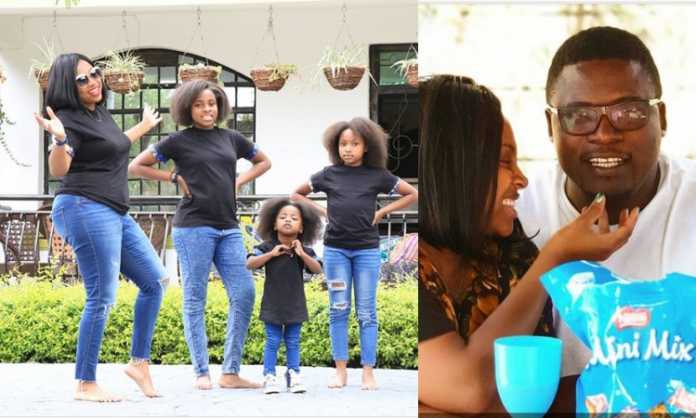 Veteran Kenyan radio presenter, Massawe Japanni adorably marked her 13th wedding anniversary to hubby, Tom on the 12th of May 2020.

13 years after pronouncing their wedding vows in a lavish affair, the couple has been blessed with three dashing daughters.

Up on her Instagram, the cheerful radio girl admitted it has been nothing close to a bed of roses – times they experienced pain,other times tears – but it was through God’s intervention that they proudly mark a 13th year. 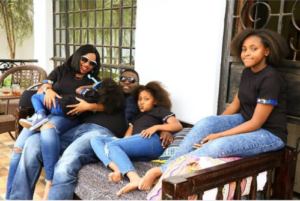 She shared a collage of throwback photos, back when both were still young and hyped up, as well as that of their marriage day before penning:

@tjapanni Happy anniversary!! It has taken not only love, but pain and grit, laughter and tears as well as the help of God to get us to this point.

Her prayer is one:

May the grace of God for a blessed family continue to shine on our marriage. And may wisdom be our constant companion! To top it up, while renewing their vows and looking forward to many more years in the marriage vocation, a dear Tom surprised Massawe with yet another polished stunning ring on her big day.

When he knows what to get you…I’m here blushing😊😊😊 and its fascinating him…. 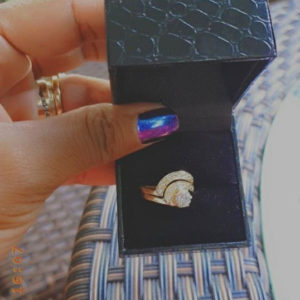 Massawe Japanni is a brand in the Kenyan radio industry, having said ‘I Do’ to her hubby, Tom Japanni in 2007 who is also a media specialist.

Mr Tom stands as a media manager, boasting of 15 plus years in the media industry. He is currently the head of radio at Standard Group. 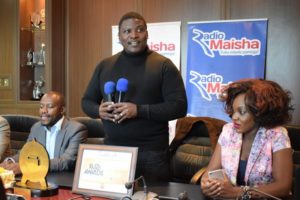 Meanwhile, lady Japanni is currently a radio host at Radio Jambo Kenya and whose prowess in the Kiswahili dialect, has earned her ‘Best Swahili Presenter Award’.

The two have been together for 17 years, out of which the last 13 years have been of a married life.

moniqueangelynbett Wow!!!! This is so beautiful… Happy Anniversary!!!

billymiya Following footsteps every step of the way!