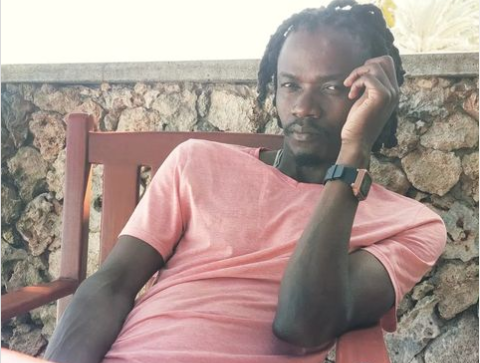 Kenyan singer Juliani is still trending on social media following his uncanny appeal for financial assistance to cater for his son in tandem with Lillian Ng’ang’a.
The musician has not only received trolls over his appeal, but has also roped in Alfred Mutua into the online tiff inexplicably.
A section of fans believe that Mutua should chip in and help the struggling Juliani and his current wife Lillian, who doubles up as the ex-wife.

In response to all the ambivalent online reactions, Juliani has come clean to admit he’s actually kind of broke.
His reason for being broke is spending his own money on his projects.

Juliani also explains how remarks made by controversial media personality Andrew Kibe about his financial status hurt him.

He explained that when his son was born he had anticipated spending at least six months exclusive time with him; which he’s currently not able to achieve because of his numerous errands.

“I do not mind trolls, I actually find some of them funny. Jana when Kibe mentioned my child I was like it’s funny but to me it was a little bit serious. When my child was born I gave myself three to six months to just spend and soak in all this, help the mum and just be present as a dad to my second child. But I couldn’t because earlier that month I did an event called Nairobi start-up week. I put my money into it and if you notice throughout for the last three years anything I have done I have been putting my money into it. I do not have sponsors or investors. So I am not able to spend time with my son right now because I am running around trying to pay debts trying to achieve some of the things I told myself I want to achieve,” he said.

The singer admitted that he’s indeed broke, but has enough to feed himself and cater for his basic needs. Watch his full video below;