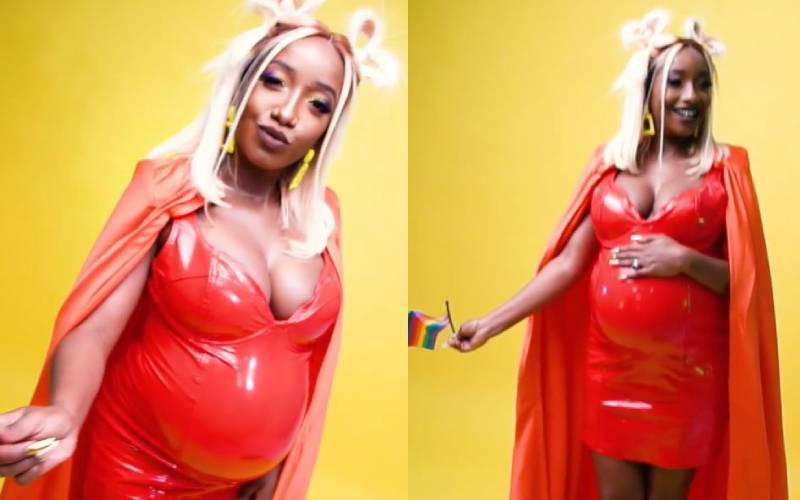 Anita Nderu is just a few minutes from having her first child with mzungu husband, Barrett and from the photos she keeps sharing on her Instagram – we can promise that Anita’s bump looks like its about to pop!

Like weve been told before, pregnancies are no joke. Some come with alot of complications ranging from morning sickness, swollen face,feet and some even hands. The most popular one is how the pregnancy hormones humble you by leaving a bulblike nose on your face. 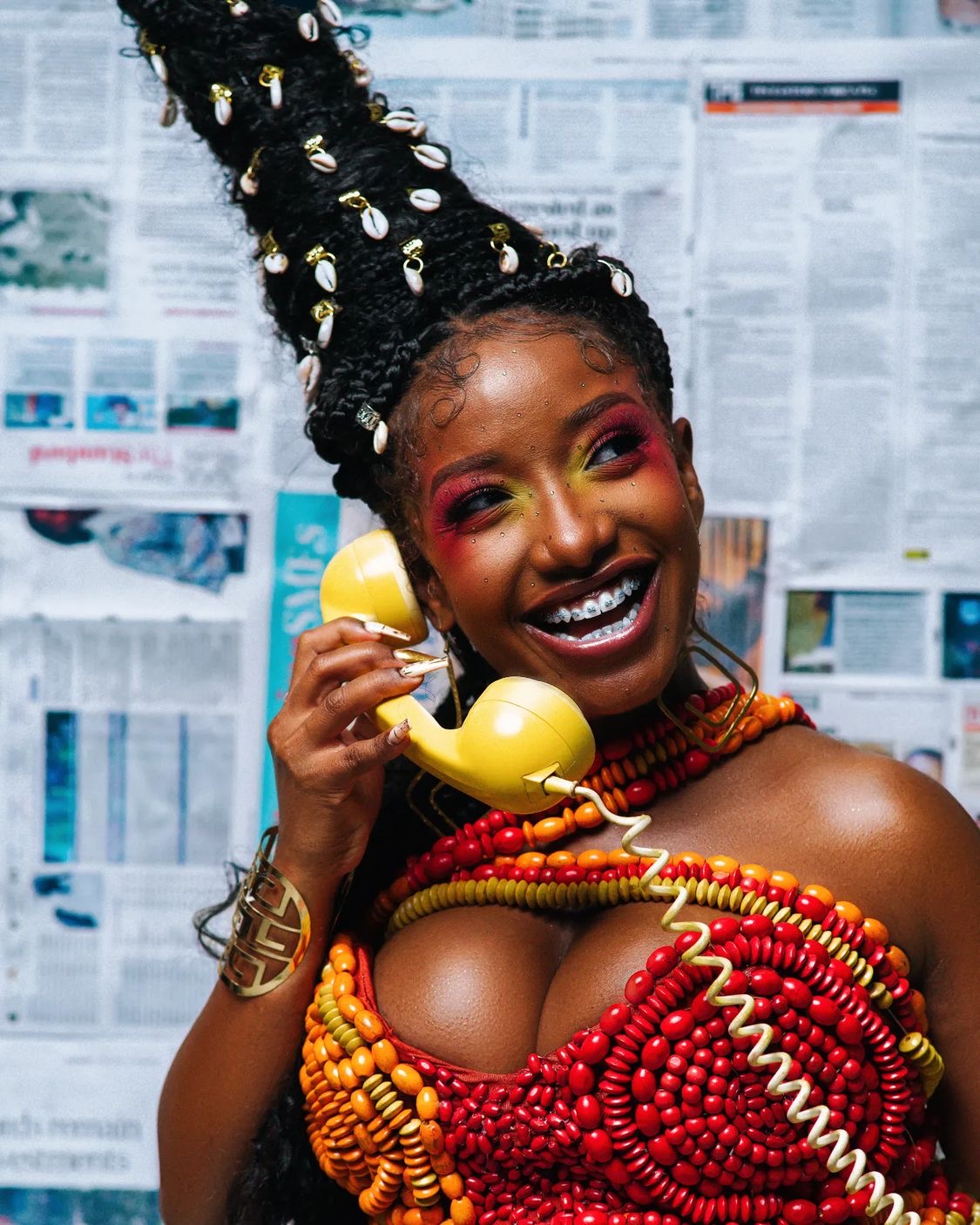 That thing can be seen from miles away…ask Anita Nderu.

Anyway with a few more weeks to go, Anita Nderu has lately been sharing details of her pregnancy journey and just like the other female celebrities who have shared their stories before – lets just say Anita’s journey isnt any different.

Dropping throw backs to when “Peanut” that’s the nickname we have been going with was still a wee little nugget❤️ Pregnancy is one of the most fascinating journeys of my life! Everything about it is so intense, fun, confusing, hectic, lovable and peaceful! Today every little thing is making me cry and I don’t want company😑 Yesterday I peed like 97 times😬

My favorite bit about being pregnant is definitely the boobs (yes I know, I know, they’ll go back) but while I have them, they will know I appreciate them😄 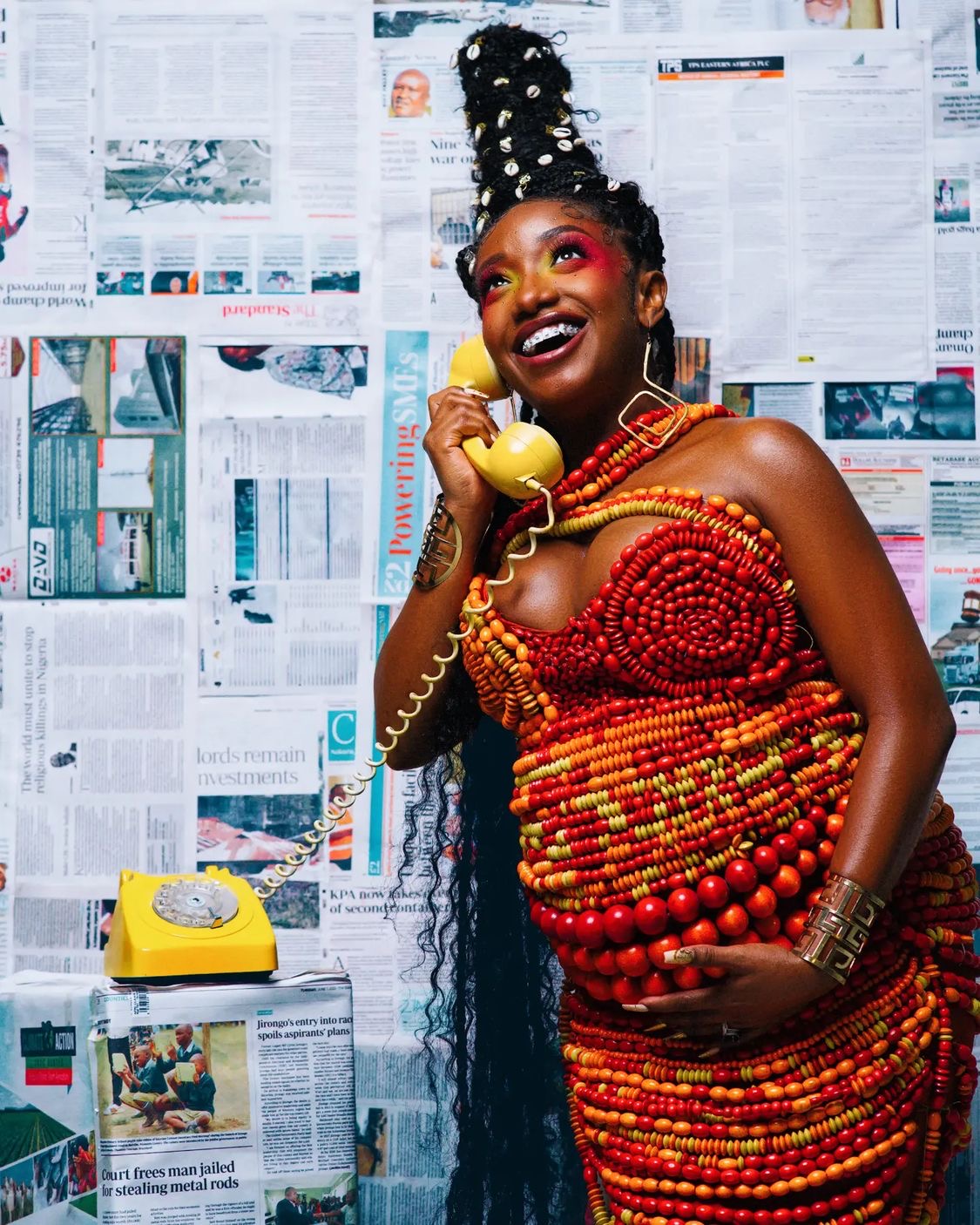 Although Anita Nderu is happy to have bigger boobs and full lips for the moment, the former capital FM host says she’s had her downside too.

Well Anita says shes since gained 10kgs but all that fat keeps targetting ever part of her body BUT her booty! According to Anita Nderu, it remains same size as it has always been.

I’ve gained 10kgs and none of it is going to my butt, I think that’s the only downside😂 oh and I have no patience for nonsense, absolutely none, I really have been standing up for myself more and I love it!

Anyway having been pregnant for months, Anita Nderu thanked fans who might have met her at malls or restaurants but decided not to expose her pregnancy through gossip tabloids. She wrote;

Also I really must say thank you to all the amazing humans who saw me pregnant in public everywhere I went the last couple of months (I wore my bump everywhere) and were kind enough to let me share in my own way when I wanted to share. I respect that, I appreciate it greatly, thank you❤️