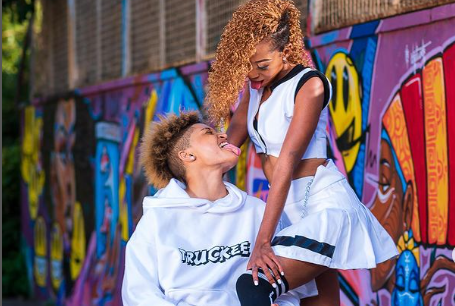 LGBTQ members Natalie Kutoto, alias Notiflow and her ex-girlfriend King Alami have decided to go their separate ways after several months of dating. The rapper has accused Alami of cheating on her with a ‘mubaba’ and keeping the information surreptitious. According to Notiflow, she was receiving news of King Alami sleeping around but had not gotten palpable evidence to support her allegations. She later found out through videos sent to her.

The two have had an on & off tumultuous relationship as they also broke up yet again last year and re-united shortly after. Their first break-up was as a result of physical abuse- according to Notiflow. She termed Alami as brutal. But after a sweet apology penned to her, Notiflow couldn’t help herself but fall back into the relationship.

This is Notiflow’s first relationship with a girl, and things haven’t been perfect. But she claims it’s the best thing she ever chose for herself despite the ups & downs. As a matter of fact, she’s not willing to go back to dating men ever again. She shared the same via a Q&A session on Instagram stories. When asked if she’d consider dating a Somali guy, she wrote;

”I mind having any boyfriend. Never going back.” 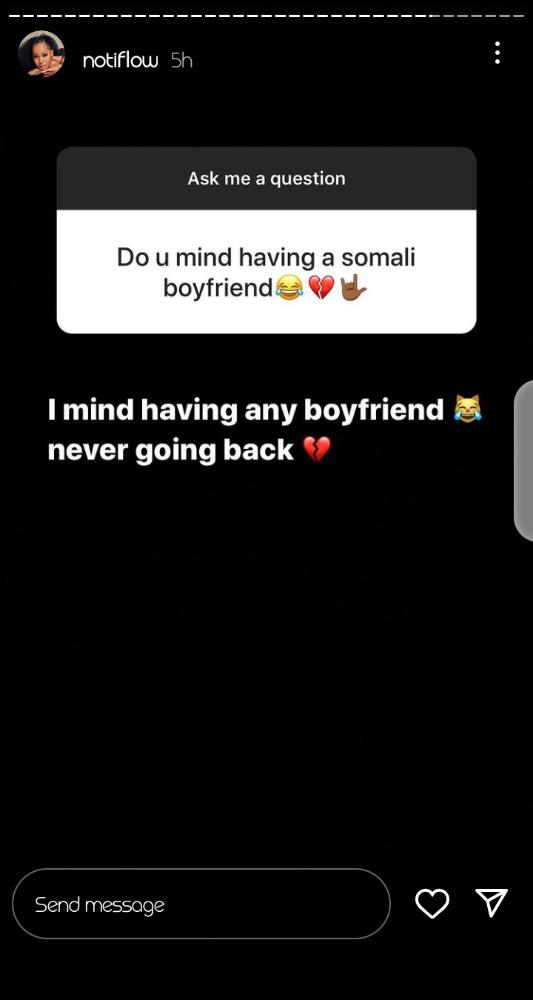 Notilflow’s last relationship with a guy ended brutally. And it seems like she’s not going back ever. She went on to add that this is not her first heartbreak and she’ll be okay. 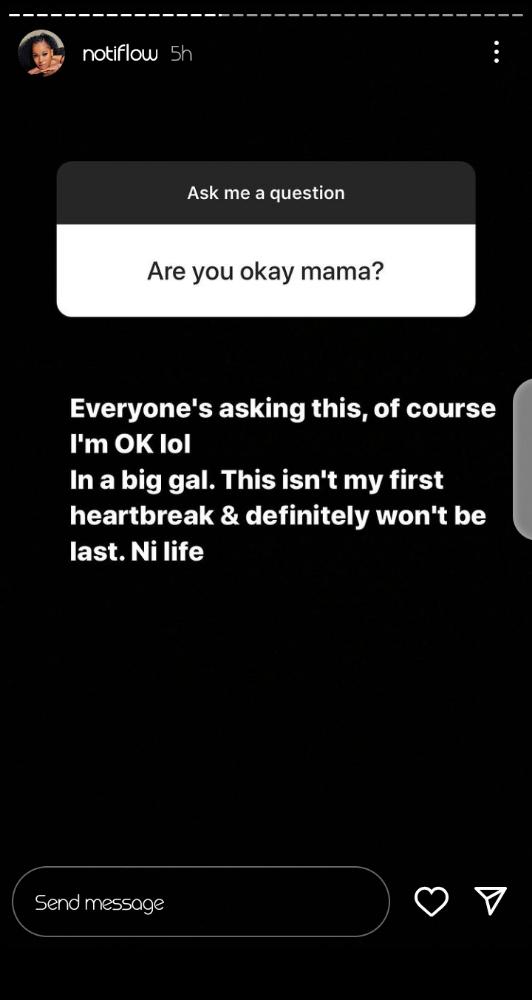 For now, Notiflow has not opened up on whether she’s ready to mingle and move on.