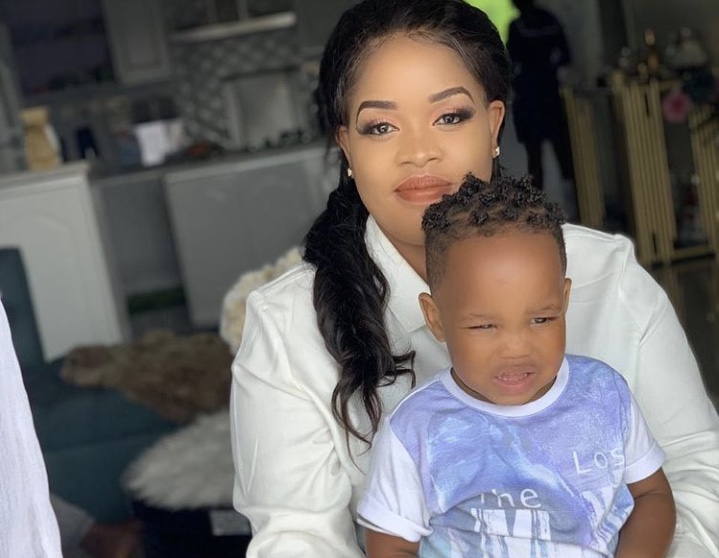 There is no doubt that Bridget Achieng loves her 2 year old son, Sekani Rich.

Just like any other mother, she has been fighting  hard to give her baby a good life; and judging from the photos shared on the boy’s page – we can confirm that Sekani indeed lives a rich life. 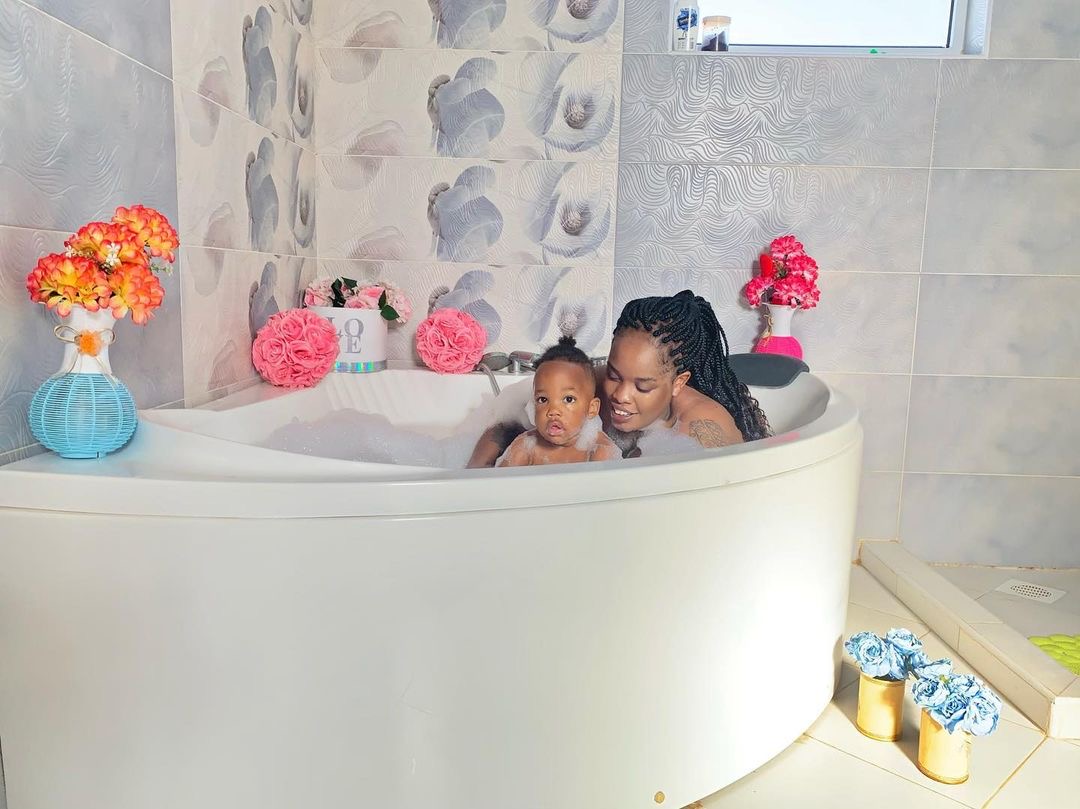 So far the young man has a good relationship with both his parents as his dad finally decided to step in with child support. His mum on the other hand cannot stop spoiling her son with everything and anything she can afford.

To prove how much she loves her son, Bridget Achieng recently took some photos taking a bath (or rather posing) in the bathtub; which she later shared on her birthday.

As seen on the photos, both appear to be wearing nothing; something that left one of her fans asking her not to pull such stunts with a son who is getting older by the day. 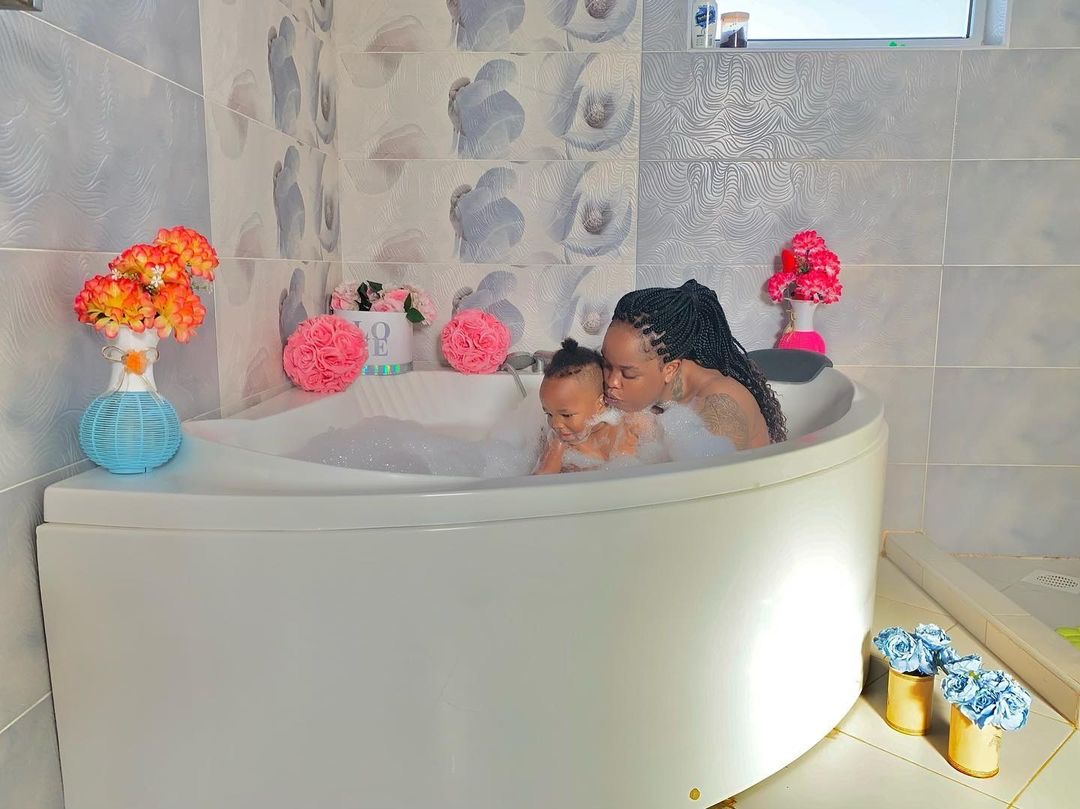 I hope you are not naked na mtoto kwa bathtub…yikes

A comment that left many in the comment section talking. There are those who bashed the ‘busy bodied fan’ while others called out Bridget for sharing such photos.

Responding to the fan, Bridget on the other hand wrote;

I thought my baby my rules..Kenyan streets are full of mad women hanging loose. 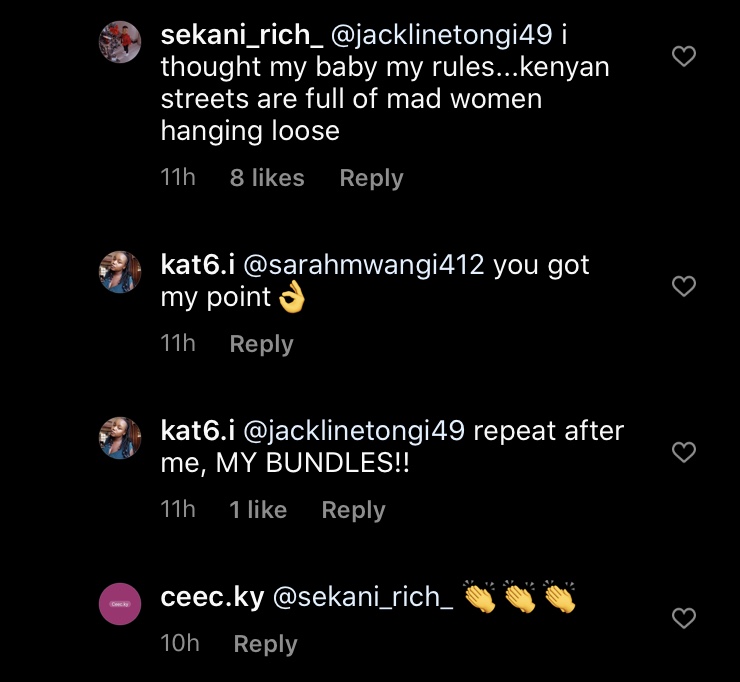 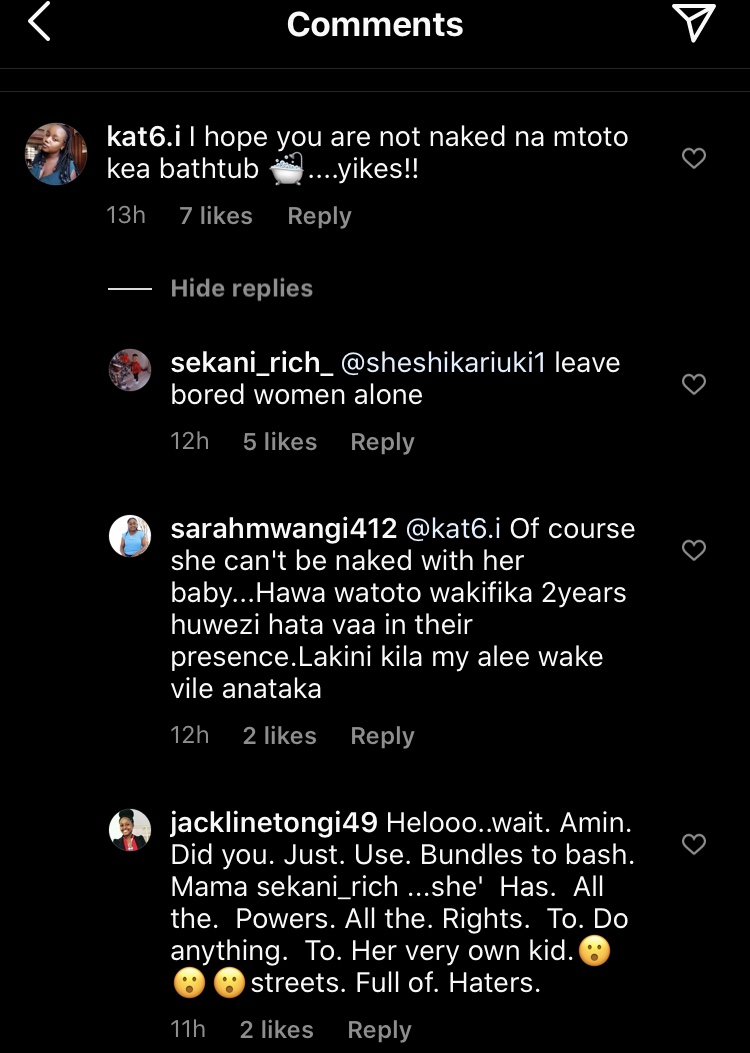 Well like she said, her baby…her rules. But hey, the 21st Century mums are clearly raising their kids the freestyle way.