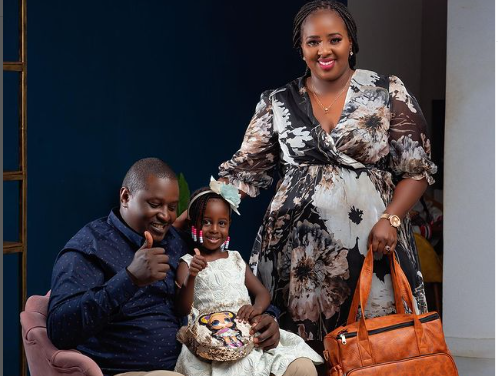 Comedian and content creator Terence Creative is a social media sensation with his hilarious skits that will leave you in stitches. There’s no doubt he’s among the most talented jesters and as his nick name suggests, a creative fella. He has conglomerated his wife in his funny skits recently, and their chemistry is evidently a palpable one.

Other than doing comedy, Terence doubles up as a father and hubby. He not only has a child with Milly Chebby, but also has a baby mama monikered Waneta. He has 2 children from his previous relationship with Waneta and one child from his current relationship with Milly Chebby. In May 2020, Waneta admitted that Terence physically abused her and she cut all communication with him. Terence also disclosed that he was being denied access of his child with the baby mama. Either way, the jester is in a happy marriage with Milly Chebby and he’s now on daddy duties raising their daughter. They have been together for over 10 years. And fans have on several occasions inquired what took them long to sire a child.

Turns out, Milly had previously suffered a miscarriage. Through an interactive session with fans on Instagram, Terence disclosed the heartwrenching detail after one of his fans divulged that they had lost a baby stillbirth.

”Pole sana and take heart @millychebby and I lost our baby before Milla, it was very stressful but what kept us going is prayers and immediately we started to look for another pregnancy, it shall be well.” 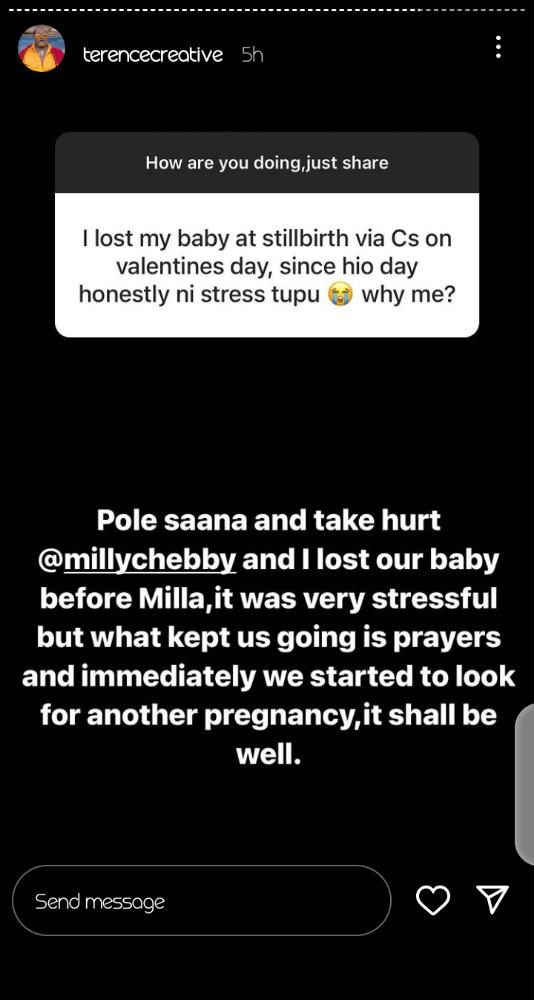 Terence did not disclose much details on the loss of their baby. And not much is known about it either. But it was definitely a huge loss to them.