16 Boda Boda Riders To Be Arraigned In Court Over Sexual Assault Of Woman Along Forest Road, Celebrities React 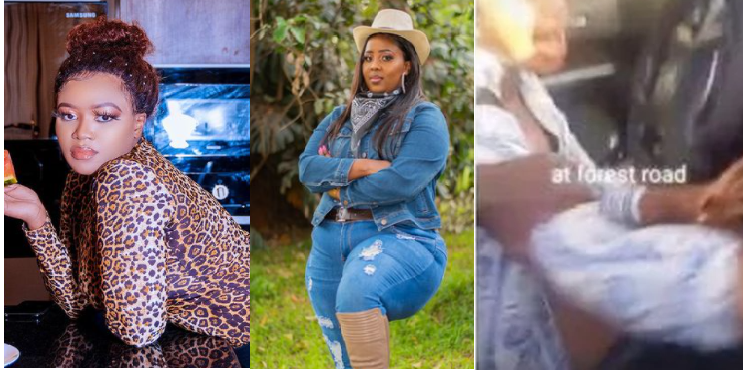 Netizens started off the week with an obnoxious video of a young woman being sexually assaulted by boda boda riders along Forest Road in Nairobi. The viral video ignited fury among netizens who strongly rebuked the behaviour of the men involved.

The lady driver had allegedly been involved in an accident where she knocked over a boda boda rider. In the video, the lady is captured screaming helplessly as a group of men descend on her trying to lift her off the car.Some already had hands on her body, tearing her clothes and touching her inappropriately.

According to reports, 16 suspects have already been detained at Parklands Police Station over the incident and are set to be arraigned in court.

Today being International Women’s Day, most women & men celebrities have shown solidarity in condemning the actions of the goons involved. Socialite Vera Sidika shared her sentiment on the issue via her Instagram Q&A session;

”Extremely devastated. I can’t believe this can actually happen. This could be anyone. Don’t these animals have sisters, mothers, aunties etc. What a cruel world. In broad daylight with no shame at all & nobody even stopped to help waah.” 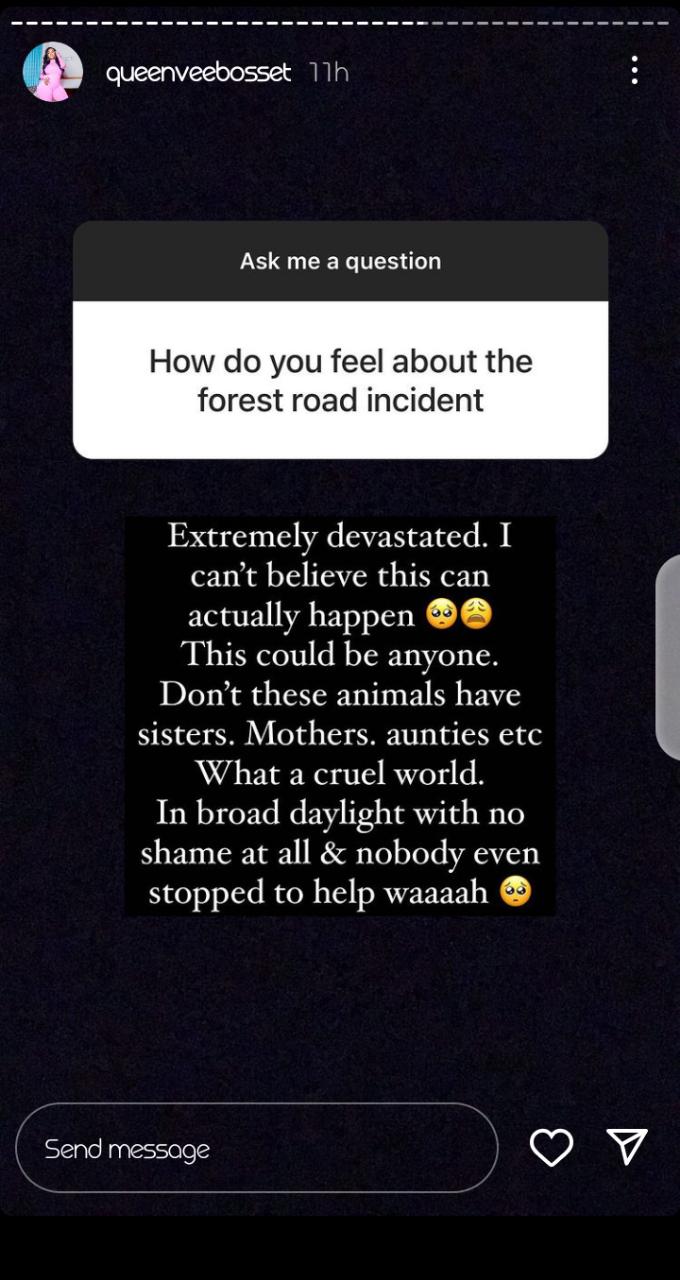 Milly Chebby also reacted via her Instagram and wrote; 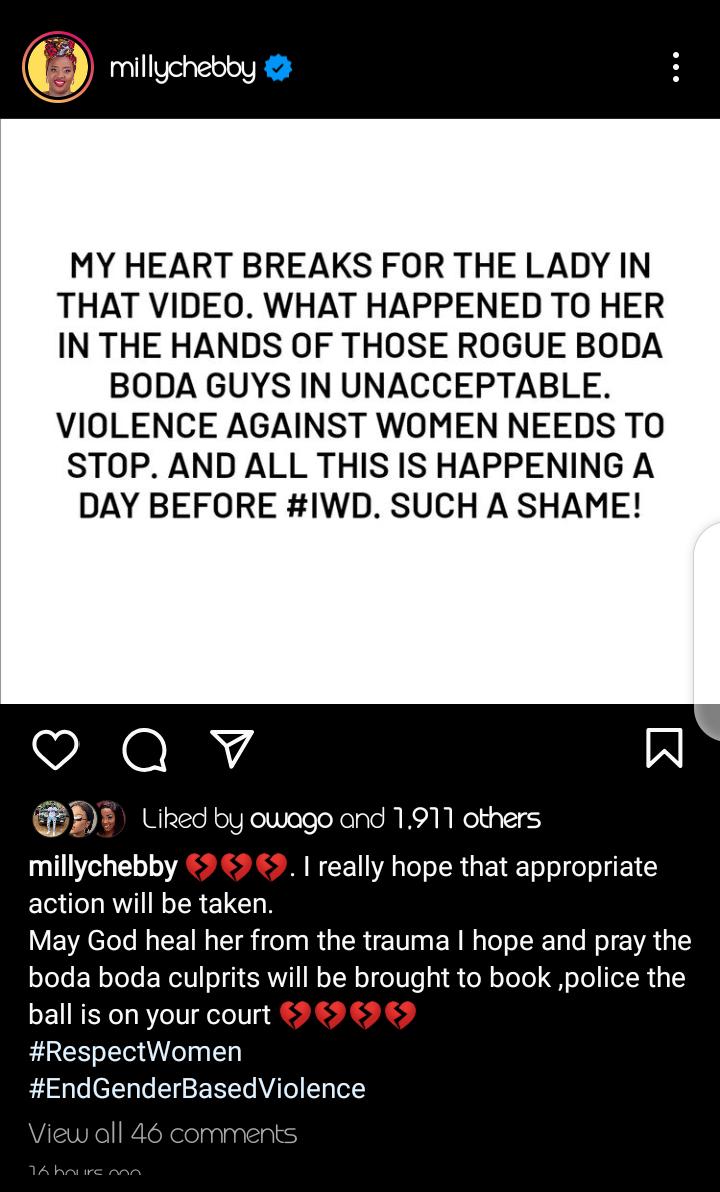 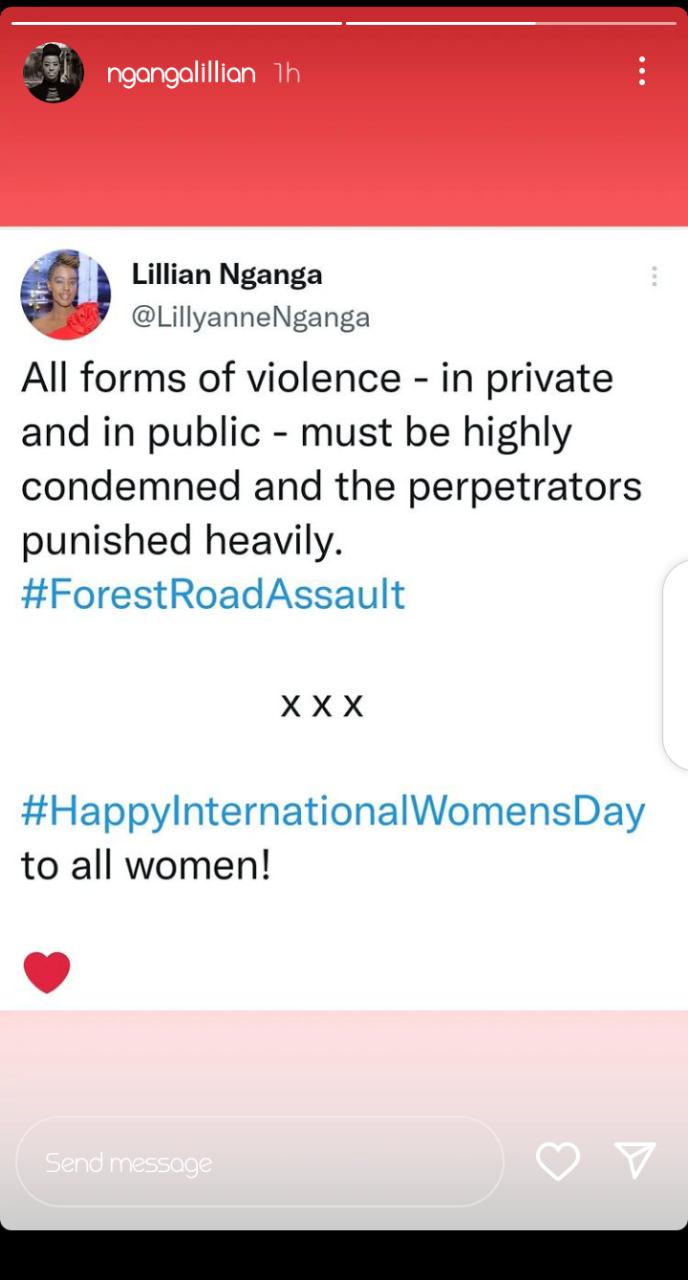 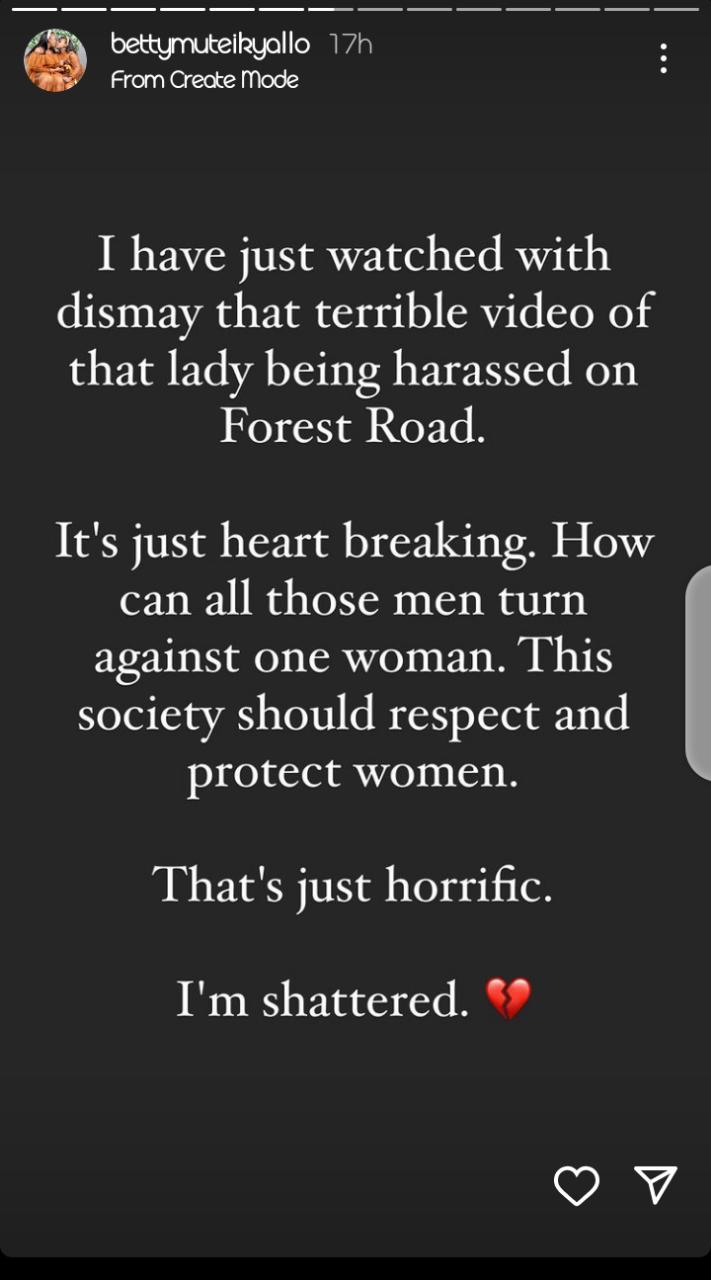