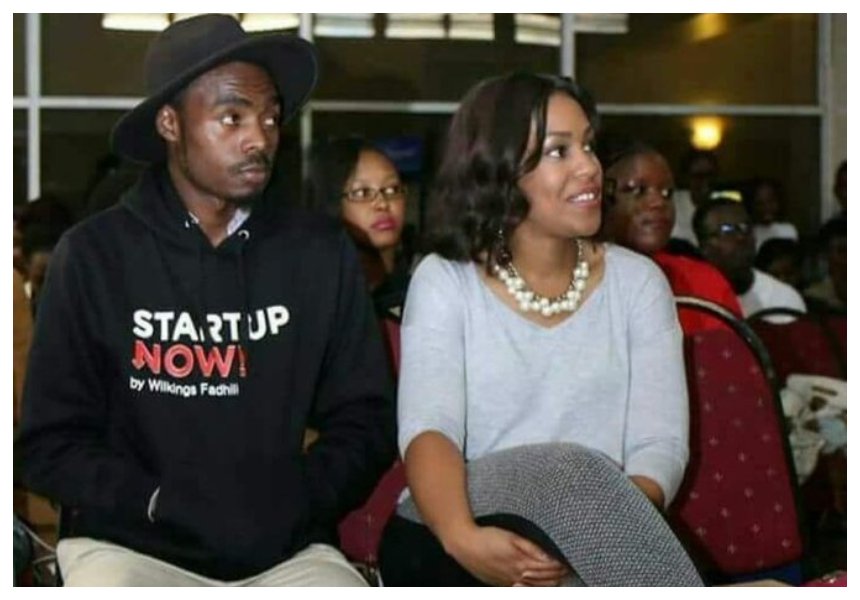 Edwin O Osigro, who goes by the name Wilkins Fadhili on social media, has been trending ever since Larry Madowo denied any association with him.

Fadhili took to Twitter to brag about how he was working to position Larry as a global brand. He describes himself as a brand strategist who has worked with several celebrities including the likes of Larry, Victoria Rubadiri, Edith Kimani, Anerlisa Muigai etc.

⚠️ WARNING! ⚠️
I don’t know who this individual is and I’ve never met him. I’m taking legal action so don’t get conned using my name pic.twitter.com/uHwhJlgGcy

He only sat next to me at a function

Victoria Rubadiri has also come out to distance herself from Wilkins Fadhili. The Citizen TV anchor denies claims that the fraudster is her manager, she explains that she only sat next to him at a function.

“@wilkinsfadhili⁩ sits next to me at a function, has a photo snapped and all of a sudden becomes my brand manager. Let me be clear. I am NOT managed by him or any company affiliated with him,” Rubadiri tweeted.

⁦@wilkinsfadhili⁩ sits next to me at a function, has a photo snapped and all of a sudden becomes my brand manager. Let me be clear. I am NOT managed by him or any company affiliated with him. pic.twitter.com/bDFH0RPOWA

Several celebs have also come out to warn Kenyans to be cautious when dealing with characters claiming to ‘know’ or working with celebs.

The number of cons running around these days beats reason & the media is quick to legitimize them. I know presenters who won’t bother to research guests or content, choosing instead to rely on ‘producers’ for every single thing they say and do.