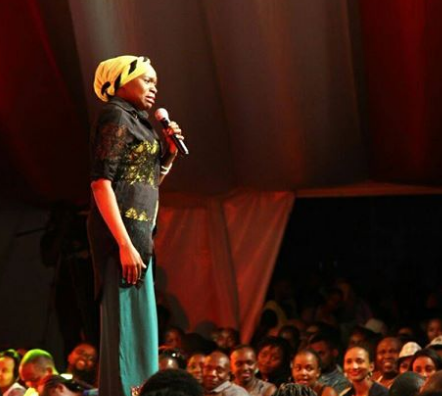 Why can’t Kenyans pick a side?

Just earlier on today, they were in support of Ezekiel Mutua when he made the ultimate decision to ban Churchill from airing on NTV.

He was allegedly vexed by the adult jokes which he termed as a stupid and horrible prank, an unfortunate idiotic and foul drill, totally in bad taste, lacking in imagination and possibly the evidence of the beginning of the end of an era.

This statement was supported by many Kenyans who thought Kenyans had taken it too far.

Ezekiel took this support to maintain his position and not even a call from Churchill himself was going to make him change his decision.

It seems however Kenyans were not very genuine in supporting Ezekiel. Whilst they were up in arms on his facebook page, they were also supporting Zeddy on hers applauding her for her creativity and boldness.

You rock were some of the encouraging words that came her way as Kenyans urged her to produce more of such episodes.

Now that leaves me in a cliffhanger…what exactly do Kenyans want.

Look at some of the comments: