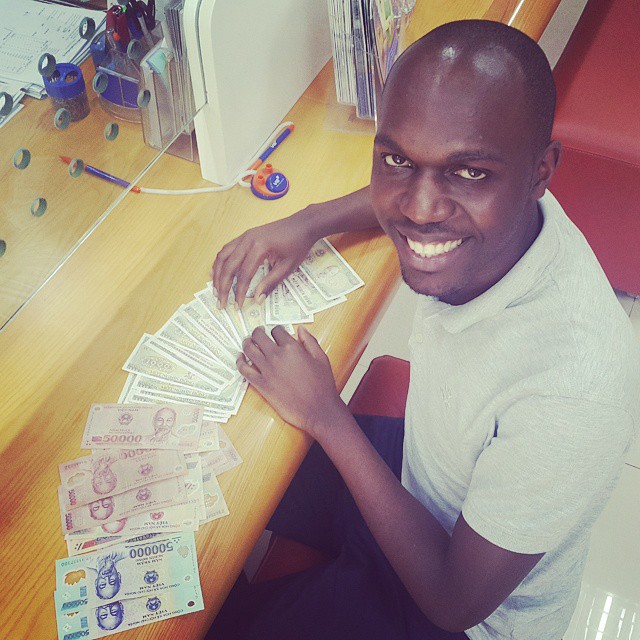 The three A-list celebrities had time to visit an Italian bar where they got refreshed with a special Italian cocktail called Pompinos which is popularly referred to as ‘blow job’ in Italy.

Larry took two blow jobs and he got wasted like crazy. The ruby-colored cocktail is thought to have hallucinogenic effects, according to locals in Milan.

And true to this belief, Larry uttered incoherent words after sipping the Italian blow job. He was later seen drinking wine as Shaffie cheered him on.

The NTV journalist managed to get to his hotel room where he passed out. Larry was recording his escapade in Milan on his phone.