After putting him under office arrest, President Uhuru now vows to deal with Hassan Joho 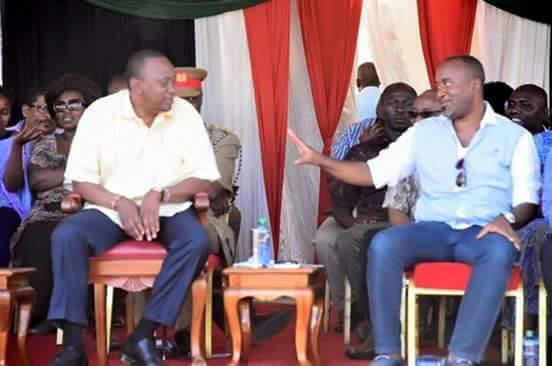 President Uhuru Kenyatta once again clashed with defiant Mombasa governor Ali Hassan Joho during his recent trip to the coast.

Joho was yesterday March 13th blocked by General Service Unit (GSU) at Nyali bridge as he was going to Mtongwe. He was instead escorted to his office where he remained under the watchful eyes of the police.

Speaking during the re-launch of Mtongwe ferry services, President Kenyatta vowed to teach Joho a lesson, he accused the Mombasa governor of pestering him and interfering with his work. The president’s verbal diarrhea and anger outburst in Mombasa comes only a few days after he lashed out at Turkana governor Josphat Nanok.

Some people hinted that Uhuru’s recent behavior is attributed to several things such as doctors’ and lecturers’ strike and pressure from the opposition and upcoming general election.