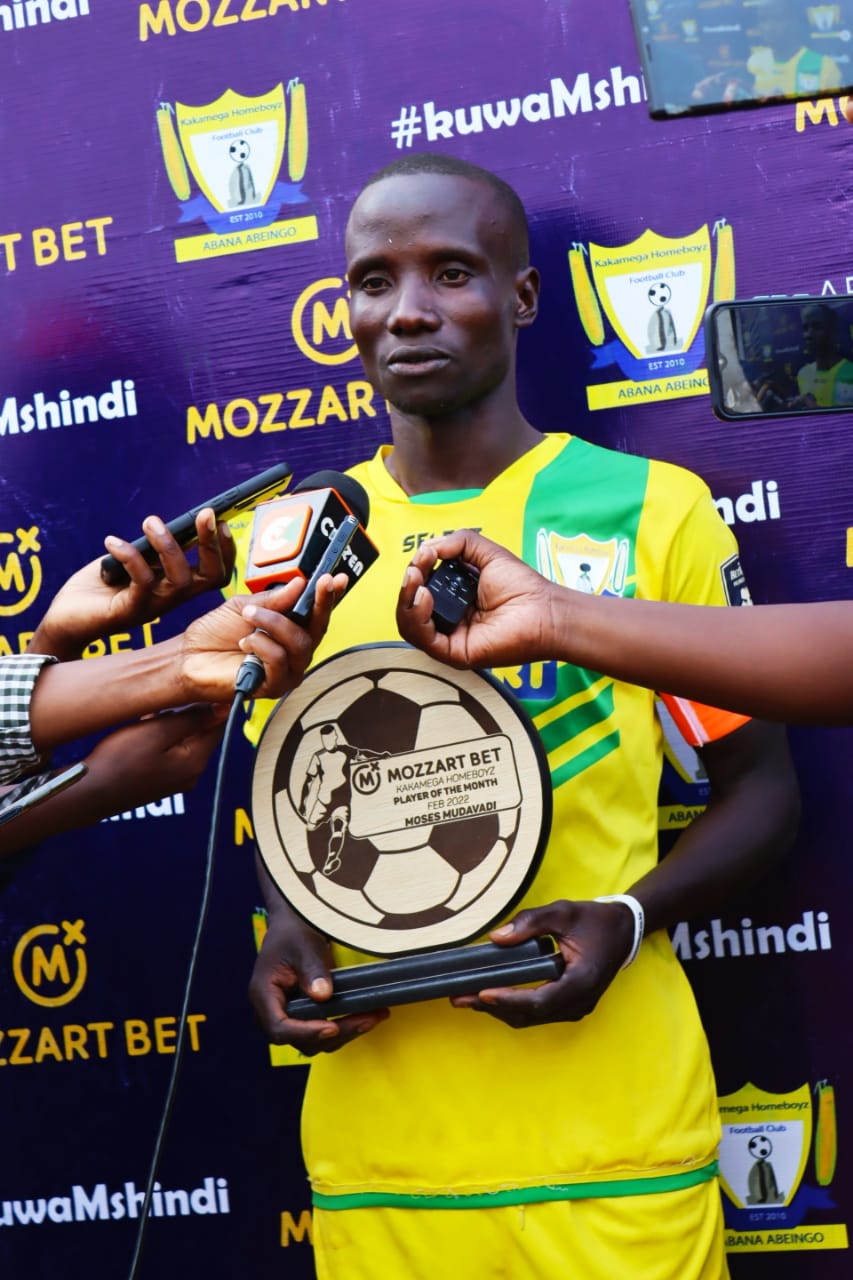 Industrious Kakamega Homeboyz midfielder Moses Mudavadi has been named the club’s February player of the month following his impressive stats in the three matches played. 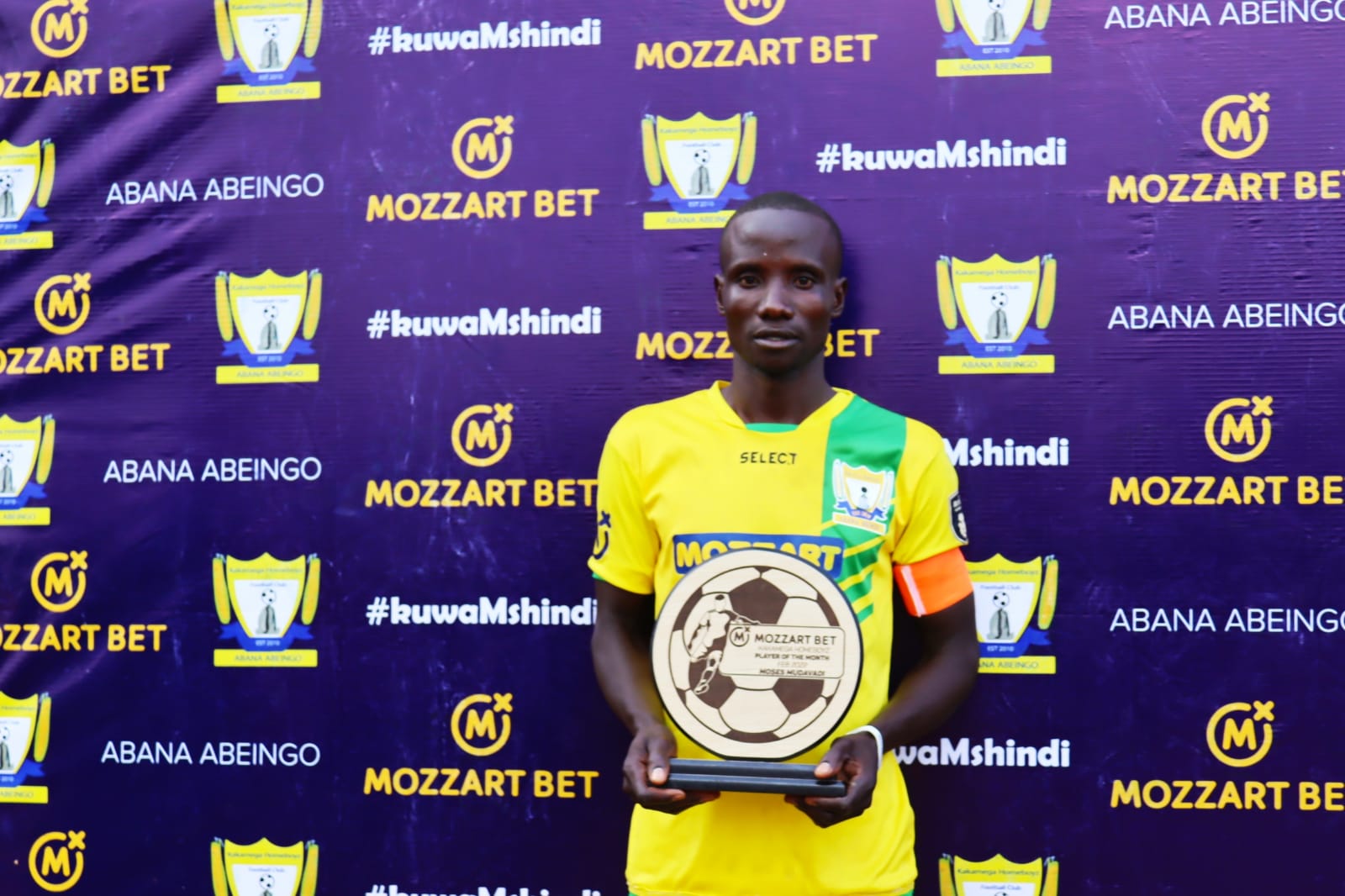 The loyal and long serving lieutenant skippered Homeboyz to bag seven points out of a possible nine on offer during the month.

Mudavadi who joined Homeboyz in 2012 clocked full time in all the three matches and won the nod from the technical bench to hoist the award ahead of Yema Mwamba, winger David Okoth and the fast-rising centre back Sylvester Owino.

Homeboyz began the month with 1-1 draw against Nzoia Sugar played at the Bukhungu Stadium on February 6 before easing past Mathare United in a 3-1 scoreline at the Kasarani Annex six days later.

Ababa Abeingo wrapped the month with a comfortable 3-1 home win over Bidco United on February 27.

Mozzart Bet Country Marketing Manager Frank Ochieng said the good run the team has been exhibiting in the Football Kenya Federation Premier League compelled the firm to motivate the team and outstanding performers.

“As you know by now, aside from gaming activities Mozzart Bet has been quite passionate about Corporate Social Responsibility. Apart from undertaking CSR initiatives in Healthcare & Access to Clean Drinking Water, we have also majored in Sporting Initiatives.

In our capacity as exclusive betting partners of Kakamega Homeboyz Football Club, we also thought it’s the opportune time to motivate the team players individually through this monthly award, even as they aspire to clinch their maiden Kenya Premier League Trophy.

Mozzart is the first ever sponsor of Kakamega Homeboyz Football Club, and we are proud and glad that our support to the club can be seen in the current Table Standings.” 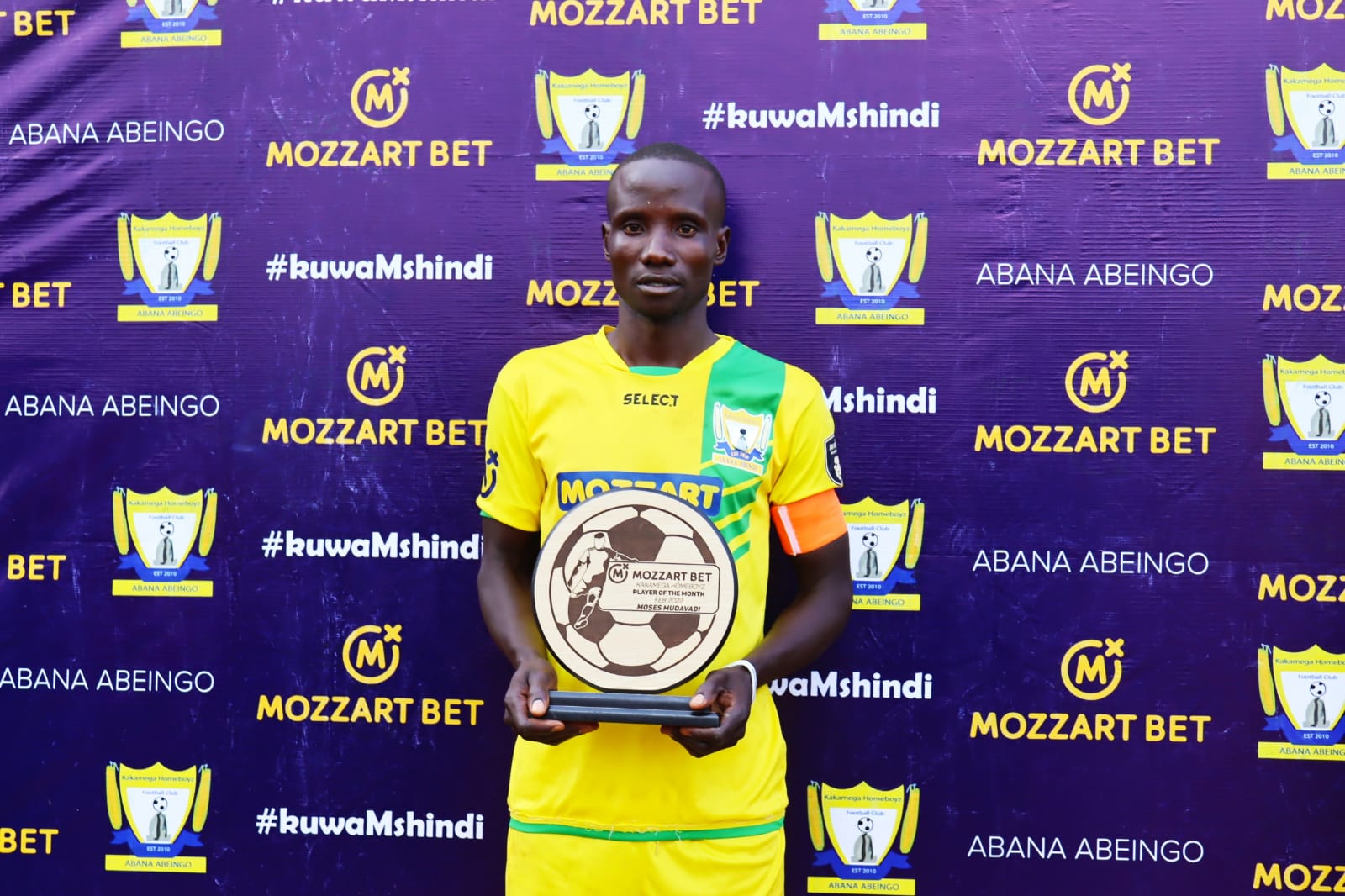 Homeboyz Chief Executive Officer Benard Shitiabayi thanked the leading betting firm for the continued patronage and it’s efforts in supporting the team as contribution to the growth of the game.

“I can not thank our partners enough for the role they continue to play in development of football and in our club.

They have been supporting us in many fronts and we remain grateful to them. As a club, we welcome the idea of rewarding the best player in each month.

This initiative will go a long way in motivating the players to fight up to the final match of the season.” he said.

“This award comes as a surprise to me but will certainly go a long way in motivating the players to fight for positive results considering that every month the best will be awarded,”

Mudavadi feted with a customized trophy that was accompanied with Ksh 50,000 from Mozzart Bet.