“So if she gat b*lls aseme ni nini ilifanya achapwe!” fan fires at Dr Ofweneke’s baby mama forcing her to delete all her photos 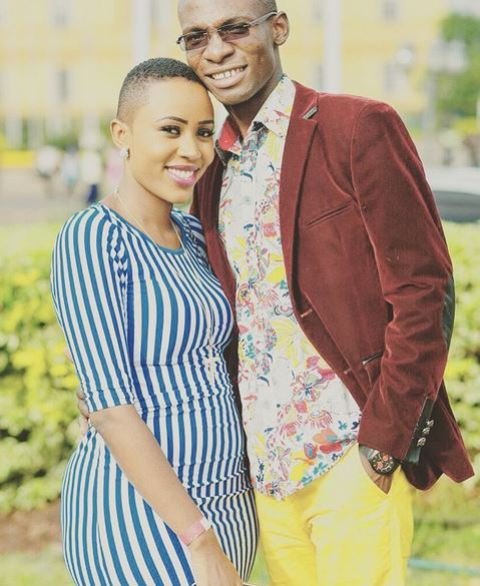 It has been confirmed that Dr Ofweneke split with his baby mama after refuting to avoid people knowing what really happened. However, his baby mama came forth and revealed that she had worked out on his citing he was physically abusing her.

This left many shocked and listening to the two, we have reason to believe that there is more to what they are saying. Also looking at the comments left by people who are close to the couple, most are taking Dr Ofweneke’s side leaving us wondering whether they know what really happened.

One lady by the name of Samantha seems to have more details and after threatening to expose Nicah…the gospel singer deactivated her account and some people were blocked to avoid the drama going down.

However the lady, Samantha, found another platform where she narrated the story. From her comments, the lady pushes for Nicah to say what led her to be beaten.

[email protected] I second @diana_di_mumbe you have no idea of the person you are dealing with here, Nicca has been parading her nudes to men and she is married you don’t know that do you? So if she gat balls aseme ni nini ilifanya achapwe… Stop judging one side of the story. This woman is something else

And yes, this lady seems to know Nicah judging from her confidence. She went ahead to question the women attacking her (Samantha) if they knew Nicah on a personal level.

Many women were however not paying attention and for a moment she gave in talking about that she understood the pain Nicah went through but she stood strong saying that Dr Ofweneke’s baby mama needed to reveal what she did behind her mans’s back to deserve the beating.

[email protected] hio I understand am a woman so I know…. But simply coz you are a woman and you can’t be beaten are you supposed to go around sleeping with other men, Si u just walk out?

[email protected] that is exactly what happened and when he tried to leave the house at midnight she tried to stop him. She threw the first lash and this is what went down…. Any further questions I am at your disposal… You should know nica is sick cz this happened in 2015 August and they patched things up wakarudiana so kama aliskia amepigwa Sanaaaaaa Mbona alikubali warudiane? Si angemsue Atlst why did she keep quiet.?

Speaking to a reliable source she confirmed that the statements being thrown around by Samantha are true, and that prominent people are involved in the whole drama. She went on to add that Ofweneke’s silence is just to protect his baby mama.