¨I wish I was just dead” Diamond´s dad says. 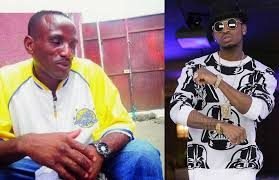 Diamond´s dad in an up and close interview with Tanzanian newspaper, Ijumaa Wikienda, revealed ¨It gets to a point when I just wish I was dead.¨

Diamond´s dad, Mzee Abdhul has been ailing for quite a while now, having been diagnosed with skin cancer.

He stated that this condition has given him a rough time, majorly affecting his legs.

¨This is because my ailment gets worse by the day.¨ Mzee Abdhul adds.

It is quite evident that Diamond´s dad´s health is deteriorating every dawn, in his statement, ¨I am very sick, I thank God I am breathing but it has not been easy.¨ 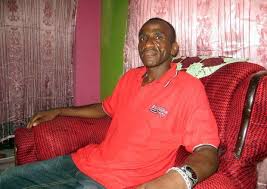 ¨I thank my London-based daughter, Zubeda, she helped me a lot before she flew back¨.

He however appreciates the fact that his London-based daughter, Zubeda, came over to see him and helped him out a lot.

Unfortunately, the singer´s dad had much earlier on approached and even pleaded with Diamond for help, but to no avail.

Mzee Jumaa pointed out that he would take action and call for a press conference where he would spill out all that transpired, if the son, Diamond, did not respond to his call.

The daughter, Zubeda promised to fly out Mzee Abdhul for further treatment, after the necessary travel documents had been processed.

She had hoped that when she flew into Tanzania, she would be able to meet up with the brother, Diamond, and help him talk things out with the dad, but Zubeda did not succeed.

She however cited that she had a conversation with the singer´s mom, Sandra, and had agreed that the dad needed urgent medical attention.

¨We are in the middle of the process. We are looking for a passport for him at the moment¨ were Zubeda´s last words to journalists, before taking her flight back to London. 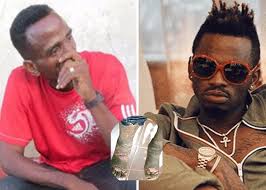 It was after this that Mzee Abdhul said ¨My legs are in pain and I am suffering” as he risks amputation on both legs due to his condition.