Diamond Platnumz is on the spotlight again over copyright claims after copying a scene from American rapper Tobe Nwigwe music in his new Litawachoma jam featuring Zuchu.

Claims that come barely weeks after his Kenyan baby mama, Tanasha Donna, called him out with his signee Zuchu for copy-pasting lyrics off her Donatella EP album.

This time however, things took an interesting turn.

Soon after Diamond and Zuchu’s Litawachoma’s track went up on September 28, Tobe’s close friend, Kevon blasted the East African star and his signee for lack of originality. Warning them to pull down the scene before Tobe pounces on them.

Well, word reached Tobe Nwigwe soon enough and his mature response has only left fans from across the world in awe. Taking to his Instagram page, the International rapper asked Diamond and Zuchu to forget about his friend Kevon’s angry rant online and instead lauded them for promoting his work.

“Yo @kevon is an absolute fool!! To Diamond and Zuchu, the movement is moving all the way in Tanzania ✊🏿” his caption read. 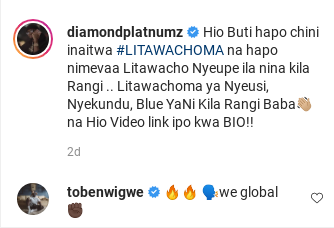 Shocked from the sentiments, a dear Diamond Platnumz responded to the same, with fire emojis.

Also read: Diamond Platnumz and Mimi Mars fuel dating rumors after video of the two having fun moments in his house pool surface

A reaction by the American rapper that left fans in shock, asking why he did not bash Platnumz and his signee or even sue them for imitating his style, like every other superstar in the world would do.

His level of maturity and insurmountable love for the Wasafi crew’s actions, have seen many give a standing ovation to the American rapper, Tobe Nwigwe. 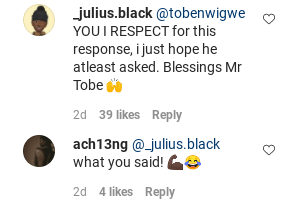 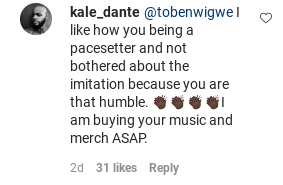 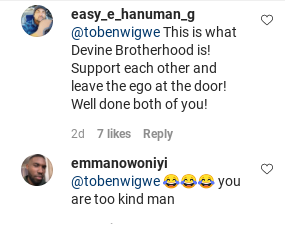 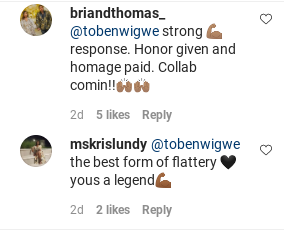