Popular Capital FM’s Disc Jockey DJ Lithium, real name Alex Nderi, has left his colleagues in shock after committing suicide at the premises and leaving behind a suicide note. The DJ is alleged to have consumed rat poison to take his own life yester night.

According to reports, the DJ shut down all his social media accounts surreptitiously, before deciding to take his own life.

Additionally, the DJ reportedly received a massive pay cut in tandem with other employees and couldn’t handle it. 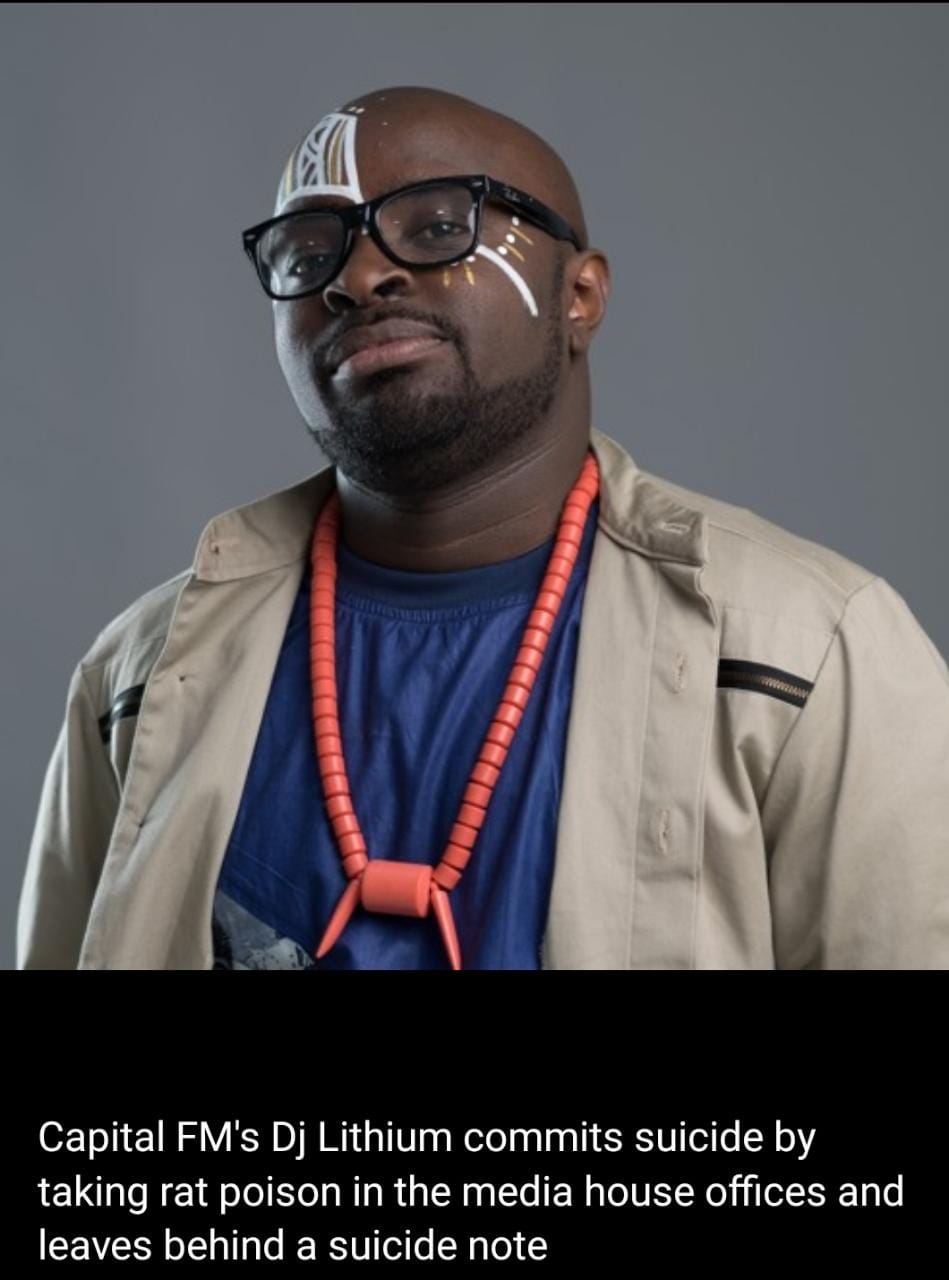 He was found unresponsive in the CFM studios and passed on at Nairobi hospital.

Police visited the scene and picked the poison and other evidence as investigations into the incident go on.

Kilimani head of police Muturi Mbogo said Lithium was taken to the hospital in an ambulance and was confirmed dead on arrival.

“We understand that he swallowed poison in his office after a series of events,” Mbogo said.

The incident happened at Lonroh House in the Central Business District but the hospital reported to the police minutes later.

Family members who opened the note have not divulged much about what it entailed. May he rest in peace.