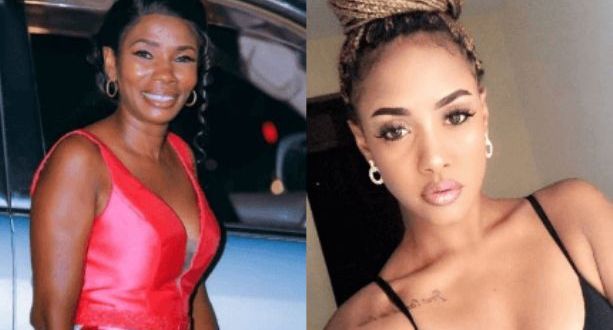 Speculations were rife that Tanasha and her mother-in-law, Sandra Kassim were not in good terms ever since Baby Naseeb came into picture.

Reports in the bongo land indicate that the two had a fallout, barely days to the ¨Naseeb at 40¨ event, that went down in Dar.

It is alleged that Mama Dangote in the company of her friends, visited Tanasha at their house in Mbezi Beach but were not warmly received. 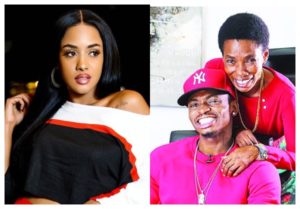 Mama Diamond responds to allegations of fallout with Tanasha

Apparently, Tanasha neither greeted the visitors nor allowed them a glimpse of her son. Tanzanian publication, Global Publishers added that the Kenyan beauty locked herself up with her son while visitors were around.

Later in the day, Diamond´s mother left without a hold of her grandson which allegedly caused a bitter fallout between the two in-laws.

Additionally, the publication reported that during the ¨Naseeb at 40¨ event, Sandra Dangote and Tanasha never saw eye-to-eye. Diamond was apparently the mediator. 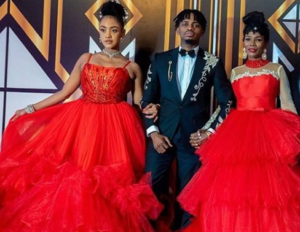 The publication quotes a source:

On November 26, during Naseeb Junior´s party, Kassim and Tanasha never interacted nor exchanged pleasantries. There is no point that Tanasha handed the baby over to her mother-in-law as tradition would require. Most of the time, it was Diamond who interacted with the two at intervals.

Adding that the row, lasted for days such that:

By the time Tanasha was leaving for Kenya, she was not on talking terms with her boyfriend´s mother. She packed her things and her baby´s clothes and left without saying a word to Diamond´s mum. I am not sure if she [Tanasha] will return anytime soon.

My hair is full of life & got me out here feeling like a latina, all thanks to @b_luxury_store 💇🏽‍♀️

However, the same publication, Global Publishers tried reaching out to the aging grandmother to clarify on the same, and she rubbished it all.

First, she denied any fallout. Second, she did not understand how she was supposed to hang around Tanasha the entire time at Naseeb´s event.

Thirdly, Sandra countered that there is no way her daughter-in-law could just leave without her knowledge.

Lastly, yes, Tanasha did leave, but Diamond´s mum has no idea when she will return.

I do not know where you got the allegations that Tanasha and I fell out; treat such claims as rumors. Did you want me to follow her all over the place? People should stop engaging in baseless speculations. That is not true. I stayed with her until the advanced stages of her pregnancy. So, there is no way she would have left without informing me. I do not know when she will return. If you really want an answer to that question, then go look for her in Kenya and pose the question to her.