“Did you pay attention to the question I asked the governor?” Mzazi Willy Tuva fires back at Nyashinski 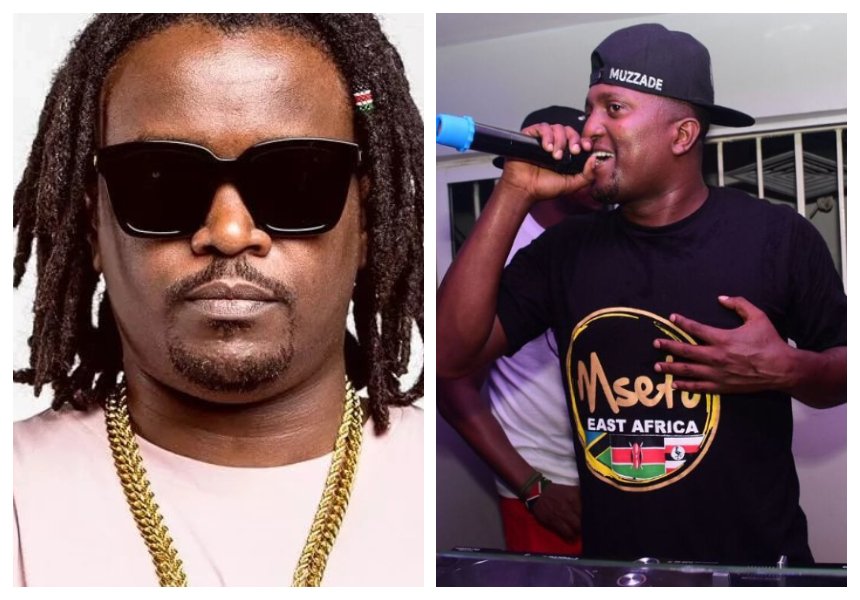 The rapper threw shade at Mzazi following his interview with Taita Taveta governor Granton Samboja. Mzazi shared part of the interview with Samboja on Instagram, what irked Nyashinski is that Mzazi didn’t share the part where the governor mentioned his favorite Kenyan musicians.

Nyashinski went on to accuse Mzazi of favoring foreign artistes over Kenyan artistes, this because in the IG clip Samboja mentions that ‘Kwangwaru’ is his favorite song.

Kaka @realshinski kwanza Happy New Year, secondly nadhani hujaelewa kitu kwa hii clip. Umesikia vizuri swali langu mara mbili nimemuulizaje Governor ? Msanii gani wa Kenya anamkubali. I can’t choose for him what to like but I pushed him to tell me his favorite Kenyan artistes. This was an Instagram post to lead people to the link on YouTube for the full interview and to know which Kenyan artiste the Governor likes. He mentioned several Kenyan artistes and for you to find out who ingia kwa YouTube ya @msetoeastafrica ukacheki. Another thing Mseto is an East African show that plays more Kenyan but seeks to unite East Africa by including songs from the other countries. Do you know that we introduce at least two Kenyan Upcoming artistes everyday ? Do you know that we tour the whole country in search of talent that we support ? Even on this day I interviewed the Taita Taveta Governor, HE Granton Samboja , I had gone to his County in search of talent. For your information all those artistes you have mentioned above know the role I have played in their music. Ask @thenaiboi how I helped him as a brother into the industry. I will share a post on that. Ask @octopizzo whom I have worked with to nurture talent in Kakuma. Ask @khaligraph_jones whom I have featured many times including @sautisol and @otilebrown. I went all the way to Samburu and discovered @dufladiligon whom I brought in to the industry. Ni mimi ndio nimemlea Dufla na wengine wengi kimuziki na bado 2019 natambulisha more new stars. My brother @realshinski you are always on Mseto both on Radio and TV. Mseto nurtures talent and seeks to unite East Africa through music. Ninachokifanya mafans wa Mseto wanajua. Tafadhali tuache kulalamika na tuungane kuujenga muziki wa Kenya na kuiunganisha Afrika Mashariki kimuziki.