Dully Sykes is back with Marioo on ‘Weka’ 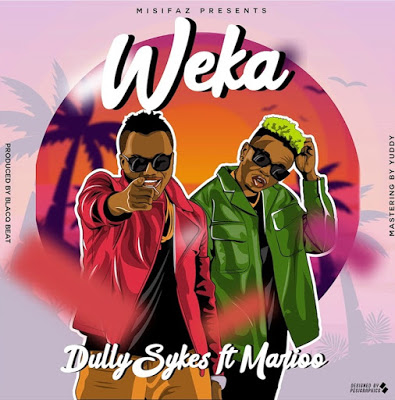 Dully Sykes is back with a new hit dubbed Weka. He features Marioo. The talented singers from Tanzania are not resting until we get the best. Dully Sykes initially did a couple of hits with Harmonize as he did a comeback to the industry.

Weka is already doing well out here. This is a Swahili word which simply means putting. Nikomeshe being the latest jam where he featured Harmonize.

Also, this time he has Marioo on board. This is a good collaborative for the upcoming artistes to promote one another. To add on, they voices compliment each other. This was is a hack for Dully Sykes.

What is Weka all about?

Without diverting from Weka, we are going to get the deeper meaning of the song. To start with, the lyrics and wordings are well done. Big up to the duo. Firstly, we know how Dully Sykes introduces his song. It gets to capture the listeners attention. 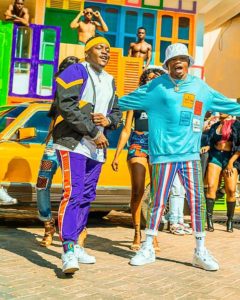 Kama ingekuwa kadanda we kagere Kama mboga jegere Kwenye ngoma za siwe segere Tuda kama ndege tetere. He talks of soccer in this introduction. Seems like a game where one has to score. Now the meaning of Weka is coming out clearly.
In stanza two Dully Sykes talks about a girl; I like the way unavyochumaga chendere Unalifungaga kengele eeh Kama kuku kaona mchele Akili inanihama(hama). Actually he is describing what she does. This sounds so easy.

Basi nipe hilo bam bam bam Nipate kufarijika Baby girl kam kam kam  Nichome nimetajirika. To start with, you all knwo what bam bam means. I like it how the duo considered their choice of words It sounds so right.

Now into the chorus which am sure it is very easy to master. It is more of a repetition. Dully Sykes and Marioo keep on repeating Weka Weka and some other few words. Thus the beautiful tight.

In conclusion, Weka was well done. Thumbs up to Dully Sykes and Marioo. Weka gets a rating of 7/10.