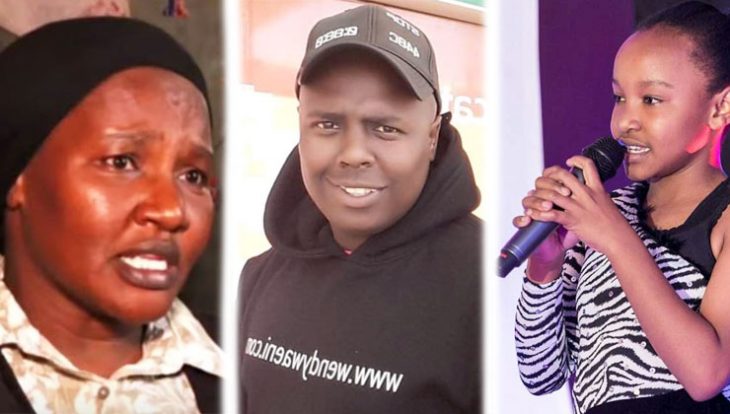 Joe Mwangi has been put on the spotlight for all the wrong reasons among them being exploiting the young acrobat´s talent.

Wendy publicly exposed Joe on live TV. A scandal that has since then gone viral. 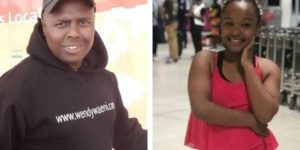 However, Joe also has his name to defend and to prove it, he speaks up about money offers that Wendy´s mum was given to get them a better life.

Well, Wendy´s mum, Magdaline Syombua has confessed that this is true.

Speaking to Massawe Japanni, the mother revealed that Joe handed her amounts of Ksh 20,000.

However, according to Ms Syombua, Joe kept the lion´s share and every time she tried asking about it, he would turn hostile.

Surprisingly, Wendy´s mum said that she is not aware of what the daughter has been lamenting about on national TV.

On Monday, Joe Mwangi stated that he confiscated Waeni´s phone because the internet was corrupting her morals.

Sunday evening, up and close on Ebru TV, the ex-manager narrated how he had been monitoring Wendy´s internet usage before confiscating it thereafter.

All this story does not have to do with money. In April I was with Wendy in Mombasa and you cannot imagine what she had been doing with her phone. That’s why I took it.

He however failed to disclose details of what exactly she was exposing herself to, chuckling:

Wacha nisiseme (let me not reveal) but imagine what can make me confiscate a child’s phone?

He further shares that soon after confiscating the young girl´s phone, he called upon her mom to explain why he did so.

I showed Wendy’s mum what her child was browsing but the mother insisted I give her back the phone. She would monitor her herself. I refused and this is what triggered Wendy to go lament on JKL.

However, his recent revelations have angered the public who have blasted him for damaging the teenager´s reputation.

This is soon after releasing screenshots alleging that she was using her phone for pornographic material, additionally engaging in immoral stuff.

6 .
What did i show Mama Wendy ?
And many more that i wont post here for now . pic.twitter.com/Gwfy3EgVIs

Further showing a conversation between Wendy and her alleged lover where she asks him if he can come over and give her something small.

All that Joe is asking of the masses is:

I have said it here and am repeating it again,Wendy & her mother has been like a family to me,if you are still thinking what Wendy's need is FINANCIAL SUPPORT shame on you, all the girl needs is GUIDING & COUNSELLING .
I have spent enough time with her to know what she needs.

Unfortunately, Kenyans are outraged by his acts additionally calling for his arrest.

If #joemwangi was giving Wendy's mum small amounts of money and from the Rwanda trip Wendy pocketed 300k. So how come she went on national TV claiming that she has not received any money from @Mwasjoe50. I don't like this lady called Syombua. She is the problem.

We are not interested whether @WendyWaeni was watching pornography. #joemwangi should address the issue of compensation from talent of Wendy. You won’t divert attention by badmouthing the lady. Never. Address the real issues.

Wendy is a Christian, prayerful girl, studying in a national school – St. Georges, Aged 14, you expect us to believe she was watching that trash. Nkt! That isn't classy man

I think what you are tweeting here is not necessary. The question is simple, did you give Wendy any money? Please show us the papers or transactions that shows you wired money to them. Otherwise what you are doing here is diverting our attention to unnecessary drama

Where is this guy tweeting from @DCI_Kenya ? This is sad of a minor. I feel this kid will end up vulnerable and depressed. Joe is already tampering with evidence.