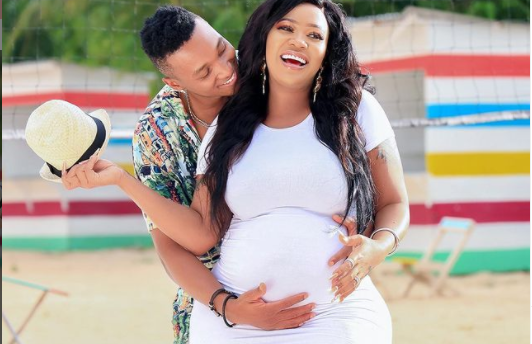 Vera Sidika continues to show her excitement for her unborn daughter with her hubby Brown Mauzo. During Vera’s unexpected pregnancy reveal on 16th July, she received numerous criticisms of people claiming that the baby bump was a fake and that she had a surrogate.

All this came to pass as Vera continued to exhibit her daughter’s movement in her belly.

On the other hand, her hubby Brown Mauzo was the least expected person to make Vera pregnant. He was under heavy criticism as he was termed as ‘poor’ and Vera deserved a rich guy.

In his defense, Vera refuted to bow down to pressure of getting married to a rich man; adding that she has already been there. She’d rather stay where she’s happy (With Mauzo). And that’s why she decided to have a baby with him. 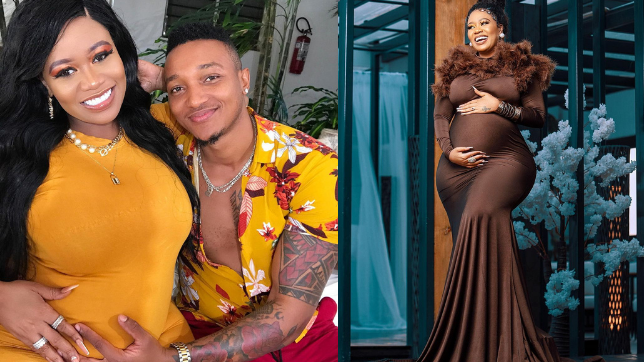 But she advices that having a baby with someone doesn’t necessarily mean that you’re relationship will be strong. According to Vera, it’s only a personal choice to love someone; with or without a baby. Sharing her piece of advice on her Insta stories, she wrote;

”Having a baby with someone doesn’t mean you must be together forever… It’s not the reason your partner stays in the relationship. Your partner stays coz they wanna stay… So many women trapping men with babies, only to end up with 5 kids, different fathers… Don’t ever try this game, coz expectations always leads to disappointments.”

Vera will be giving birth soon to a daughter. After her noble advice, will her relationship with Mauzo last?