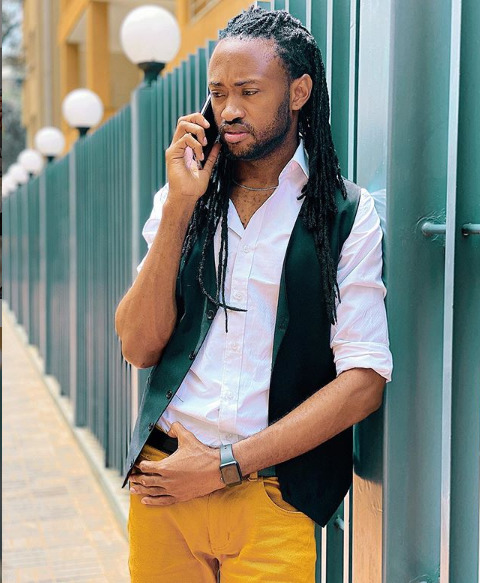 The producer has not been part of the popular show for 3 weeks counting, with several close sources to Nairobi News, explaining why.

It is alleged that J Blessing had a scuffle with the show management that saw them have a crude split.

Yes, the producer is gifted and none can deny that, but working with him is what has proven a mountain too high to climb.

J Blessing is a gifted director. All who have worked with him will tell you that. But he has issues with how he relates with people. He is petty and at times keeping up with him can be a problem.

Arguments have been there severally but what hit hardest was after he failed to show up at Churchill Show´s Kisumu edition, because of an air ticket for his assistant.

Being in a relationship is not a solution to loneliness! Sort your self first before bombarding someone else with your *** #jblessingword

Since then, both parties have not seen eye-to-eye, if anything, someone had to lose.

This time round the bone of contention was his personal assistant, a lady. J Blessing was scheduled to direct the Kisumu edition but bolted out after the management refused to give in to his demand and pay for an air ticket for the assistant to Kisumu. The management decided to cut him loose. He also didn´t direct the following edition of the show in Machakos and the subsequent ones.

A different source told Nairobi News that J Blessing´s reaction after the Churchill Show management failed to cater for his assistant´s air ticket, was suspicious.

Time is more value than money. You can get more money, but you cannot get more time. #jblessingword

According to this source, J Blessing and his assistant, might have something going on.

I also heard something similar that he wasn´t happy when the management told him they cannot pay an air ticket for his assistant because she isn´t part of the team. Boy child was angry, I guess because it´s said the two are having a thing.