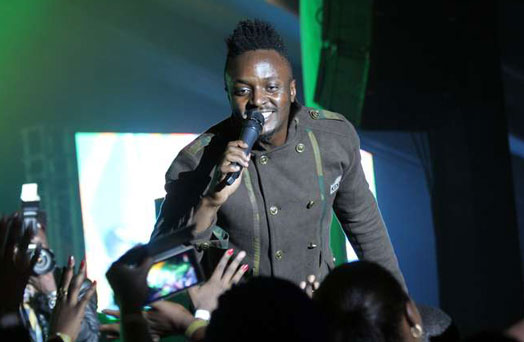 Sauti Sol’s vocalist, Savara Mudigi speaks on what might be ailing bongo music; too much gossip and cheap internet that sees them lag behind.

With a comparison between Kenya and Tanzania, the boy band member believes unlike Tanzania, Kenyans have no gossiping culture that goes deep in their bones.

Last nights vibes ziliweza sana. Nilimeet mamorio wangu wa East @ethicentertainment. Tukalambisha lolo kiasi. I love what they are doing for the culture. Will have to fix a dope beat for these guys. Gonga like juu ya hio story 🤜🤛

And probably why, Kenyan music is still ahead of the bongo flava.

However, back home, speaking in regard to the boy band, Savara stated that Sauti Sol’s focus is on music growth among young talents. Something they are working on.

With a couple of signees in their label, and a label already established, what is left, is to see the talents explore their potential.

Speaking to Mpasho, he shares:

As Sauti Sol we are devoted to nurturing musical talents in the country. Right now we’ve already signed in new artistes and launched our music label. Next is to see our artistes release more hits.

Further adding that, sure, something is cooking – an album – and will probably be ready for release come 2020. However, failing to dig into details on the subject.

Despite the mystery at hand, Savara urges fans to sit tight and wait because something big is about to blow – a blend of local and international voices.

We are working on an album that will be released come next year…it’s too early to name it since they’re not done with recording all songs. One big hit off the album will give us a clue on the title of the album, we are still waiting. Inside expect some international and local collaborations.