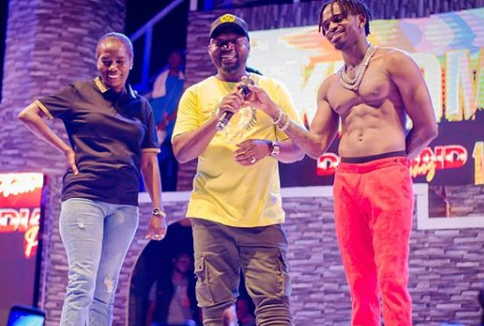 Curiosity killed the cat but the kind of curiosity generated by fans when they believe something is amiss, seems to cheat death.

East Africa´s major end-of-year celebrations were marked in Kigoma, Tanzania as Diamond celebrated his 10 years´ growth in the music industry.

His own head of state, past rivals and everyone who wished to jump in on the train ride were cordially welcomed.

However, the crux of the matter came in after a dear Mama Dangote was called on stage to say a word or two regarding his son´s remarkable growth from the roots.

What she said was not as important as what fans saw when she got on stage. In a blue pair of jeans and a black T-shirt, Diamond´s mum decided to go all casual that evening. 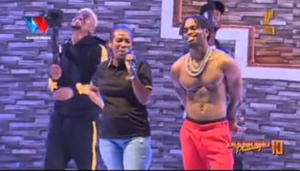 However, her shirt messed her up after fans noted her seemingly protruding belly that she was not so successful in hiding in the long run. 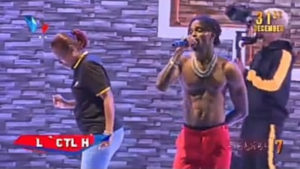 Her belly seems to be bulging a bit more than usual and she had to let go of her fears, once her dear lover got on stage to hold her strong. 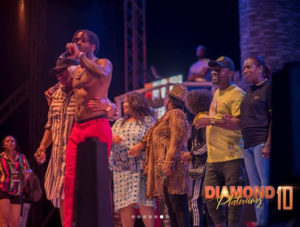 Mama Dangote and her lover, on stage during Diamond´s end-of-year celebrations

Fans quickly raised concern on her pregnancy state with many holding the belief that Diamond should be ready to welcome a younger sibling anytime this year, 2020.

This time, from his step-dad, Uncle Shamte.