Sauti Sol’s Bien and Khaligraph Jones’ bromance has for a long time been noticeable, especially after their collabo in ‘Yes Bana’ which was released in January 30th, last year. It has fetched over 3 million views on Youtube since then.

Their hilarious Bromance has extended on to Instagram where Bien seems to tease Khaligraph about his size after he posted a picture in a suit, 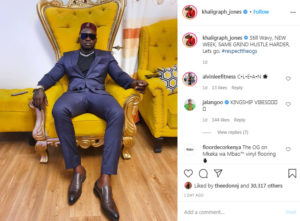 However, Khaligraph did not hesitate to give a comeback to his collabo friend,

Indeed, the OG shall be respected.

Khaligraph was nominated for the BET awards in September last year. He however lost the award to 27-year-old Stormzy, who is a British rapper, singer and songwriter. His real name is Michael Ebenezer Kwadjo Omari Owuo Jr. The Best International Flow category seeks to recognise and reward artistes from around the world. 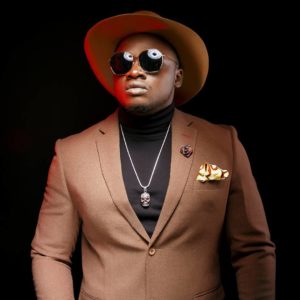 The BET Awards is an annual award show established in 2001 by the Black Entertainment Television (BET) network to celebrate African Americans in the fields of art, music, sports and other fields.

Khaligraph’s latest release was a collabo with Sarkodie dubbed ” Wavy” and seems to be an excitement for Hip-hop fans after a long period of waiting. The song was released a week ago and has fetched over 1.8 Million Views on Youtube!

The OG seems to be unstoppable at the moment and seems to be aiming higher and higher each year. There’s probably more to come.