Nadia, who has time and again proudly confessed she is a virgin, has not only had fans thinking she has aborted a couple of pregnancies, but that she is also lesbian.

The sensational singer engaged fans in a Q&A session online, claiming she is idle and needs to hear all the gossip that has ever been told about her. 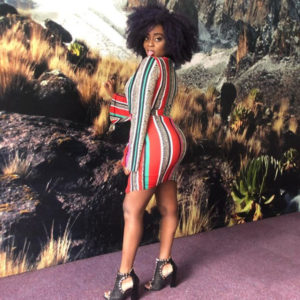 An awe-struck Nadia came out laughing at the rumor affirming:

However, she was quick to clarify to her audience that she is no longer dating Dancehall artiste, Arrow Bwoy. 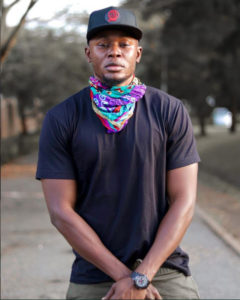 Though she acknowledged the fact that children are a blessing but hers needs to come from one man, and that is none other than American rapper, J. Cole. 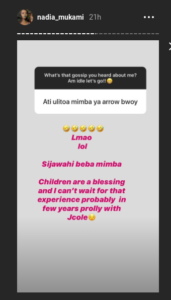 There is something about the American idol that has stolen Nadia’s heart and she just can’t get over it.

With critics telling her those dreams are unattainable and that the rapper is pretty on a different level, none of that has deterred the singer’s vision to claim J. Cole.

Sadly though, it seems things in paradise are no longer going well after she confessed ‘Our relationship is on the rocks’. 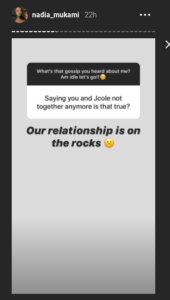 Disbelieving masses have time and again called out the songstress for hiding her relationship status by using J. Cole as her scapegoat.

Ur single pretented to be in a relationship

Stop hating on me and Jcole. 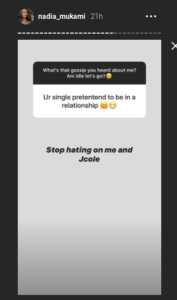 A fan sought to confirm about Nadia’s alleged pregnancy, speculations that started last year after she stepped out with a grown belly. 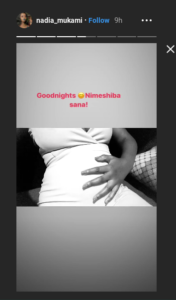 For her, the only pregnancy she can afford at the moment is channeling good music her fans’ way. 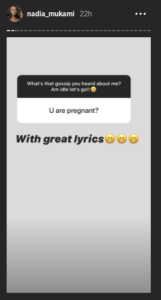 The fast-rising female artist has previously indicated that she has too much on her plate to have children yet.

Children are a blessing but I am focusing on myself and my career as there is so much in store. 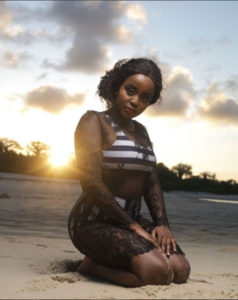 On another note, fans persistently asked her about her sexual orientation, posing: 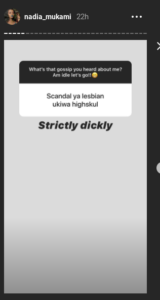 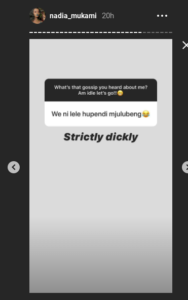