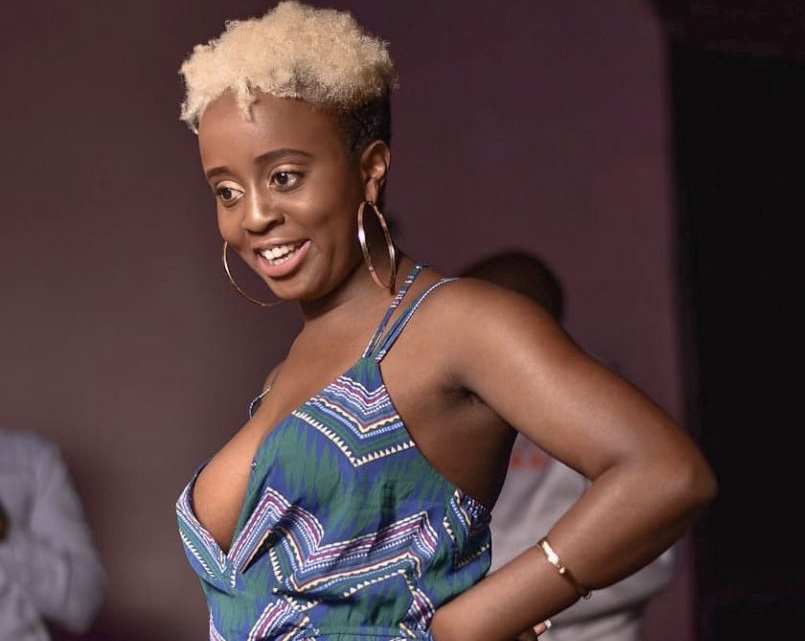 Nadia Mukami is now willing to let fans who think she is a softy take advantage of her politeness and silence!

Well one Stella Bella is aware of this as she is the latest social media bully to be used as example after sharing a defamatory post against singer Nadia. 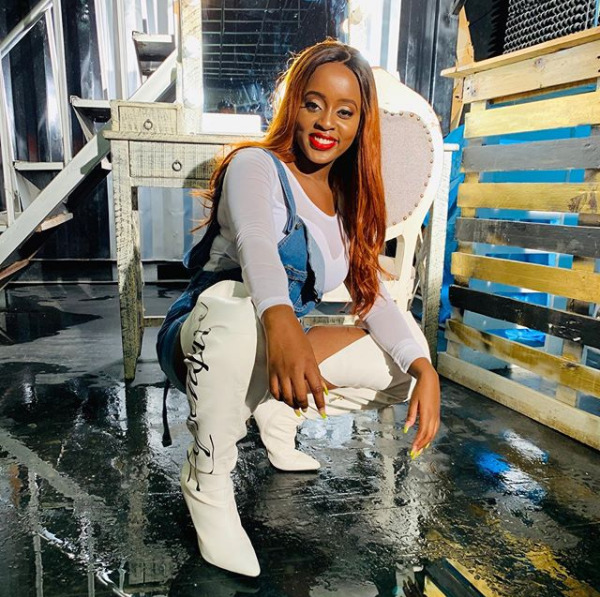 Through her Facebook page, Stella Mukami revealed that a while back, she reached out to Ms Mukami to perform at a certain event. And as event organizer Stella assumed that Ms Mukami would understand that she too was hustling to put food on the table.

How it all began

In detailed post that seems to have landed her in trouble; Ms Mukami revealed how she struggled to put everything together and of course managed to get Mukami the gig which was to pay her 80k. However being the hustler she is, Stella requested Ms Mukami to give her 15k (ya macho) while she remains with the 65k. 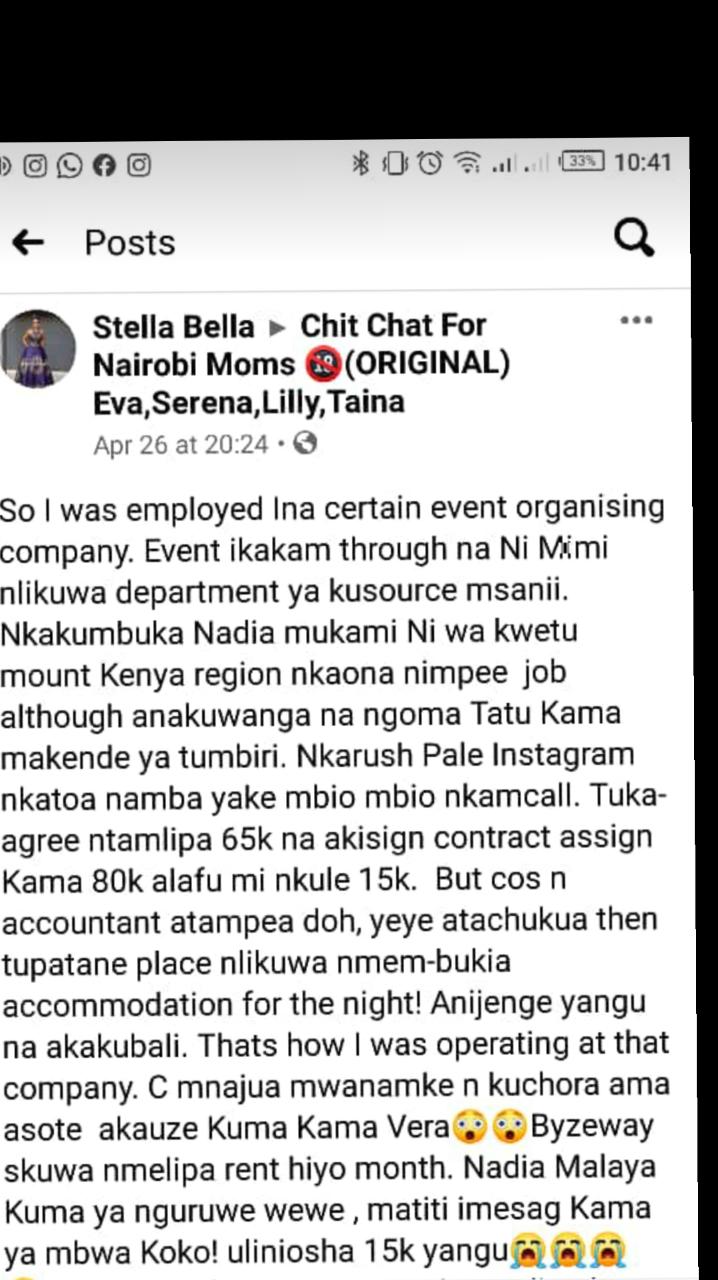 However, this did not happen! Apparently Ms Mukami walked away with the 80k forgetting the agreement she had with Stella. This of course brought bad blood between the two and after trying to maintain her cool – Stella finally decided to expose Nadia.

Although the words used by Stella chose to use the worst words ever while throwing shade at Ms Mukami; there are those who couldn’t feel her pain

Since social media is a place where news travel fast than anything else; It wasn’t long before Nadia caught wind of the story circulating on social media about her and Stella!

Well, as seen on a post shared by Seven Creative Hub who manage Nadia Mukami as an artist; we now understand that they have threatened to sue the lass if she fails to delete the post about Mukami in less than 2 hours. 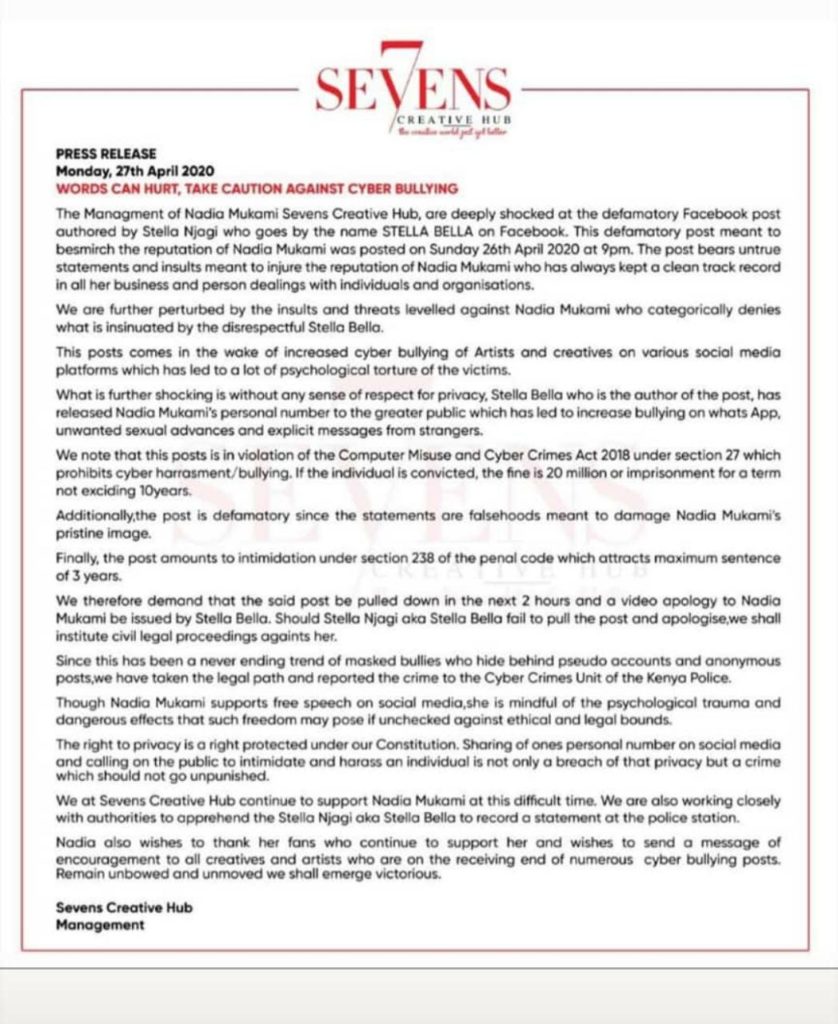 Part of the statement released also revealed that they would be suing Stella if she failed to apologize to the singer for using such words on the singer!

Well there you have it!