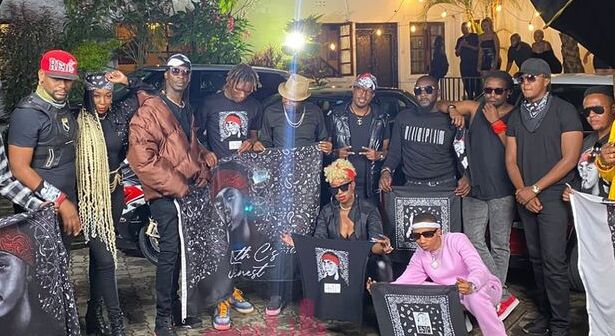 Legendary musician Nameless has teamed up with renowned gengetone musicians Trio Mio, Nelly the Goon, D’more, and Habib to pay tribute to E-sir. E-sir was a very close friend to Nameless, in tandem with his wife in their early days of doing music; and Nameless has not forgotten about him.

The song dubbed ‘Bandana Ya E-sir’ which was released on January 19, hopes to celebrate the life of a Kenyan legend and to introduce his legacy to a new generation of artists.

Trio Mio has been compared to him on several occasions, and it’s something he has gladly accepted while undertaking his musical career. Just like him, Trio ventured into music at an early stage; and there’s some similarity in their looks. According to Nameless, the song comes at a time when E-sir who died at 21, would be turning 40.

Wahu and Nameless have over the years remembered E-sir on his birthday with nostalgic messages & celebrating him.

They have now gone a notch higher by releasing the song. The uploader being Ochungulo Family. The song has garnered over 160K views on youTube since it’s release yesterday.