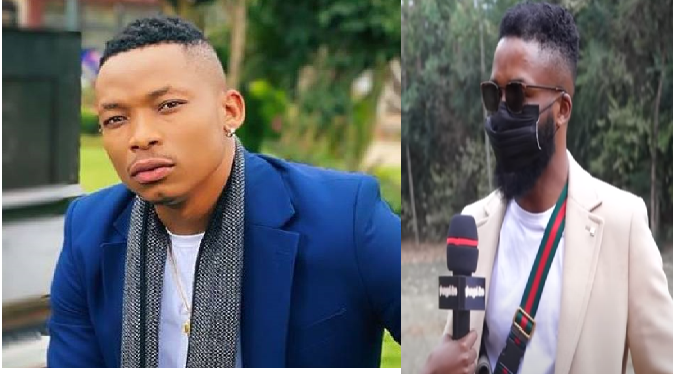 Numbers indeed don’t lie; and Otile Brown is among the best artists in East Africa when it comes to numbers. In Kenya, Otile is a top artist who has achieved a lot in terms of viewership of his songs.

Otile is currently in disbelief after his top songs were deleted from YouTube about two days ago. The ‘Dusuma’ hit maker addressed the issue to his worried fans.

”No respect 4 people who will cheat or bring others down to shine .. weak ish* .. anyways I’m currently in South Africa drinking one of the best cocktails in the world .. rocking new Versace Glases , new new balance 550 shoe, new Zara sweatshirt & a Gucci body cross bag .. let’s not talk about them lil chains please

loosing my cool with y’all…”

While some artists use such stunts for kiki and all, Otile rarely does such. He promised his fans that the songs were indeed deleted without his consent; and that he’s planning to take l**********n.

OB’s manager, Noriega, has also reiterated over partaking l**********n. The manager states that they already know the culprit involved; adding that he/she had access to the YouTube account.

”… Basically what it means is this is somebody who has access to the account. And for us, we already know who that culprit is… We want to make sure that as soon as this is handled, nobody will ever repeat such a thing..”

Apart from Otile’s songs, Nadia Mukami, Nviiri the Storyteller, among other artists, got their songs also deleted from the platform.