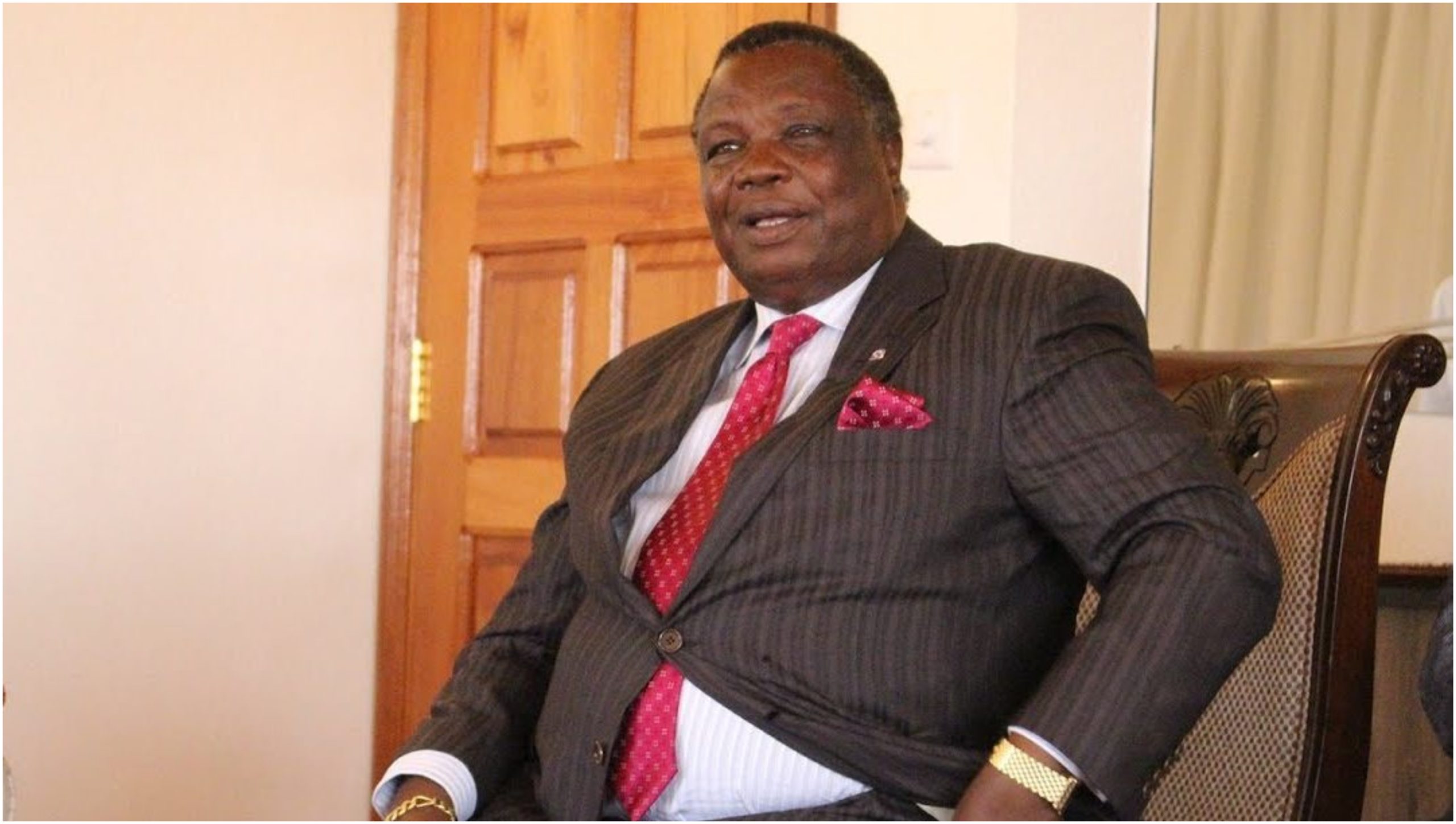 COTU Secretary general, Francis Atwoli is one man who has never shied away from flaunting his wealth and luxurious lifestyle to the public.

Just the other day, he hosted over 40 Luhya legislators in his home in Kajiado County and believe you me, there was space for everyone including their vehicles.

A quick glance into Atwoli´s multi-million, spacious home and you would mistake it for a mini-Statehouse. 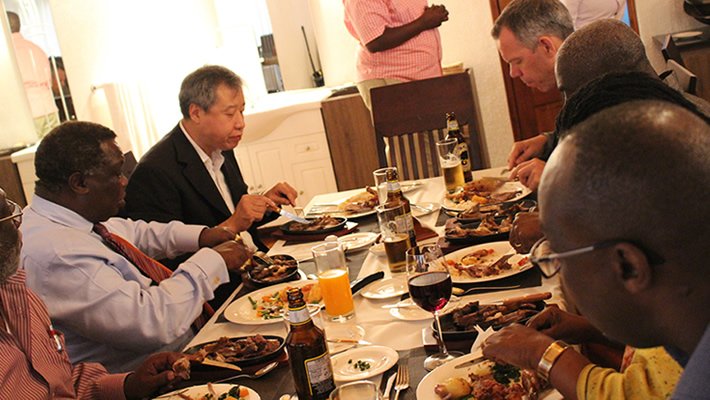 COTU Boss, Francis Atwoli with guests at his home in Kajiado

On a different note, in October 2019, Kenyans witnessed a shocking move by the Kenyan Trade Unionist during his Live Interview with Citizen TV´s Jeff Koinange, where he tossed away his iPhone.

Only to later discover it was running upwards of KSh 170k.

Well, what I am about to say might not be news to you considering where the COTU Boss is coming from but spare a minute.

Photos of his youngest wife, KTN´s Mary Kilobi Atwoli being attended to by a Mzungu lady in his home in Kajiado have emerged online. 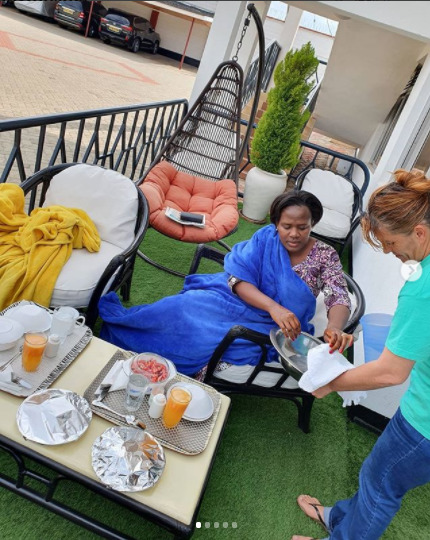 Mary Kilobi Atwoli at their home in Kajiado

Ms Kilobi was yesterday spotted with female colleague, Sophia Wanuna, getting washed hands and served drinks by a Mzungu native, believed to be the househelp. 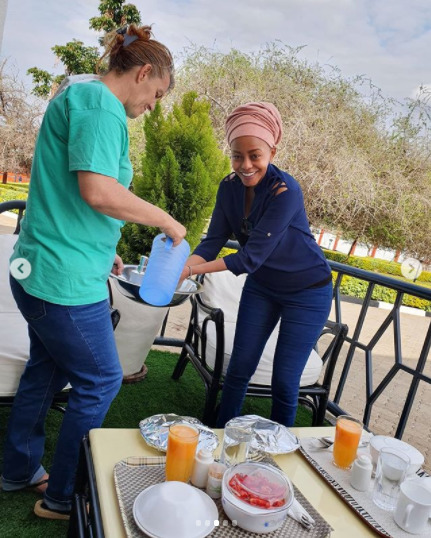 Meanwhile, the two TV personalities slouch back on their low seats, cushioned with some fluffy blanket, as they grapple with the chilly weather. 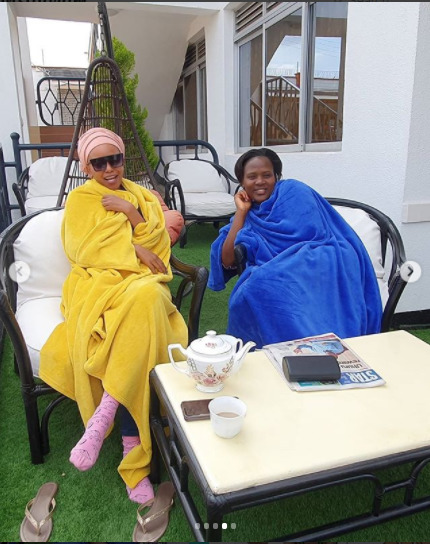 They are seen relaxing by the terrace, having a chit chat while biting something. 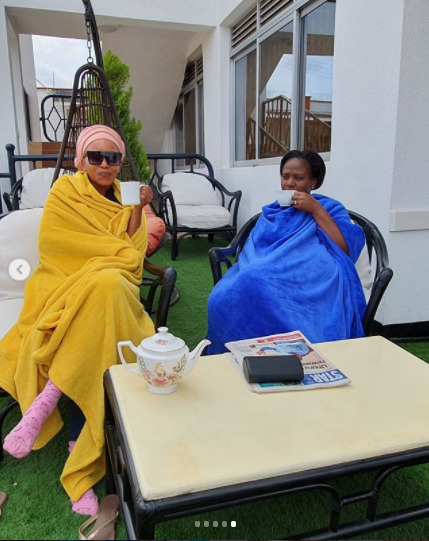 It is not so much about where they are and the kind of flashy, serene environment, Kenyans were shocked about the fact that Atwoli has Mzungu servants in his home. 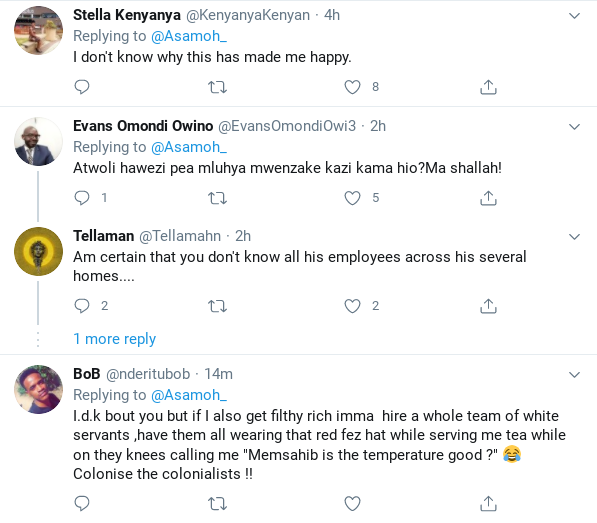 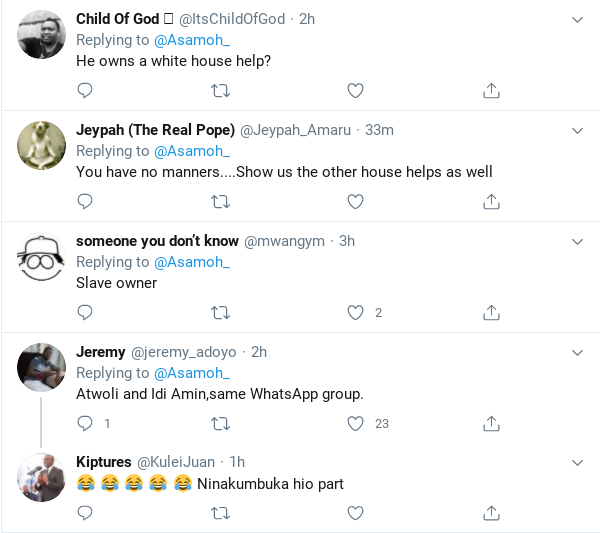 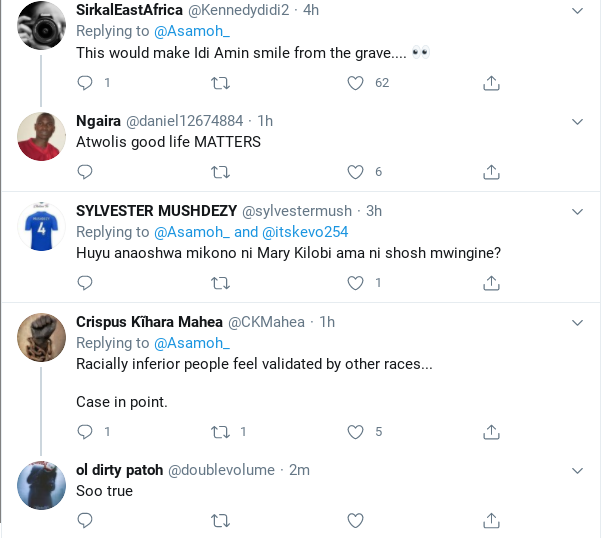 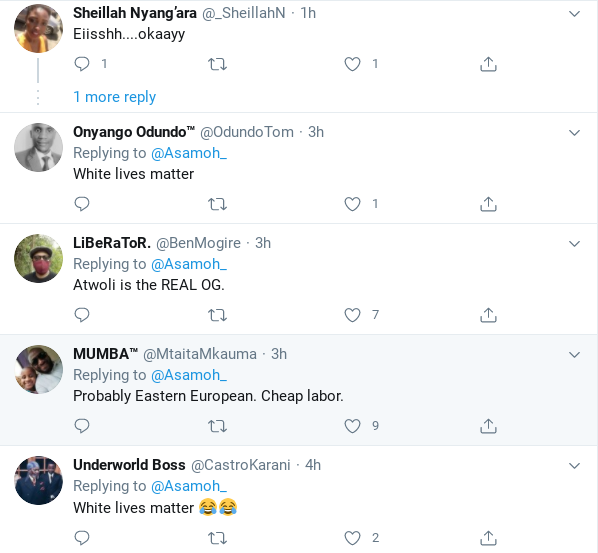 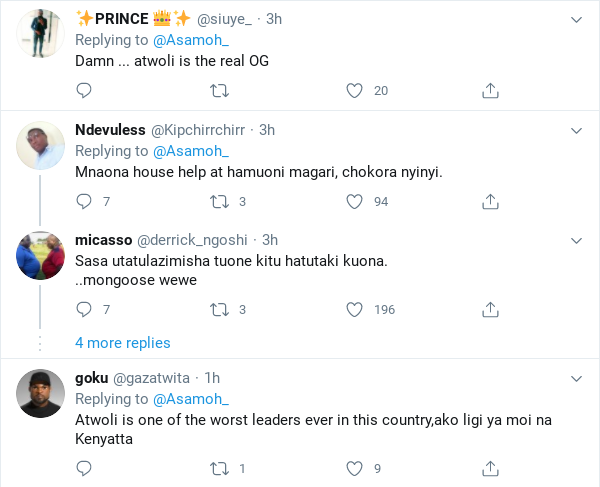