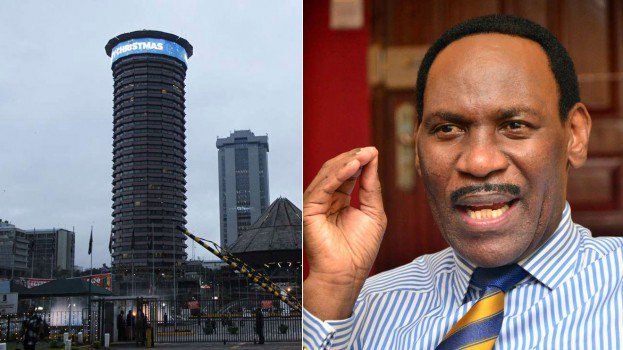 Kenyans took to Instagram to troll KICC and moral cop Ezekiel Mutua, begging him to ensure that the building is destroyed after learning that it was inspired by a donkey’s erect penis.

Social media has been a buzz lately after the designer, David Mutiso, shared on Citizen TV that the building is exactly as a donkey’s penis.

Kenyans took to social media to troll Mutua who has been fighting immorality asking him to ensure the building was brought down.

Though Mutua has not bothered answering, yet, the posts are just too funny.

Hi @EzekielMutua please call for the demolition of KICC as it is offensive and goes against our Christian morals . https://t.co/KknDeh25YD

I think the good doctor and his beliefs should be more worried about his personal wastage of public resources while orphans and widows suffer (if he really does read his bible) than by what other sinners are doing… Jesus was explicit in these matters.

@EzekielMutua You could ban KICC like you do everything else. It is eroding our morals. While at it please ban the bible pic.twitter.com/S6OugtrmeI

When you ask Ezekiel mutua what he thinks of kicc design pic.twitter.com/d8zqj6dJSO

Wale hupigwa picha ni ka wamekalia kICC ,,, y'all sitting on a donkey penis??..
Heee. Only in kenya. Tommorrow headlines will be Ezekiel Mutua orders KICC to be demolished as the building is immoral? pic.twitter.com/iySkLvMhqm

@EzekielMutua No word for you. If you have nothing to say don't say it here. Just take a leave and go on holiday. You will be fine. Get well soon @Marion_Ngari

Let's wait for what moral cop will say abt this

Hey @EzekielMutua the moral police, have you heard what inspired KICC?