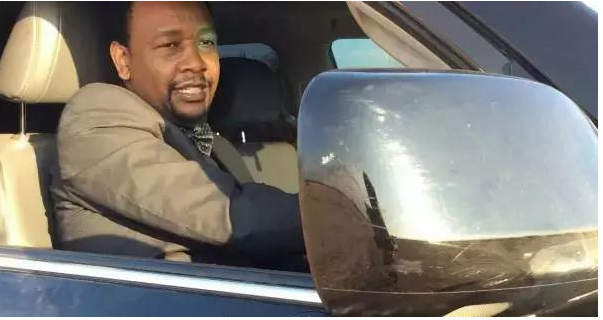 The last time Pastor Migwi made headlines was last year when a horde of women from Kilimani Mums crowned him Kenya’s most handsome pastor and completely wen gaga over him.

And not only were they fascinated by his looks but opulence and charisma which culminated in clean cut suits and a stunning landcruiser VX V8.

Also read:Just like Caroline Mutoko, Popular Pastor Bashes the 100 bob couple and their 3.5 million wedding…..Refers to it as one big sham!

He had since taken a back step from social media until recently when he went on Facebook to announce that he was leaving the country to go and start a ministry in the US. He’ currently the steward at House of Hope in Kayole which is a church of choice for many Eastland dwellers.

Now female members of his church has since gone berserk as they don’t want him to go.

A close source to him shed more light on the matter and indeed he’s leaving but he’s yet to establish whether he’s coming back or not. 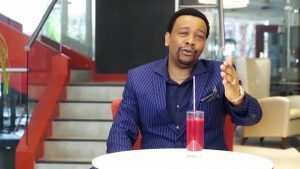 He’s on an important mission of casting out demons which was bestowed on him by Kenyans in the US who saw the work he did for a Murang’a man who was possessed by female demons who used to visit him at night and commit all manner of atrocities. It was after the intervention of pastor migwi that he was salvaged from untold torment; the story was featured on Kameme FM.

He’ visit will cut across Texas, New York, Boston and many other States where Kenyans reside.

This is how he bid farewell to his congregation and this is how they responded: