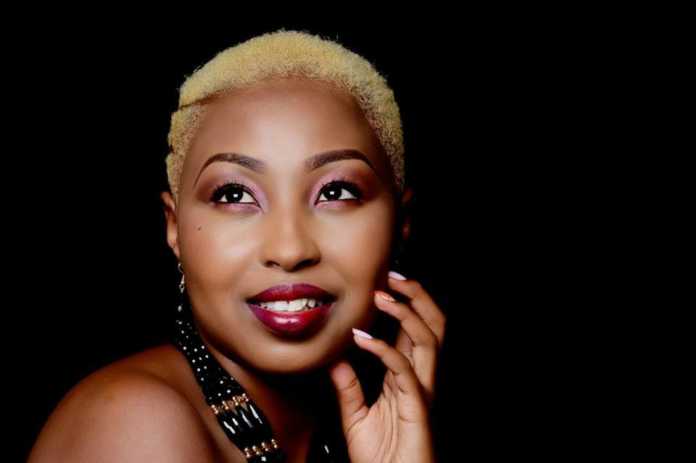 ¨Cheza Chini¨ female singer, Vivian is a mother of a fast-growing daughter but she is still able to juggle that with her music career which is hitting the roof at the moment.

Vivian who is currently Sam West´s wifey has a daughter from her previous relationship. 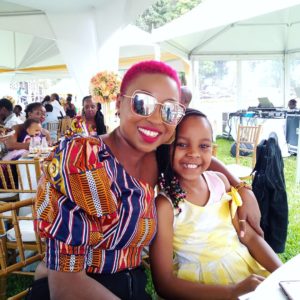 One on one with Kiss 100´s Shaffie Weru and Adelle Anyango, the young mother shares:

We were just chilling with the children.

Further on, the Kenyan beauty admits that she sadly turned into her mother when it comes to being the ´bad cop´ at home:

I might not have inherited the ´traditional´ way of doing things, but I am really my mother´s daughter 100 percent.

And it scares me a lot.

So I am a bit of a disciplinarian.

Happy Mother’s Day from me and my babies 😘

I think just the fact that, seeing how big my daughter has grown over the years.

It just makes me think WoooooW!!!

She however takes in the credit for her glamorous look in studio and does not sit back when Shaffie thinks that Sam West is actually a major contributor of her look.

According to the top artist, she does not need a man by her side to come out looking like a Queen.

Vivian´s music career might have not thrived as such in the past but her recent comeback has been a major blow in the competitive world of secular music.

I feel like I am redefining a lot of things, 2019 moving forward.

Because right now, I am more in touch and connected to my career than ever.

I have a really strong voice in terms of making decisions more than I used to have, for the past 5 years.

I think every 5 years, for a music career, it´s like there´s a shift of things a little bit.

However lucrative secular music seems to be, Vivian affirms that this is not the age and time to just spit out lyrics and your feelings without taking note of the kind of content one is expressing.

And now it´s not all about making the music but also the voice that I´m putting out.

Because my voice now is louder than it was even a year ago.

Right now if I say something silly or whatever it is, it ends up on the block.

So I have to be super conscious about things now, it´s my responsibility and I can feel the pressure.

And even for the content, right now if I release music and guys were like, maybe they´re not feeling it, they´d just be like, ah Vivian wacha, unatuenjoy.

Get down to your best Vivian Music this weekend. It’s always a vibe💥 Comment with your favorite tune 🎶

The Kenyan well-established songwriter articulates that fans have become more conscious and somehow partake in one´s music career as well as lifestyle.

We´ve now become boys with my fans even on the streets, they confront me in my music.

So I have a lot of shareholders in my career and in my life.

It´s however better than when people don´t care because hiyo ni ngori sana.

Vivian Kenya is the voice behind anthems like ´Chingi Changa´ which is a complete opposite of her new ´Cheza Chini´ jam as well as others like ´Chum Chum´ and ´Attention´.