A 21-yr-old Kakamega jack of all trades wins the latest brand new ride in the Omoka Na Moti promotion! 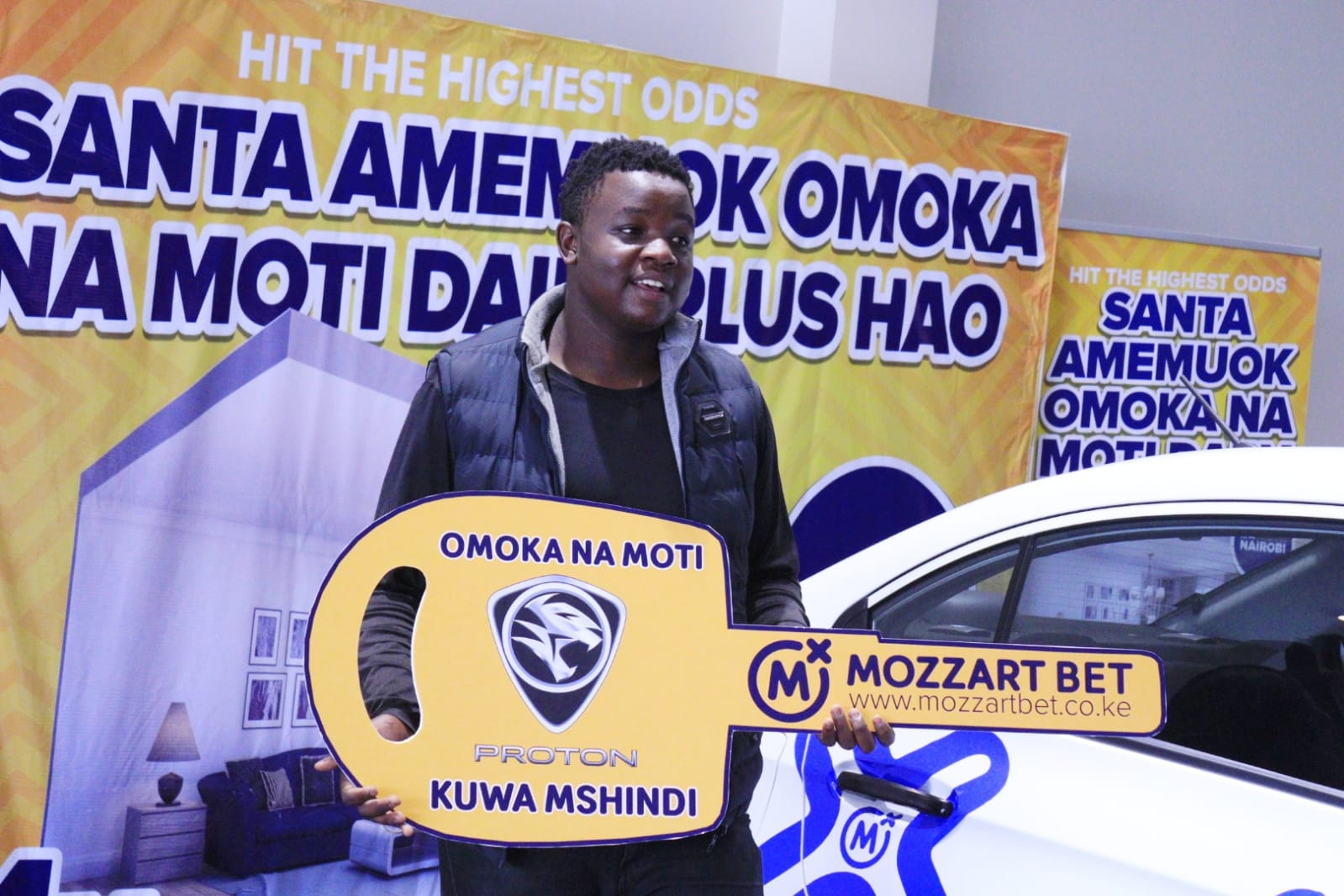 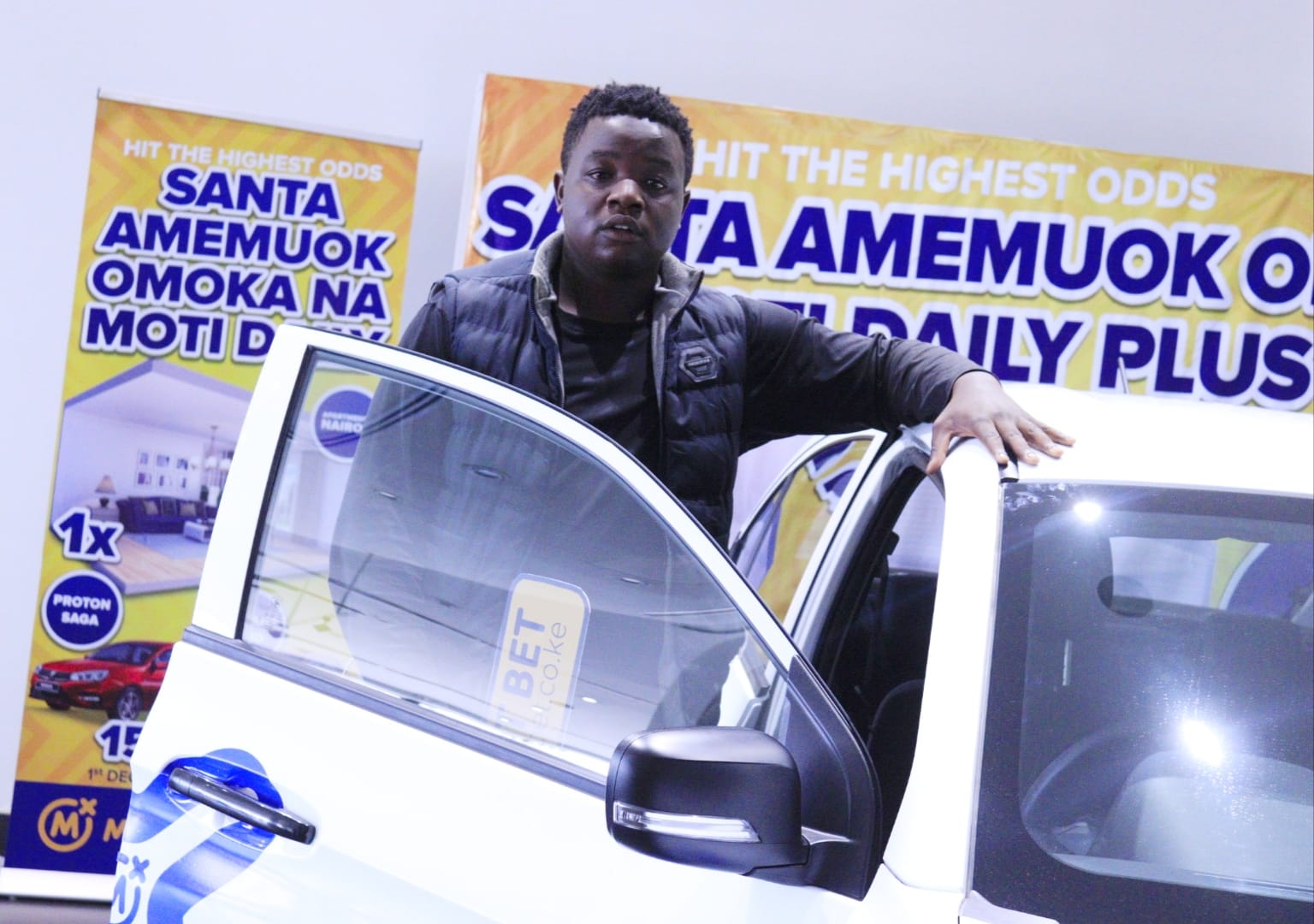 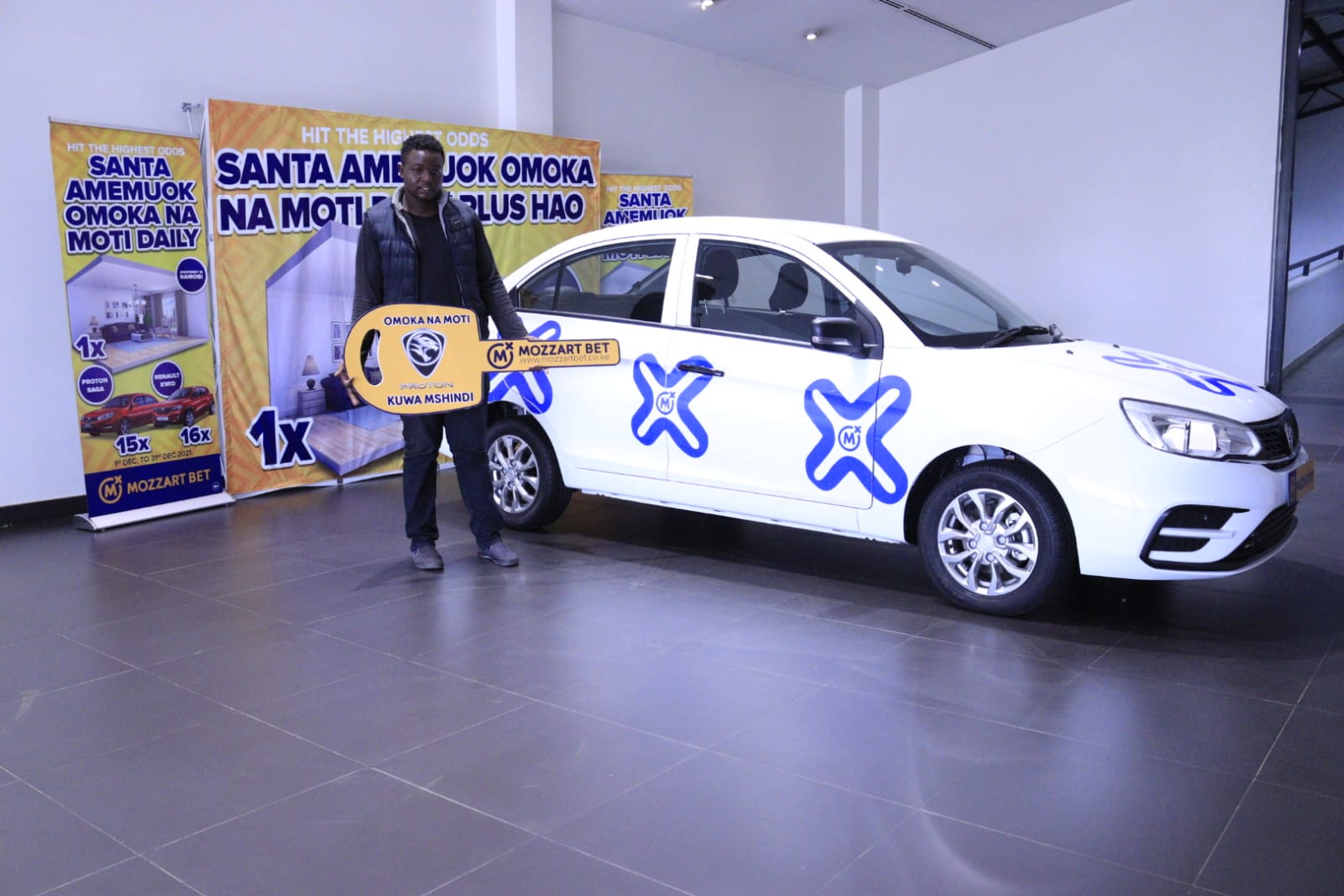 The latest winner of the Omoka na Moti Promotion is 21-year old Lenox Shimanyula from Kakamega. In his own words, he is a jack of all trades.

“I don’t have a job description. I do anything that is legal to make money. I might be young but I have learnt the art of business from my family. I am multi-skilled and do a lot things including driving heavy commercial vehicles at times to earn my daily bread,” Shimanyula says.

On Monday evening, Shimanyula placed Ksh 200 on a stake on just four games with combined odds of 311.6.

While doing this, he had no idea he would win a brand new Proton Saga car worth Ksh 1.5 Million.

“I needed some cash to clear a loan that was bothering me. So I quickly analyzed five games but decided on just four since the fifth one was to be played on the wee hours of the morning and I was in dire need of money. Luckily I won slightly over Ksh 47,000 and quickly settled the loan. That was it and I slept a happy man,”

“However, I was surprised when I received a call from Mozzart Bet confirming me as the winner of a car in their ongoing Omoka Na Moti Promotion. I honestly did not expect it and I am really happy.” Shimanyula opens up. 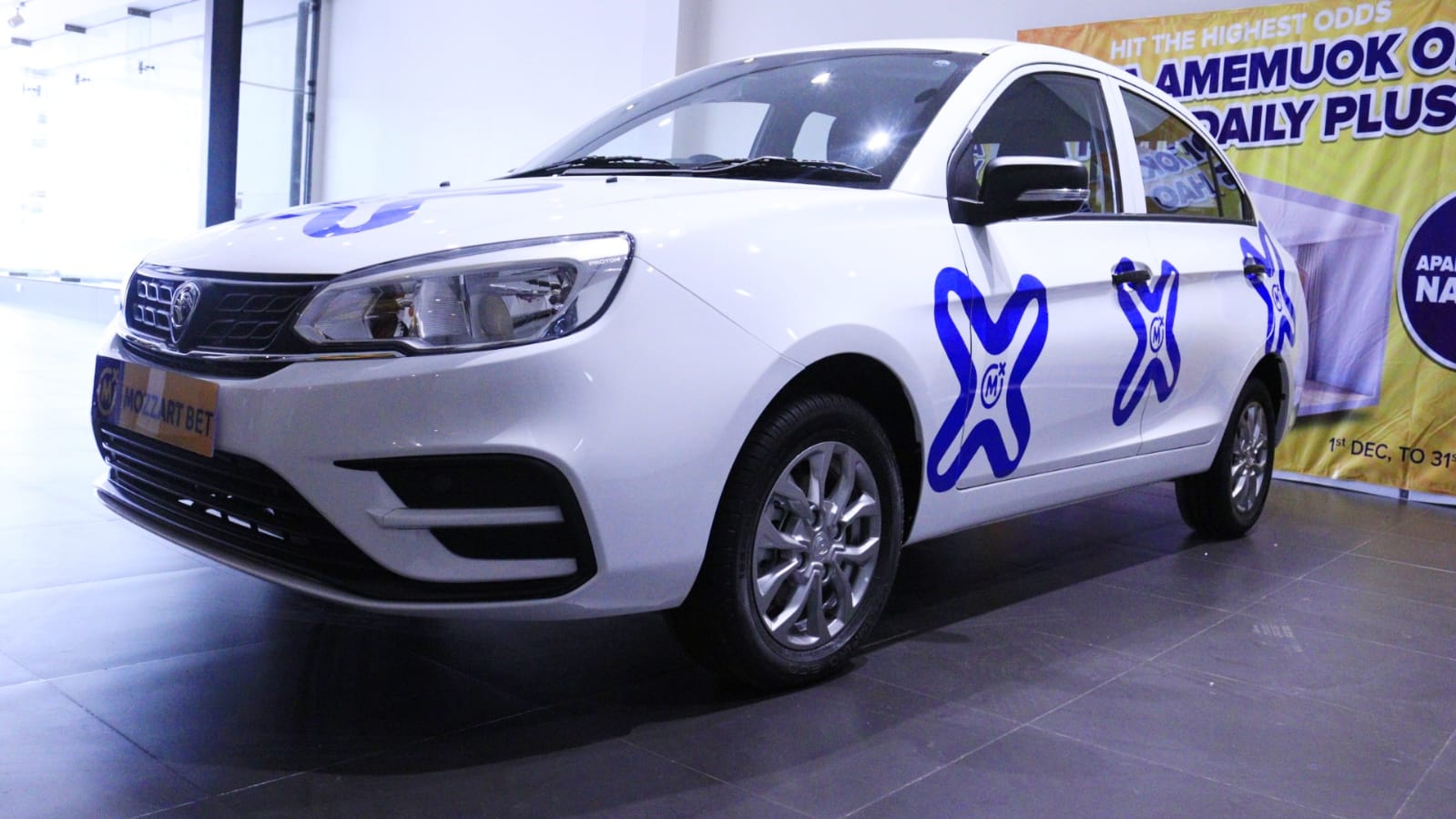 Shimanyula has a car that he hires out on self-drive and he now plans to expand the business with the new car.

“This car has come at the right time especially during the festive season. My vision is to have more cars to hire out in the near future and therefore this is a good start.” He said.

Shimanyula advices punters to use Mozzart Bet as it is a trusted brand.

“I come from Kakamega and Mozzart sponsors our local team Kakamega Homeboyz – that is how I came to know about them and I have trusted them ever since. The most interesting thing I love about the company is the Monday bonus. I rarely miss it and as a matter of fact I used a portion of the bonus I got on Monday to place this winning bet.” He concludes.