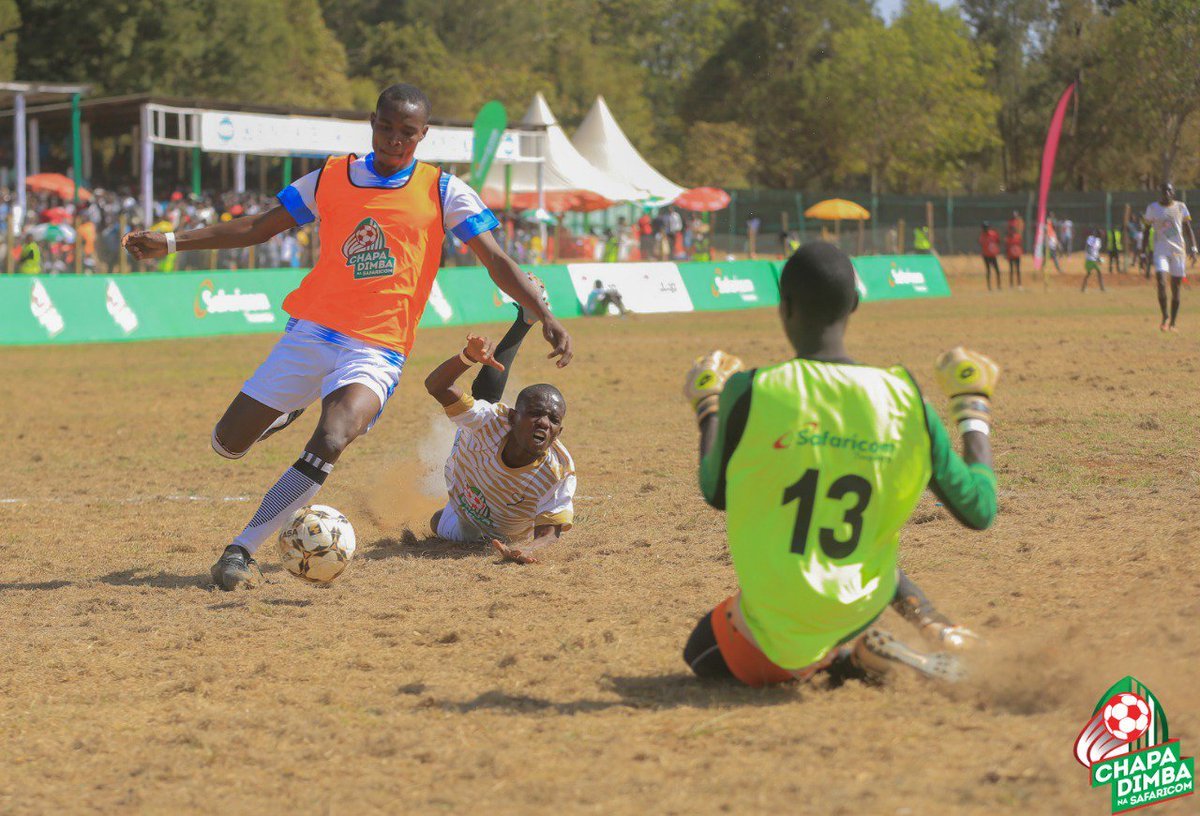 It goes without saying that final of a football tournament is the most exciting part. Nothing beats the feeling of seeing the best teams going up against each other. It’s quite an experience!

The same case applies to Chapa Dimba, a tournament that was started by Safaricom with the aim of transforming the lives of boys and girls, aged between 16 and 20, by giving them a chance to earn from something that they are passionate about – football.

1600 teams all over the country registered for the competition. This number has been whittled down at every stage as we draw closer to the national finals which will be played on 8th and 9th June at Kinoru Stadium.

The tournament is currently in the regional finals stage. At this stage, 8 teams, 4 girls’ teams and 4 boys’ teams, take on each other for a chance represent the region in the national finals and walk away with a large sum of money.

The regional finals began in Western where Blue Saints and Bishop Njenga Girls, both from Lugari, were crowned winners. It then moved to Nyanza where Manyatta Boys and Ndhiwa Queens emerged the best of the best in the region.

After Western, Nyanza, Eastern and Rift Valley, all roads lead to Bomu Stadium in Changamwe on April 6th and 7th for the Coast regional finals.

After the Coast, Chapa Dimba will head to Nairobi, Central, North Eastern before culminating in Meru where the where the national winner for both the girls’ and boys’ teams will each get KSh 1 million, while the runners up will pocket KSh. 500,000.

Turn out in large numbers and support your favourite teams at Bomu Stadium this weekend. You can also follow the conversation on social media #ChapaDimbaNaSafaricom.

Watch the video below and see how Chapa Dimba has transformed Brian Lumumba’s life.