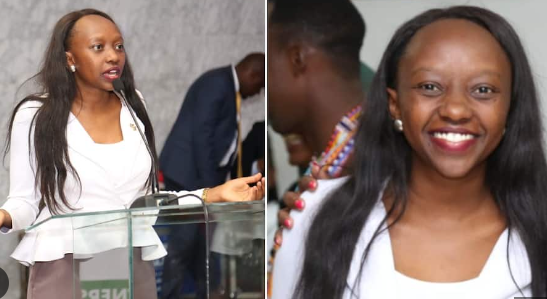 Being a rich man’s daughter comes with it’s own advantages. You’ll grow up being a spoiled child; getting all the goodies you’d want.

President Ruto’s daughter, Charlene, is one of the kids who were lucky enough to get a good life; judging from her father’s wealth.

Read also;Influencers Who Made It Without Help Of Traditional Media

But recently, Charlene left everyone flabbergasted after claiming that she sold ‘Kachumbari‘ and smokie while she was in the University.

The video has received mixed reactions among Kenyans including those who she was addressing.

Her University days were in tandem with her father’s period as Deputy President; so there was no way she could do such an odd job.

Most successful people tend to pretend that they started off as broke & from poor backgrounds. This was the case with Charlene. And not everyone is buying her sentiments.

She has been denigrated heavily over the same. To be honest, it doesn’t make sense. Selling smokies while your dad is a deputy President? Doesn’t make sense, right? Charlene is obviously taking us for a ride.