Just a few days ago Samidoh shared a video on TikTok hinting that he was not planning on raising a bastard. At first we didn’t know who he was directing the clip to since both his wife and lover, Karen Nyamu are expectant.

However judging from his shaky relationship with Karen Nyamu, fans quickly concluded it must be her; and not his wife Edday – I mean have you ever seen him shade her in public? Never.

Also read: “I will not raise an illegitimate child” Says singer Samidoh

Anyway with the video making headlines on top blogs, Karen Nyamu of course came across it and has now decided to respond. From what she says is that no one holds him responsible for the unborn baby and if anything – he should stop overthinking about it. Alaar.

The politician made this known while responding to a fan who told her;

To which she said;

Also read: High testosterone: Samidoh shows us how not to simp 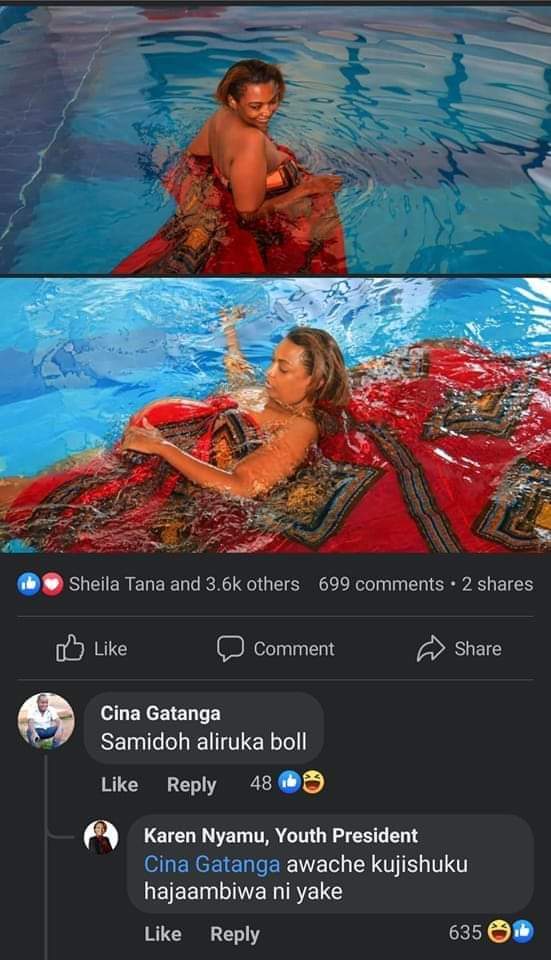 On and off affair

This comes 5 months after Karen Nyamu revealed about her pregnancy shortly after a fight with Samidoh who at the time was accusing her of bedding other men.

Speaking on the emotional video, Nyamu accused Samidoh of clobbering her yet he knew she was 3 months pregnant for him. She said;

I have been beaten, my hair has been removed. And I am just three months pregnant. We women are so stupid, we have to teach these violent guys a lesson. I am shocked, my daughter has cried.

That man is fertile. Children are blessings. Love is stupid

Well, we can’t really say that this affair is over and done because their relationship has always been an on and off situation.