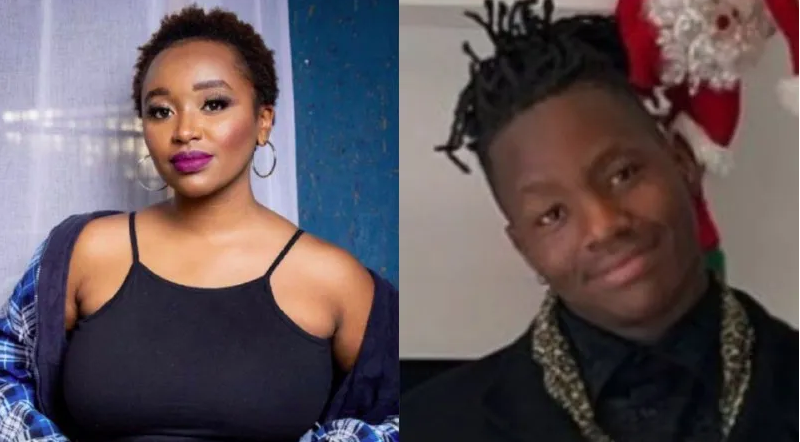 Last week, popular content creator GK Nyambura invaded her ex-boyfriend Omoke’s place with an alleged aim to reconcile with him. A short viral clip showed Nyambura screaming on the compound to capture the attention of her ex.

Video director Omoke filmed GK when she went over to his place with her friends at 4 am and shared it on his social media pages. In her defence, the YouTuber noted that she had been called over by Omoke and she only wanted to pick up her clothes.

“I scream so cute first and plot twist we were invited so were guests we wanted to leave and we were not allowed, he wanted us to go there,” she said.

The squabble went on for several minutes as the video caused ambivalent reactions. Some rebuked the act while others supported Nyambura.

GK and Omoke were dating before she did an exposé of him that he allegedly cheated on her and that she was done with him.

Turns out, GK was also having a romantic affair with his watchman- probably. This is after she shared a cryptic message saying that Omoke’s watchman made her scream more than Omoke.

”His watchman made me scream more than he ever could,” GK wrote.

Only a few will get what this means. And this tells us more on GK’s character. Probably she was also cheating on Omoke.