How it all started for all-time TV sisters, Lulu Hassan and Kanze Dena 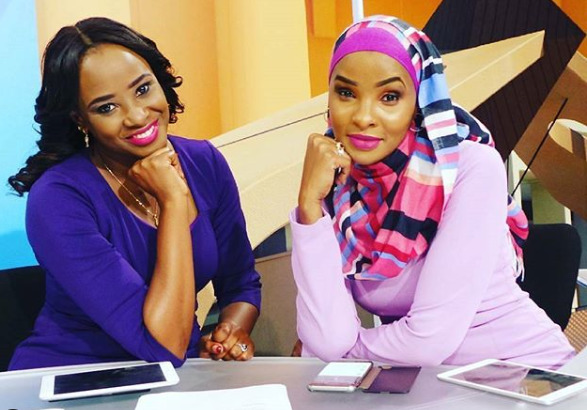 However, recently, their past was unveiled. Since the very day the pair started off their duo-anchoring on Citizen TV´s 7 pm news, they have been a force to reckon with.

A friendship pretty rare especially among women who are each competing to be better than the other.

So it traces back to when they met online, before they saw eye-to-eye, later becoming inseparable sisters.

During a past interview with ¨Parents magazine¨ Kanze revealed that their friendship had blossomed way before becoming the TV duo.

Interestingly, Lulu and I started our friendship on social media. We used to chat on Facebook for almost a year.

Funny thing being, despite having met online, it actually grew into something realistic that none of them regrets.

After their online chats for close to an year plus, they finally met during Lulu´s son first birthday event.

Thereafter, establishing themselves in the Royal Media-owned TV station.

Despite having parted ways as the popular TV duo, their friendship remains unshaken.