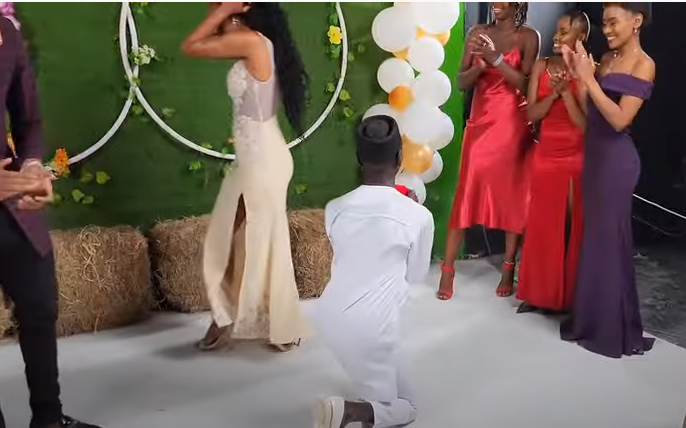 Stivo’s new catch is a hottie! And the singer has proved several stereotypes wrong after showing off his new ‘asset’. 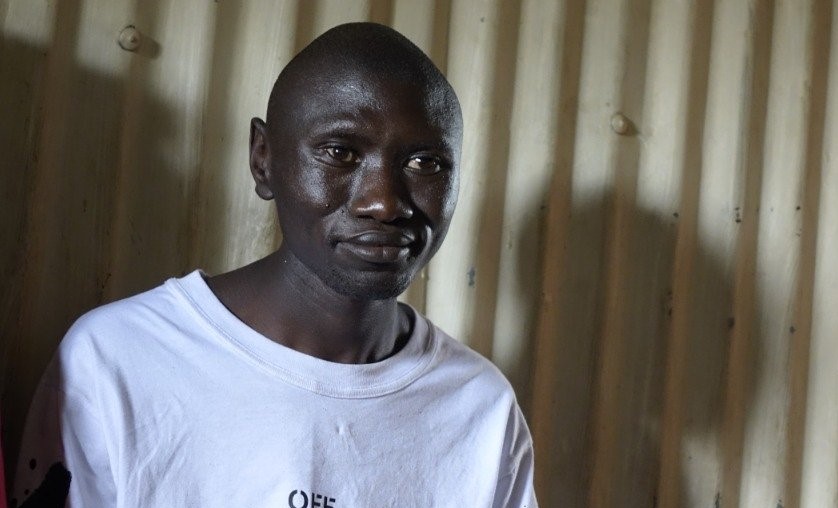 The proposal was captured by Mungai Eve and Stivo is seen tapping his gorgeous girlfriend on the back as he goes down on his knees. The handful crowd cheer him up with a round of applause as he puts a ring on Gee’s finger. He then proceeds to give her a peck as they share a cosy hug. Most people claim the whole thing is staged, but the singer has received numerous congratulatory messages from his fans.

The proposal comes after Simple Boy confessed his love for ngongingo, in other words, he’s deeply in love with ladies who have a big behind. The singer poured his heart out to media personality Kamene Goro recently, and confessed that her physique has swept him off his feet; and he can’t help himself from falling in love with her.

Read also; Stivo Simple Boy Opens Up On Having A Huge Crush On Kamene Goro (Video)

Despite having a crush on the radio presenter, she has friend-zoned him and claimed that the singer is not her type.