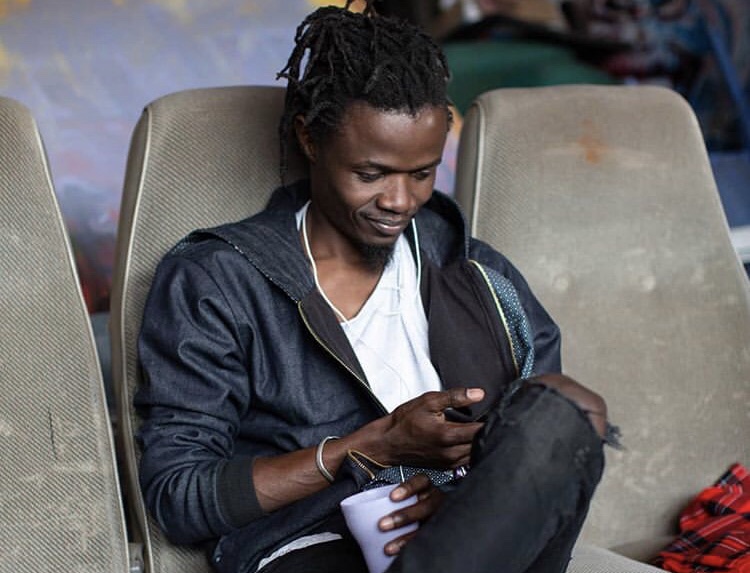 Social media can literally ruin your entire day with a just one comment. Well, if you think I’m joking then ask Juliani who woke up this morning to share a new photo; which  he probably saw fit to upload on his page – only to receive backlash.

On the photo shared early this morning Juliani is seen serving a fresh face ; but for some reason a few fans felt that he didn’t look so appealing.

A fan identified as went on to throw shade at the fact that Lilian Ng’ang’a ditched Alfred Mutua; for someone like Juliani in a comment where they wrote; 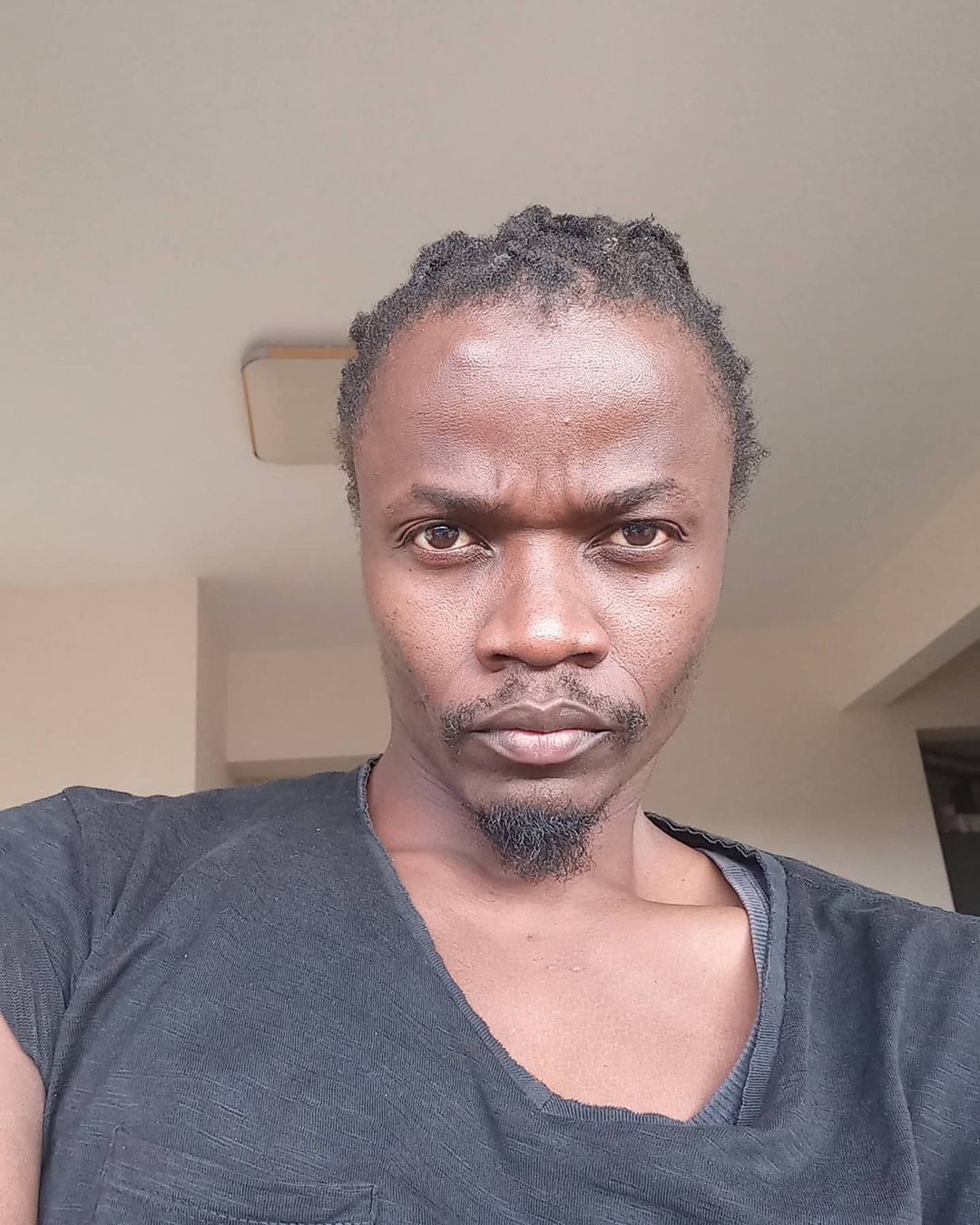 Well, it’s obvious that this particular fan felt Juliani’s face game is just not to cute to look at; a move that also seems to have hurt Juliani’s feelings.

Responding to the troll comment, Juliani decided to leave what appears to be an emotional comment where he wrote;

@anne_perer I really feel sad for you. How small can you think yourself. That you wants up to a strangers comment to he seen. Before this post, no one here knew you existed. You are now seen. I pray you find healing in whatever inakusumbua. I pray you flourish in all you do. Juu you must be really sad to truly put people down just to feel good about yourself.

If you thought after this comment Juliani decided to chill off then you must not really know him.

Unlike other celebs who are used to being trolled, Juliani saw an opportunity to get  dirty with the online fans as he went on to hit harder saying;

I don’t usually do this. But I got a few minutes. I looked at your profiles in a normal day I wouldn’t even look at you twice. You can be better. Roho safi ndio urembo, filter haziezi fanya miracles. 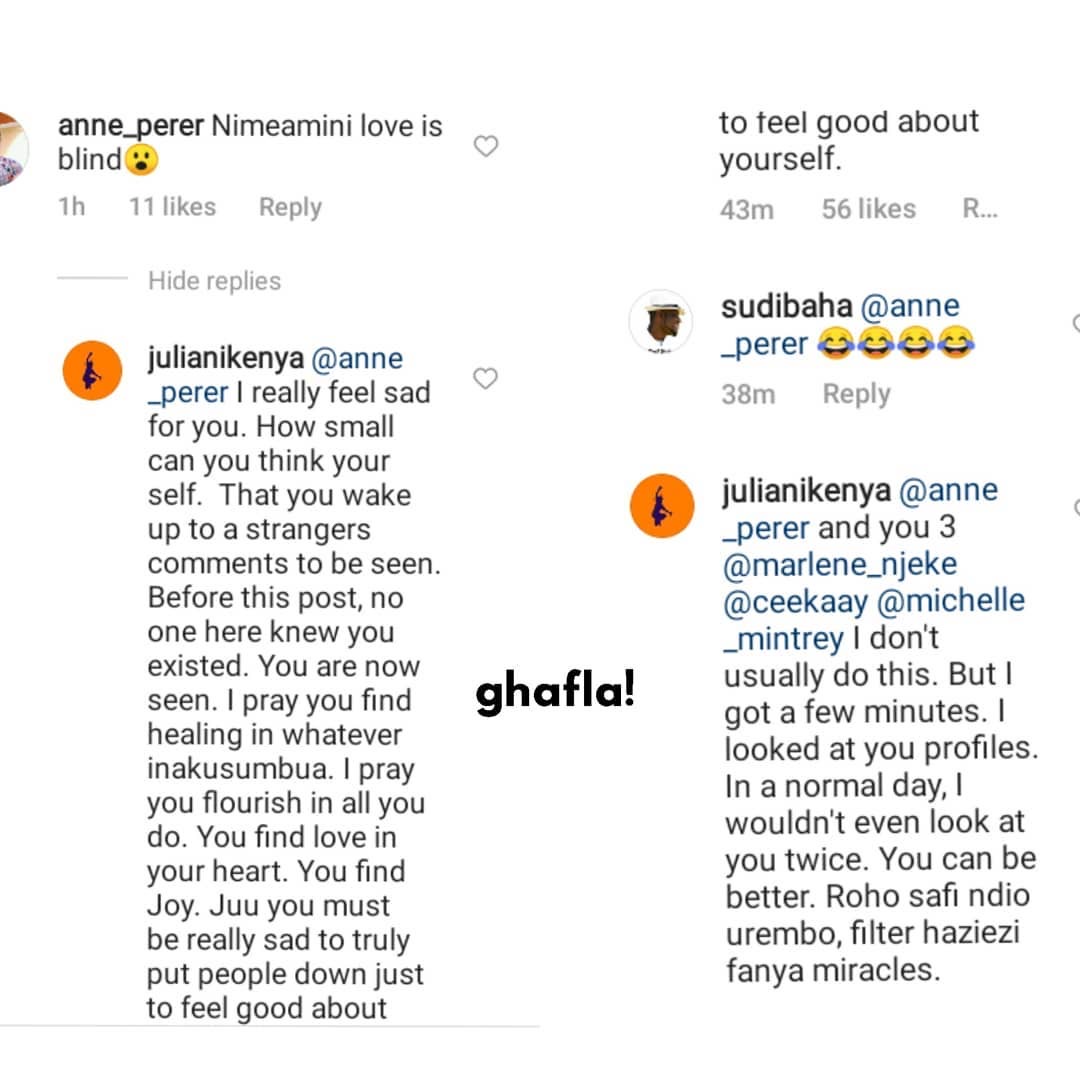