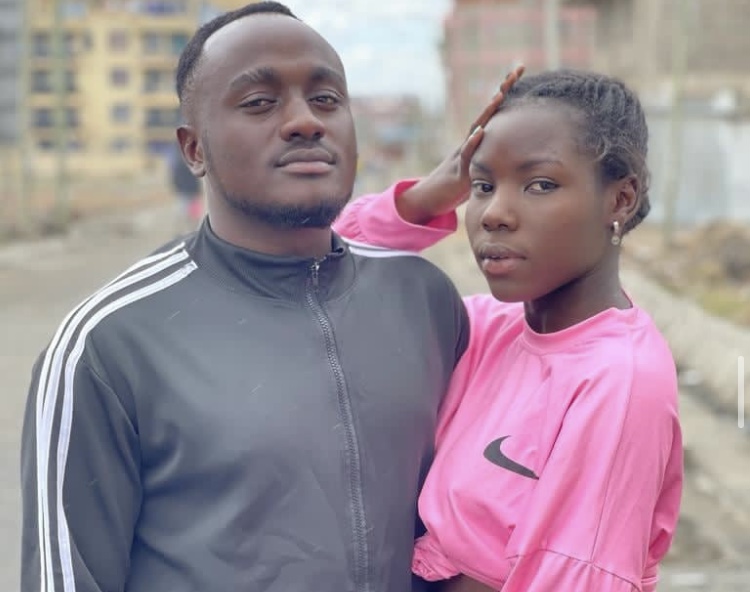 Well, his words say something different from his social media posts – because damn he sure does have a lot of photos with the comedian; and some clearly show how much affectionate he is towards the lass.

For instance as she celebrated her 30th birthday last year, the fella not only poured his heart out to lady but also mentioned his LOVE for her. Actually what he did was put the love bit of his post in CAPITAL letter to emphasize.

HAPPY BIRTHDAY 🥳🥳 to the most stubborn human being @cartoon.comedian 😂!💛💛As you turn 30 I’m wishing you the best in life.✨ The impact you’ve had on my life has been so touching and far greater than you know.♥️✨I’m wishing you a long and happy life, filled with the most magical and memorable times imaginable.🥳😉I LOVE YOU 💛♥️ 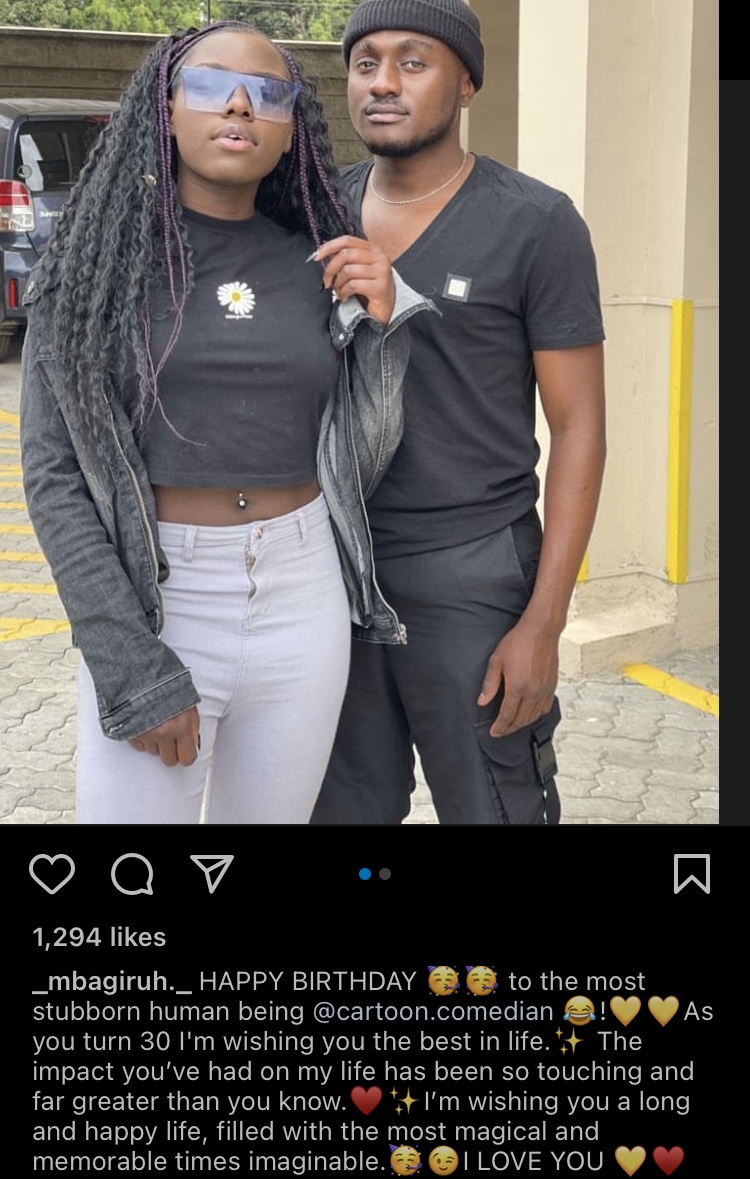 I don’t know if this how people are appreciating their friends but honestly y’all – I must have missed out on this new bail of friends because mine act different.

With the said, Jajo Hughes aka Mbagiruh has distanced himself from the romantic rumors linking him the actress.

He did this during a QnA session with fans where he responded to a fan asking about his romantic life.

Are You dating that sheng lady? 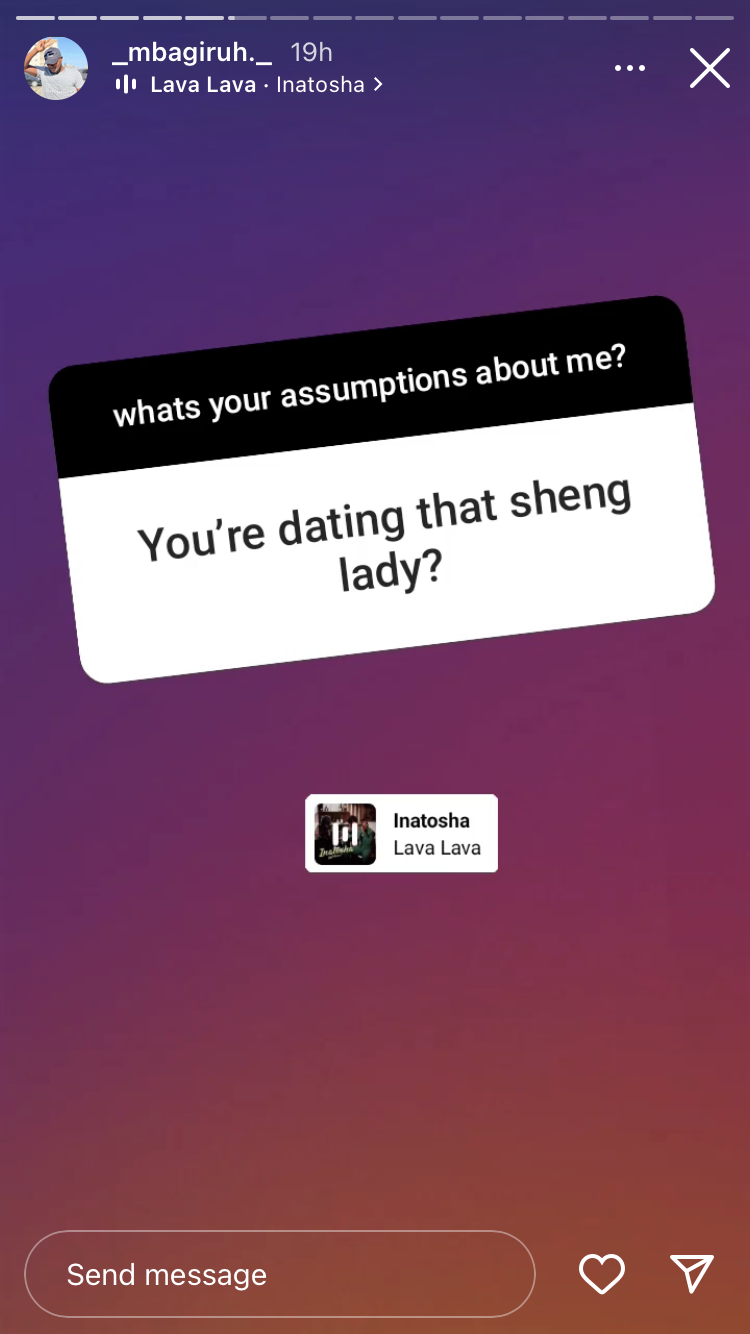 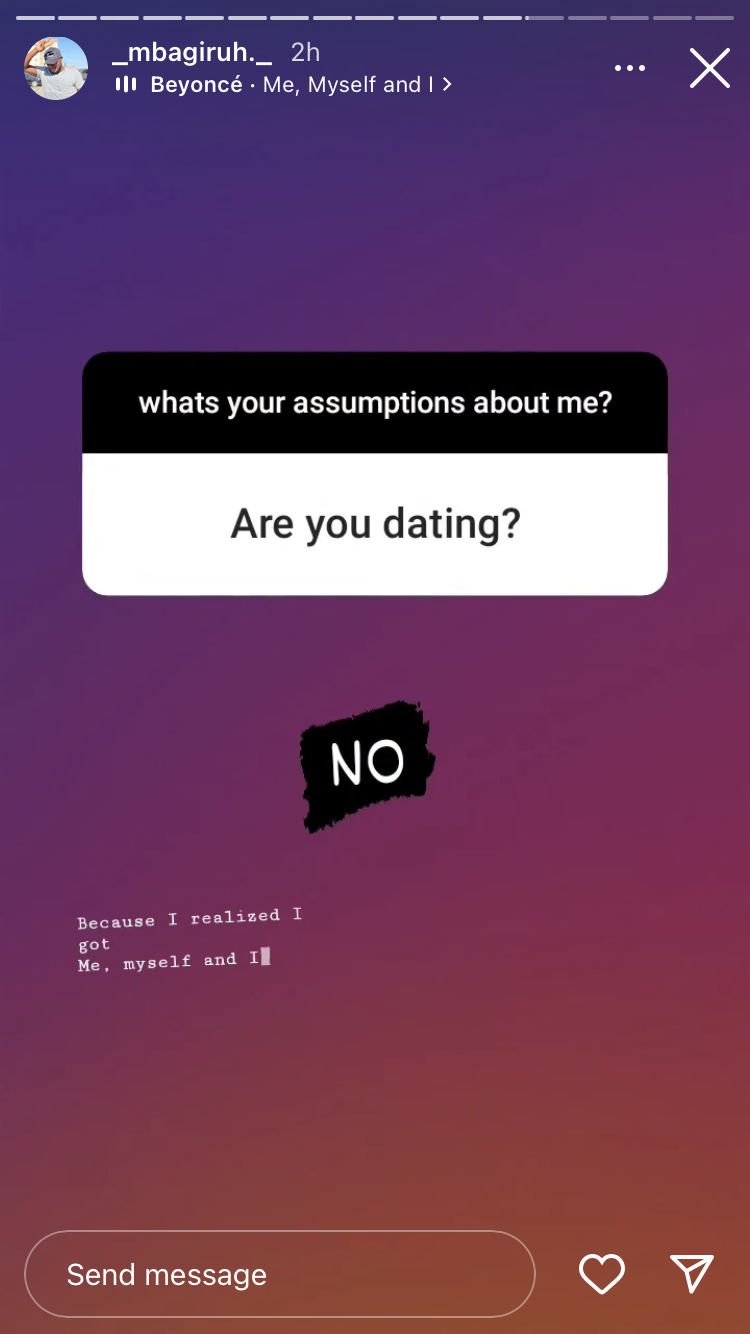