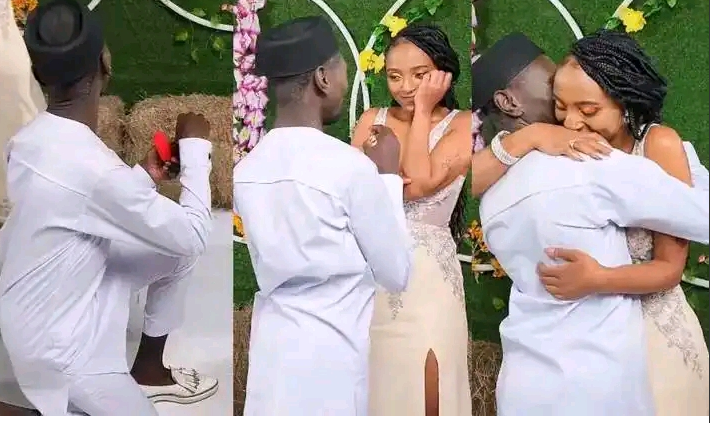 Stivo Simple Boy’s engagement to his new girlfriend left fans in awe as the musician had kept his new lover’s identity under wraps for several weeks. Even though the engagement seemed so staged & planned from the manner of execution, Stivo showed how ecstatic he was with his newly found love monikered Gee.

In his pre-engagement message, Stivo threw shade at his ex Pritty Vishy and implied that he’s now happy with his new catch;

Stivo went ahead to share photos and videos of the engagement, which turned out to be a huge success. In other words, it was a yes for the Freshi Barida hitmaker.
Read also; ‘Hio Proposal Haikupangwa Vizuri’- Pritty Vishy Denigrates Stivo Simple Boy’s Proposal To New Girlfriend (Video)

Stivo might have just snatched someone’s happiness just because of his fame. A rapper identified as Rapdon has come out to accuse the singer for taking away his girlfriend from him. For Stivo, it might have been an inadvertent move. I mean, so many chicks would want a relationship with you once you become famous and rich. And Stivo Simple Boy is no exception.

After making such a paramount accusation, the rapper concluded that he’s ready for an amicable talk with Simple Boy for a way forward.

What we already know is there are so many people out here looking to clout chase with established celebrities. It might just be a kiki stunt by the rapper, or it may be true. Anyway, you can discern what’s cooking by watching his interview below;